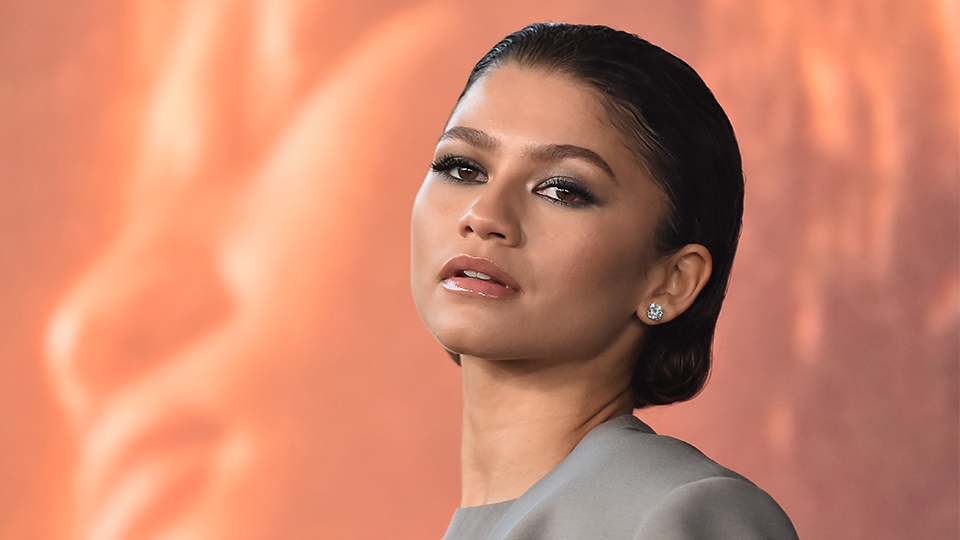 If you’ve been dreading the gradual return to office, perhaps Zendaya’s latest red carpet look will stir up some excitement for the simultaneous return of dressing up. Zendaya’s grey suit single-handedly made me almost long for a 20 slide PowerPoint deck, cushioned leather boardroom chairs and mediocre machine coffee—the key word being almost. Above all, the suit’s strong shoulders and monochrome elegance reminded me of how powerful a good outfit can make you feel, with or without a PowerPoint presentation.

Outside of Zendaya’s day job of being an Emmy-winning actress, she’s also a professional power dresser. The Euphoria star has an incredible ability to make any event involving a red carpet about her because she is always, without a doubt, the best dressed. Zendaya isn’t afraid to take a fashion risk and so far, they’ve all paid off.

You probably recall her incredible Balmain naked dress moment at the Venice Film Festival amongst her many Dune-themed gowns for the movie’s multiple premiers. And it would be impossible to forget her light up Cinderella dress at the Met Gala. While we can count on Zendaya to deliver on over-the-top glamor, her most recent look proves that she can make the same fashion impact with a subtler look. 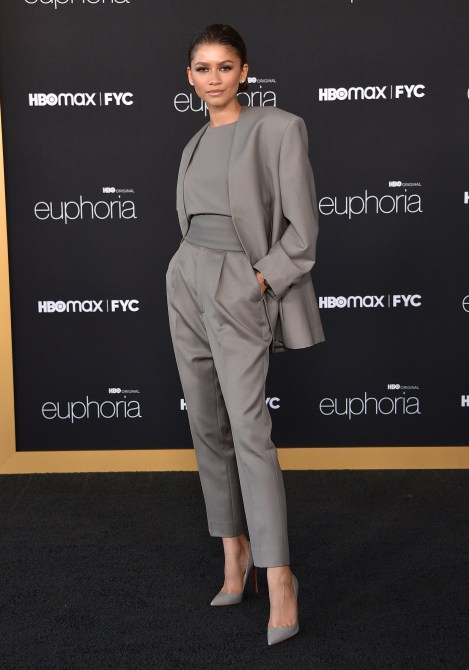 Every power dresser needs a power suit (an unofficial fashion law) and Zendaya wore just that at the Euphoria For Your Consideration (FYC) event at the Academy Museum of Motion Pictures in Los Angeles last night. Her look included a head-to-toe monochrome grey suit by Fear of God complete with perfectly coordinated stiletto heels. Zendaya accessorized with large diamond stud earrings and wore her hair in an elegant low bun.

Oversized blazers have been a celeb favorite for a few seasons now but they are usually paired with a plunging neckline, bra top or mini skirt. Zendaya’s more conservative version of the look was quite frankly refreshing—plus, it’s totally realistic to actually wear to the office. 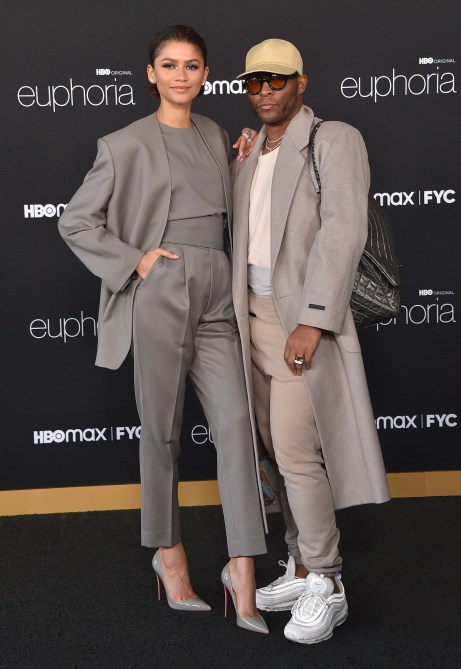 Zendaya even managed to get a photo with her business partner (aka her stylist) Law Roach at the event. Roach and Zendaya have been working together for over a decade and are truly a team when it comes to creating Zendaya’s iconic looks.

This isn’t the first corporate-inspired look Zendaya has picked for a big event. Most recently, she wore a collared Valentino white button down to the Oscars and elevated the look with a floor length sequined skirt. Business on top and party on the bottom is the exact vibe I’ll be channeling for all future Zoom calls.

While Zendaya’s look was the standout from the FYC event, the rest of the Euphoria cast followed suit (literally) and arrived ready for business. Based on the majority of the cast’s outfits, I’d guess there was a “what are you wearing?” group chat blowing up before the event. Sydney Sweeney, Alexa Demie, Barbie Ferreira, Hunter Schafer and Jacob Elordi all wore full black ensembles to match the black carpet. 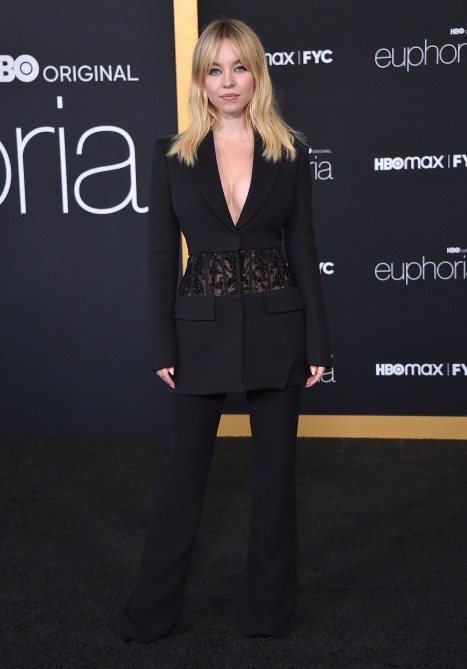 Sydney Sweeney wore a more risqué version of a suit with a deep-v neckline and lace paneling. 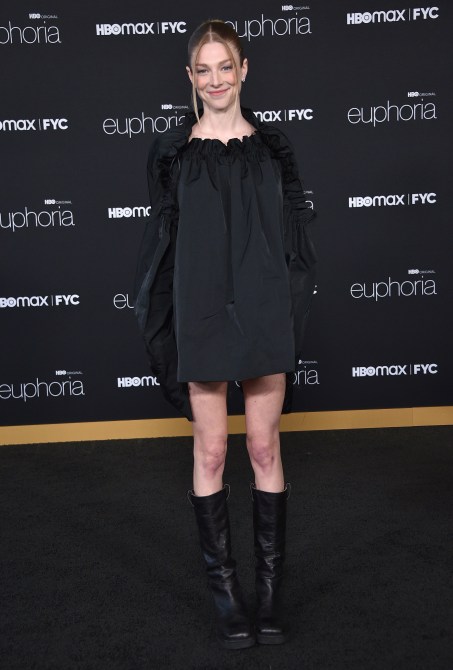 Hunter Schafer usually opts for grungier brands at events and this was no exception. The star wore an MM6 Maison Margiela dress. 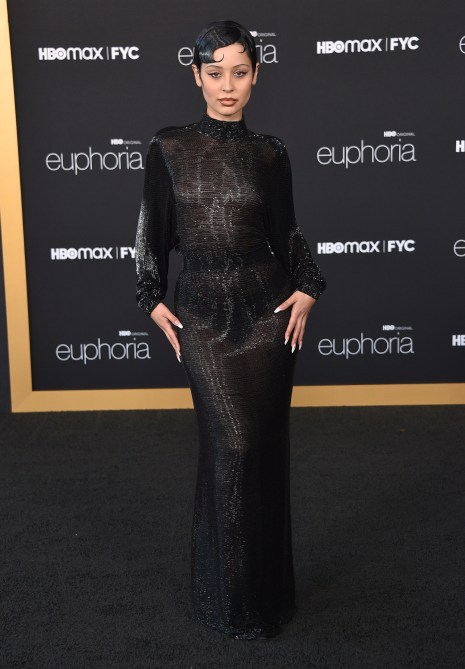 Leave it to Alexa Demie to bring the heightened Hollywood glamor in a sheer black gown. 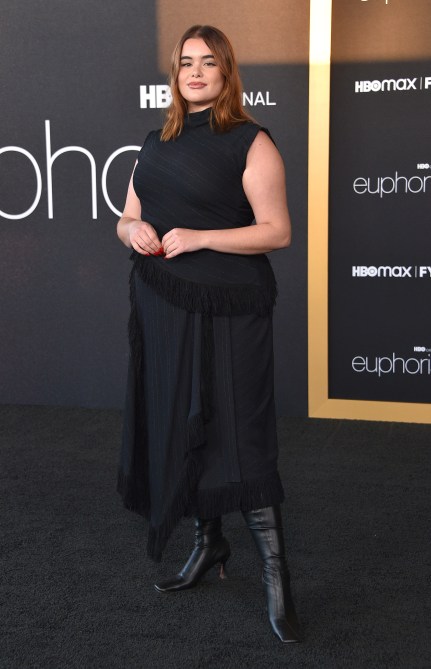 Barbie Ferreira usually wears a lot of color but kept it simple with black leather boots and and a fringe skirt set. 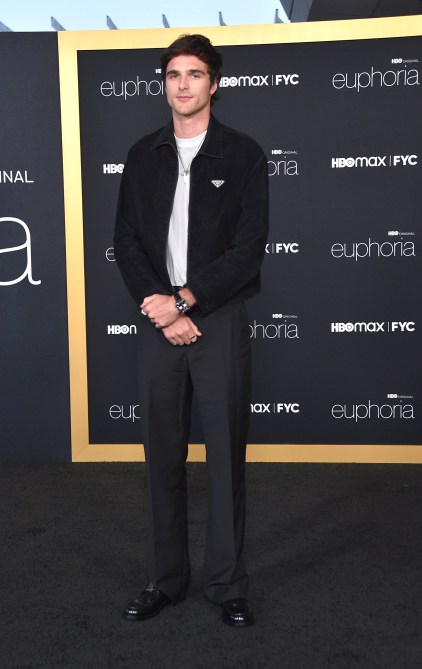 Jacob Elordi mixed formal suit pants with a more casual Prada jacket but kept to the all black memo. 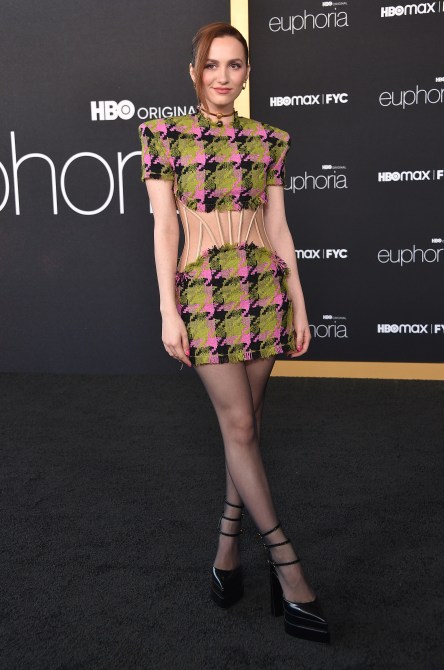 Just as Maude Apatow’s Euphoria character likes to go against the grain, so did the actress in a colorful corset mini dress.

Core Lightning: How Blockstream’s Implementation Rebrand Speaks To Its Long-Term Vision For Bitcoin

Spotted Again! Jacob Elordi and Olivia Jade Are All Smiles at the Park

Can anxious-avoidant relationships ever work? I asked a couples therapist