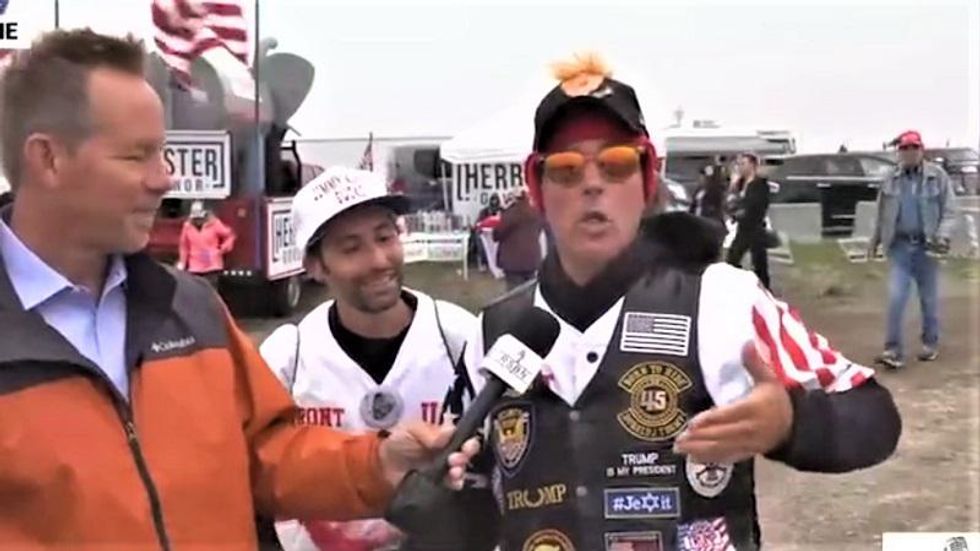 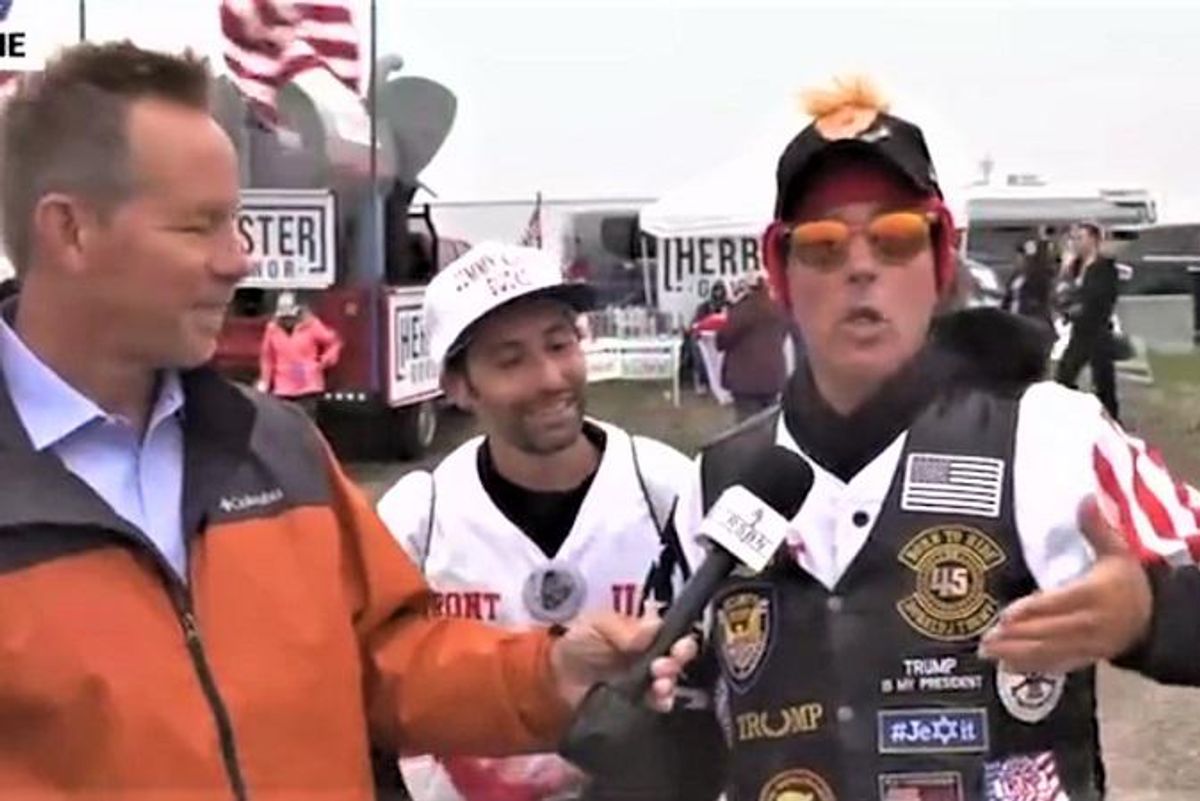 A supporter of former President Donald Trump on Friday called out late-night host Jimmy Kimmel and challenged him to come sit with him at a Trump rally.

In an interview with Right Side Broadcasting Network, the Trump supporter complained that Kimmel regularly mocked people who attend the twice-impeached former one-term president’s rallies.

The man then insisted that he and his fellow Trump fans were “the nicest people,” despite the fact that his friend who was standing right behind him was wearing a “Jimmy Kimmel Sucks” hat.

The man closed by asking Kimmel to invite him onto his show.

“Let us onto your show and we’ll talk about Trump rallies!” he said.

Watch the video below.

The Trump rally \u2018front row\u2019 guys who attend every rally are tired of Jimmy Kimmel making fun of them and they challenge him to come to a rally and sit with them: \u201cCome talk to Trump supporters, we are the nicest people,\u201d he says while wearing a \u2018Jimmy Kimmel Sucks\u2019 hat.pic.twitter.com/vW4NSBKkA8