Joe Biden came into the White House vowing to restore American leadership on the world stage. But the tumultuous end to the war in Afghanistan last year shook Americans’ confidence in their new commander-in-chief, raising doubts about his competence and judgment and sending his approval ratings tumbling.

Now Russia’s invasion of Ukraine has given Biden a second chance to demonstrate the steady leadership he promised, raising hopes among Democrats that the White House’s efforts to punish Moscow for its shocking aggression will resonate with voters in this year’s midterm elections.

But Democrats face stiff headwinds in their attempt to defy historical trends and maintain their narrow majorities in Congress. Among their biggest obstacles are Biden’s deep unpopularity and the rising cost of gas, food and rent, for which Republicans have faulted Democrats.

At the Democrats’ annual retreat in Philadelphia last week, party leaders spoke of a world – and an electorate – reshaped by Russia’s invasion of its democratic neighbor. They said the conflict provided a new clarity of purpose – and a new villain: Russian leader Vladimir Putin.

As the war in Ukraine threatens to push already rising gas prices even higher, Democrats are blaming “Putin’s tax hike”. At the same time, they are touting the administration’s role coordinating a worldwide response to Russia, and the devastating impact of economic sanctions, highlighting a contrast with former president Donald Trump, who has continued to praise Putin.

“That economic bomb that went off inside that dictator’s regime would not have been possible without Joe Biden’s leadership,” New York congressman Sean Patrick Maloney, the chair of House Democrats’ election campaign arm, said in Philadelphia.

This strategy comes with considerable risk. Foreign policy is rarely front of mind for voters. The situation remains volatile and unpredictable. And Republicans are arguing that inflation was on the rise long before Putin ordered his troops into Ukraine.

“Unfortunately, the Democrats’ wayward leadership for the past year has undermined America’s energy potential with senseless policies that seem designed to reverse decades of success and wreak havoc on our gas prices,” he wrote.

Yet Democrats see some reasons to be hopeful. Recent surveys have shown an uptick in support for Biden, buoyed by approval of his handling of the conflict in Ukraine, though his overall ratings are still mired in the low 40s.

Whether voters blame Putin or Democrats for the rising cost of their gas may yet be a central question of the midterm election.

“Democrats didn’t cause this problem,” Biden told Democrats in Philadelphia. “Vladimir Putin did.”

“THIS IS NOT A RUNNING BACKPACK”

For American voters, foreign policy is often an issue that “doesn’t matter until it does,” said Bill Galston, a senior fellow at the Brookings Institution, a Washington-based thinktank.

He said matters of war and peace have “represented two opposite turning points” in Biden’s presidency. While Afghanistan hurt his image as a statesman who could rebuild America’s credibility with allies after four turbulent years of Trump, Galston said the war in Europe has given the US president another chance to prove himself.

“We’ve been through about three decades – the post cold-war era, which has now ended, thunderously – when foreign policy didn’t matter so much,” he said. “But now it does, and I expect that it will continue to, because now we face severe challenges on our western front in Europe and our eastern front in the Indo-Pacific.”

He added that the conflict “has played to the strengths of president Biden and his foreign policy team: they are all deeply transatlantic in their history and their commitments.”

As a senator and vice-president, Biden worked to strengthen the alliances forged in the aftermath of the second world war. Now as president, he sought to unite democracies around the world against the threat of rising autocracies, an effort complicated by the January 6 insurrection at the Capitol and the widespread belief among Republican voters that the 2020 election was stolen.

In recent weeks, Biden has rallied world leaders, tapping his deep foreign policy experience to reinvigorate old alliances that his predecessor had disparaged and nearly abandoned.

“I’ve spent literally hours and hours and hours and hours keeping the alliance together – the EU, Nato, and all of our allies, including our Asian allies,” he told Democrats in Philadelphia. “As a result, we’ve been able to ramp up our economic pressure on Putin and further isolate Russia on the global stage.”

Inflation has weighed down Biden’s approval rating, as Republicans blame government spending and Democrats’ energy policies for the rising cost of gasoline. Research suggests that rising gas prices drives consumer pessimism, an effect that is particularly noticeable among Americans who lived through the 1970s oil crisis.

Guy Cecil, chairman of the Democratic political action committee Priorities USA, told reporters during a briefing last week that Biden’s handling of the war “was reminding people why they voted for Joe Biden to begin with and, frankly, why they opposed Donald Trump”.

Although much of the Democrats’ 2022 messaging will be focused on the party’s economic agenda and legislative accomplishments, Cecil said the war in Russia provides a stark contrast between the president and Trump, who has forced some in his party to walk a tightrope as they aim to condemn Putin without crossing the former president. Priorities USA recently released a dark new ad that highlights Trump’s repeated praise of Putin and accuses Republicans of aligning with a “murderous dictator”.

“Donald Trump continues to say he wants to be a player in politics; he’s endorsing primary candidates around the country,” Cecil said. “He’s raising money for candidates at Mar-a-Lago. He’s doing campaign events, and I think every candidate should be held accountable for Trump’s position.”

In Philadelphia, Democrats expressed confidence that Biden’s leadership in recent weeks would shake the long shadow cast by the administration’s exit from Afghanistan.

“I’m not surprised that his numbers have already bounced back up, and I think you’re going to see that the worst is behind us, and the next chapter is going to be where the American people rediscover they elected a strong, decent man, who is fighting for very important things,” Maloney said. “And it’s the Democrats that are doing that with him against Republican opposition.” 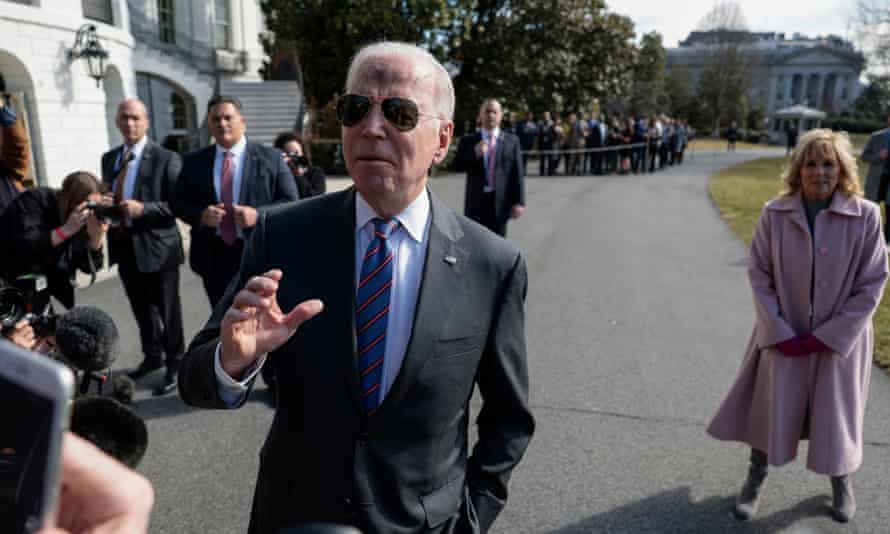 How to Shop More Sustainably at Your Favorite Stores — Like Everlane & Urban...

A curated list of the best hair salons in Melbourne