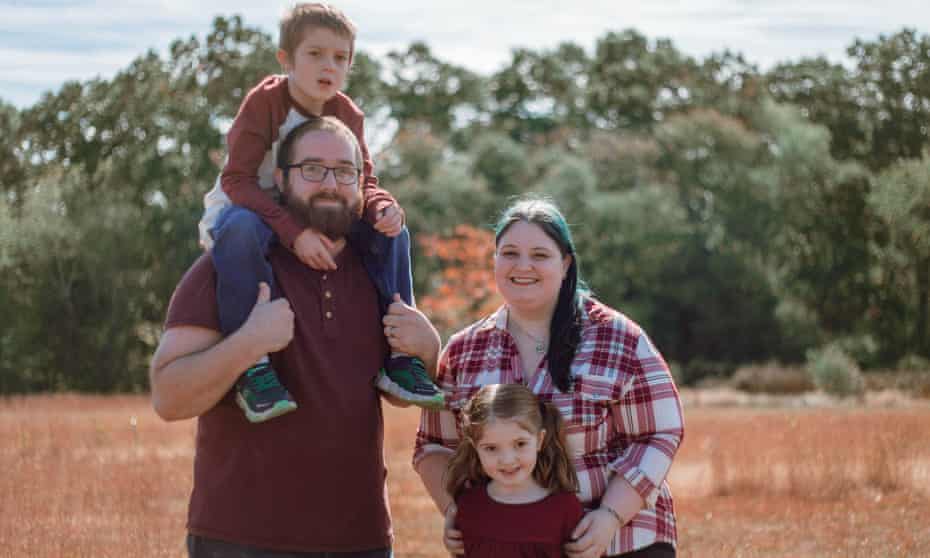 Nine-year-old Turokk Dow loves spelling, airplanes and basketball. He is learning to read and write in his third grade classroom.

But suffering from extreme blood lead poisoning at age 3 – with lead levels nearly ten times the EPA action level – has hugely exacerbated the already-substantial challenges in his young life.

As a toddler, he had to be rushed to the hospital and started on months of “chelation” treatments to soak up the lead in his body. These involved making him swallow a liquid that his mom said “smelled and tasted like rotten eggs”.

“His levels were so high that lead actually got stored in his muscle and his bone,” said his mother, Nette Catholdi-Dow, who now works as an advocate against lead poisoning at the Childhood Lead Action Project in Rhode Island.

She said it was only last year, five years after the poison was first detected, that his lead levels dropped to the single digits, getting close to the EPA’s action level of 5 micrograms per deciliter. He still does not have the ability to hold a conversation, and his mother will always wonder how much the lead contributed to his many learning challenges.

“It was scary,” said Catholdi-Dow, who said the lead came from paint at her hundred-year-old house in the town of Attleboro. “At first I felt like I did something wrong or didn’t keep him safe. Guilt is a big part of it for parents.”

Turokk Dow is one of about 87,000 young children who are diagnosed with lead poisoning in the US each year, more than three decades after the neurotoxin was banned as an ingredient in paint, gasoline and water pipes. Today, lead lingers in houses and apartments, yards and water lines, and wherever states and communities ramp up testing, it becomes clear that the nation’s lead problem is worse than we realized, experts say.

A study published in JAMA Pediatrics this fall suggested that more than half of all US children have detectable levels of lead in their blood – and that elevated blood lead levels were closely associated with race, poverty and living in older housing. Black children are particularly at risk.

“Most American children are exposed to lead, a substance that is not safe at any level,” said co-author Dr Harvey Kaufman, a senior medical director at Quest Diagnostics, which led the study. According to the CDC, “[e]ven low levels of lead in blood have been shown to negatively affect a child’s intelligence, ability to pay attention, and academic achievement.”

“This is an entire United States issue,” Kaufman said. “It really is everywhere.”

The nation’s programs to detect lead before it poisons children and to identify those who have been exposed are astoundingly slipshod.

“We literally are using the blood of our children as detectors of environmental contamination,” said Dr Mona Hanna-Attisha, the pediatrician who helped to expose the drinking water crisis in Flint, Michigan.

States like Rhode Island, which requires all children to get two screenings for lead poisoning by age three, are investing in early detection of lead poisoning. But such initiatives also show the difficulty of removing the toxin from our everyday environments.

Without robust testing, states risk not knowing how bad their lead problem is and leaving sick children behind. “The lead epidemic is the longest-running epidemic in our country,” said Liz Colón, a Rhode Island woman whose son suffered severe lead poisoning two decades ago and who has since become a national advocate for solving the problem.

“There are little Flint, Michigans everywhere,” she said. “But if you don’t test for it, it’s like it doesn’t exist.”

‘A cloud between being sick and being sad’

Because of decades of pressure from the parents and organizers who run the Children’s Lead Action Program, Rhode Island is doing far more testing of children’s blood than most states in the nation.

What health advocates there have discovered is that lead contamination, often thought of as a thing of the past, persists in many communities, with hundreds of new cases of poisoned children discovered every year.

Terri Wright, who grew up in public housing in Providence, says she doesn’t know whether the lead that poisoned her came from the peeling paint or the lead water pipes in her building. But she learned first-hand how the substance can leave lasting marks on a young person’s life.

“I remember spending my childhood in this cloud between being sick and being sad,” said Wright, 51, who still suffers from the social anxiety she developed from being too weak and feverish to play with other children. Today, she does not trust the tap water in Providence, and buys six to eight cases of bottled water for her family every week.

Wright recently joined dozens of Rhode Island activists on the steps of the state capitol, demanding the replacement all the lead pipes in the state’s aging housing stock.

In all of Rhode Island, there are still an estimated 100,000 lead water service lines in use in private houses. And each year about 600 children in the state are discovered to have blood lead levels high enough to meet the EPA intervention levels.

However, children in Rhode Island may be more fortunate than those in other states, where huge numbers of cases are believed to go undetected.

In California, for example, a 2020 report found that 1.4 million low-income children who were supposed to receive testing never got checked for blood poisoning. In some states, like New York, testing of all children is required, but there is often insufficient followup. A study by the New York City comptroller found that 9,000 rental buildings where children tested positive for blood poisoning were never inspected for lead, resulting in additional children being poisoned.

Children all across the nation are at risk. Lead water pipes are still found in millions of homes in all 50 states, a study by the Natural Resources Defense Council found.

Liz Colón has three sons, one of whom suffered from hugely elevated blood lead levels as an infant. Thanks to state health programs that helped her identify his problem, she was able to tutor him as a child to make up for any developmental deficits the lead may have caused.

But today when she looks at her sons, Colón thinks she may see slight differences that lead may have contributed to.

“My son who was lead poisoned has impulse control issues and can be aggressive,” she said, adding that he has never gotten into trouble. “Those are the very subtleties of lead poisoning.”

‘It all comes down to race and class’

As a former state case manager who now works with Rhode Island’s Childhood Lead Action Project, Elizabeth Sorriano has seen the devastation of lead poisoning with her own eyes. She often worked with children who were two or three years old and could not yet speak and others who could not focus or follow their parents’ instructions.

She saw that interventions – such as getting rid of the lead and providing educational support – could make huge improvements in their lives.

“All these things can create misery for a young child that is growing up with all these issues,” she said. “It is something that is preventable. We shouldn’t be dealing with this.”

A 2017 Pew Charitable Trust study found that taking measures to prevent lead exposure for children could provide huge economic benefits to society – up to $84bn a year in increased earnings and savings.

And yet, poorer communities may lack the funding necessary to take on such prevention and remediation programs. While President Biden has made environmental justice a pillar of his administration, the final version of the infrastructure bill contains $15bn for removal of lead water pipes – much less than the $45bn originally proposed.

The study published in JAMA found that children living in areas with the highest levels of poverty were two and a half times as likely to suffer blood poisoning.

Colón said lead poisoning tends to be ignored because it has far higher incidence in poorer neighborhoods of color, where people tend to live in older housing.

“It all comes down to race and class,” she said. “Lead was known as this dirty four-letter word. What people [associate] lead with is dirty people, who don’t clean their house and have kids just sitting around eating paint chips. It’s that stigma that continues to bring our society down.”

Turokk Dow was diagnosed with autism at 18 monthsold, a condition which his mother said predated the lead poisoning. But she believes the poisoning affected her son’s speech and gave him an upset stomach that suppressed his appetite for years.

The treatments for lead poisoning were also torturous. In addition to having to be force-fed the horrible sulfuric medicine, he had to be held down so that doctors could do intravenous blood tests every three months for years.

Catholdi-Dow will never know how much of his speech delays were caused by the lead poisoning. But she said that as soon as his lead levels came down, his speech and his eating improved markedly. Today, he has learned to ask for things that he wants and can say a few sentences.

Catholdi-Dow said she would like to see more education offered to parents – and more steps to prevent this sort of poisoning from ever happening.

“They’re not doing anything until the child gets poisoned,” said Catholdi-Dow. “There should have been more testing – or at least more questioning of the kind of housing we were living in.” 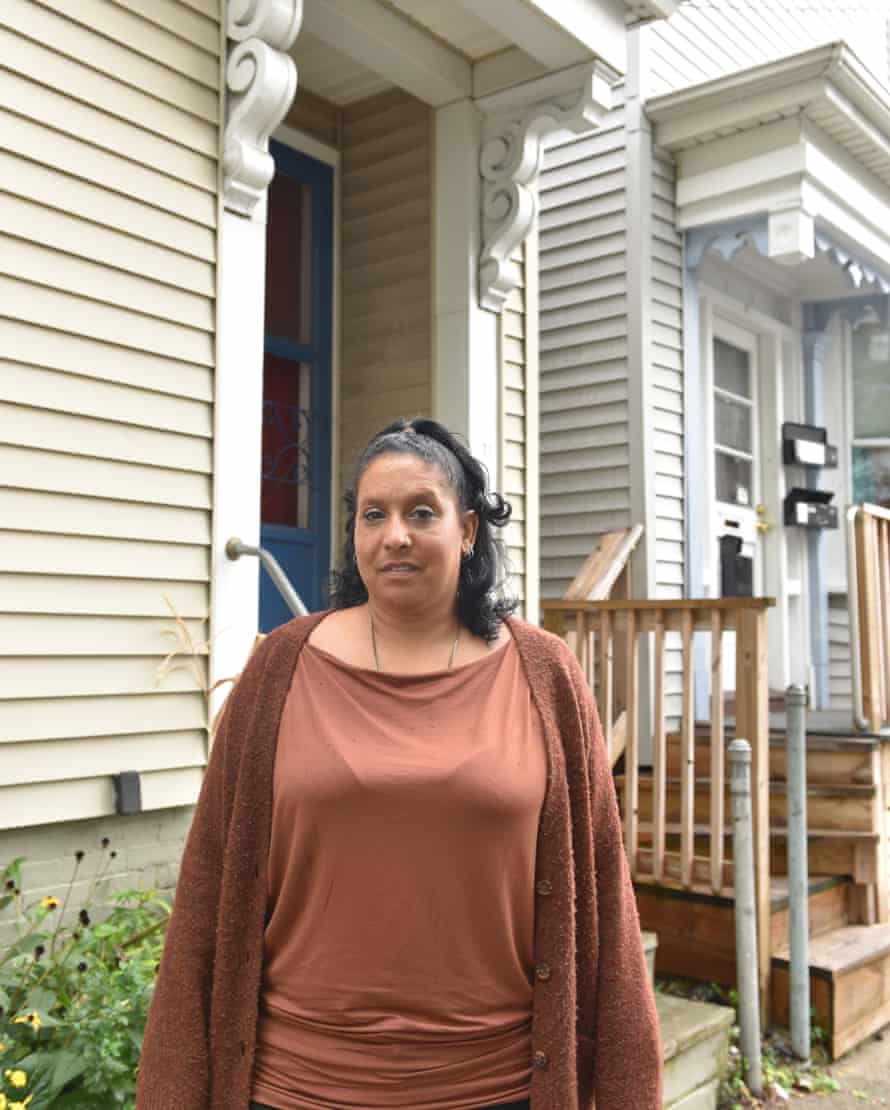 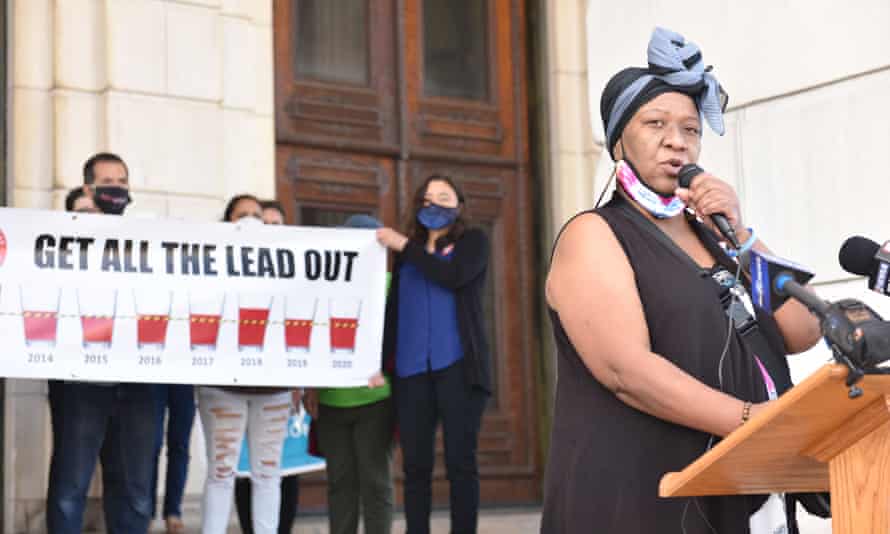 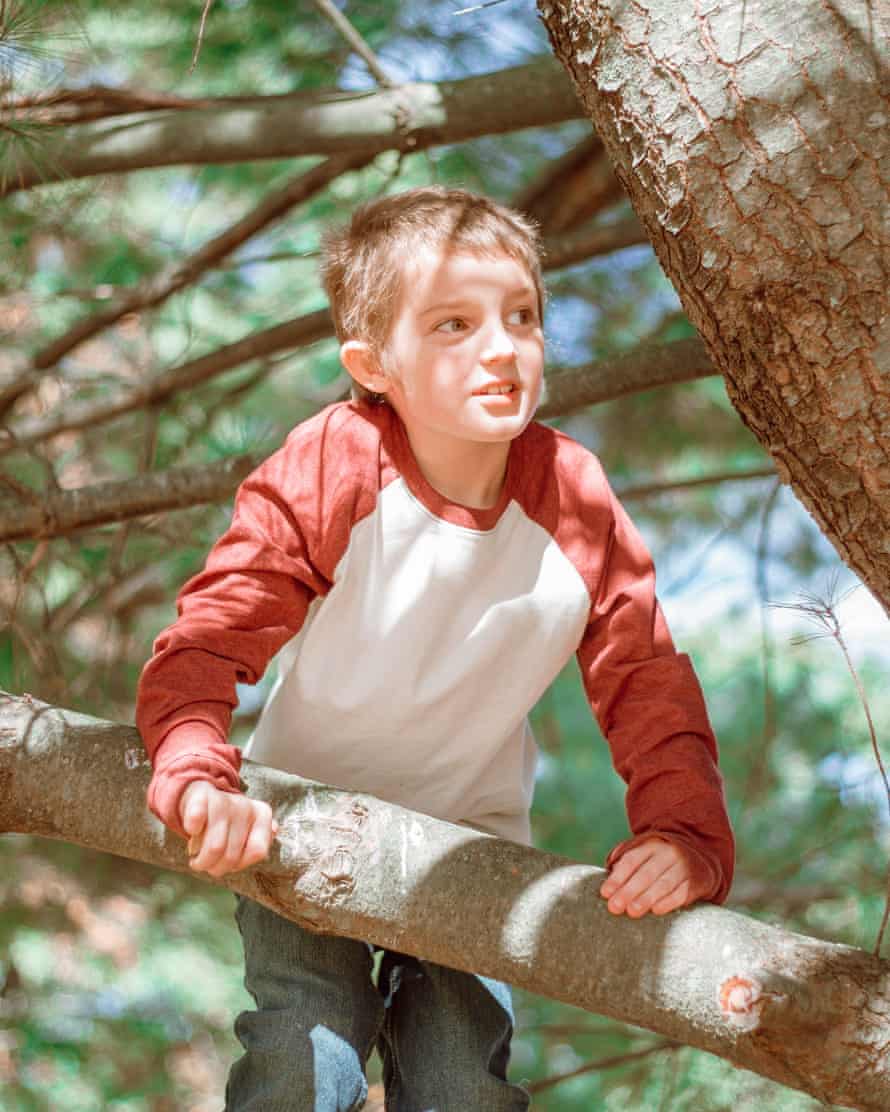 Inside the cream cheese shortage as Kraft offers to PAY fans to buy replacement...

As carbon removal gains traction, economists imagine a new market to save the planet

Could Bitcoin’s security be weakening? Let’s talk about it