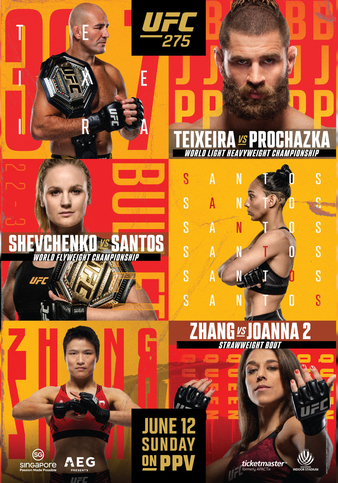 The deal makes VeChain the first ‘Official Layer 1 Blockchain Partner,’ which will receive marketing visibility on UFC assets and events, according to a June 9 news release.

The deal is valued at $100 million over a minimum five-year period, according to a report by Sports Business Journal.

“VeChain’s expertise in using real-world blockchain applications to help the public and private sector achieve their carbon-neutral goals is an effort we are proud to support.

We’re looking forward to working with VeChain to leverage UFC’s worldwide popularity to promote a positive message that blockchain technology can be used to protect our environment for future generations.”

VeChain has previously partnered with Walmart, Bayer, BMW Group, BYD Auto, among others. It also has PwC and DNV as strategic partners.

As part of the deal, VeChain will receive rights for UFC’s official fighter rankings title, which will be changed to ‘UFC Rankings Powered by VeChain,’ according to the press release.

VeChain will also have its branding inside 42 UFC Octagon events and the 10-event Dana White’s Contender Series. Additionally, the blockchain’s branding will also be featured on UFC Fight Decks, the LED displays placed around the Octagon.

VeChain and UFC will also collaborate on content featuring UFC athletes that will be distributed across UFC’s social media channels. The partnership includes an annual Brand Ambassador fund to provide UFC athletes with paid marketing opportunities.

VeChain will unlock its branding rights on June 11 during the ‘UFC 275: TEIXEIRA vs PROCHAZKA’ event at the Singapore Indoor Stadium.

The UFC claims to have 688 million fans across the globe, with its live events broadcasted to around 900 million TV households in over 170 countries. Its previous partnerships in the crypto space include those with Crypto.com and Socios.com.

Socios.com launched a UFC fan token in June 2021. In November 2021, UFC extended its long-term partnership with Crypto.com to launch exclusive UFC non-fungible tokens (NFTs). In April, in collaboration with Crypto.com, the UFC announced new Fight Night bonuses for UFC athletes to be paid in Bitcoin.