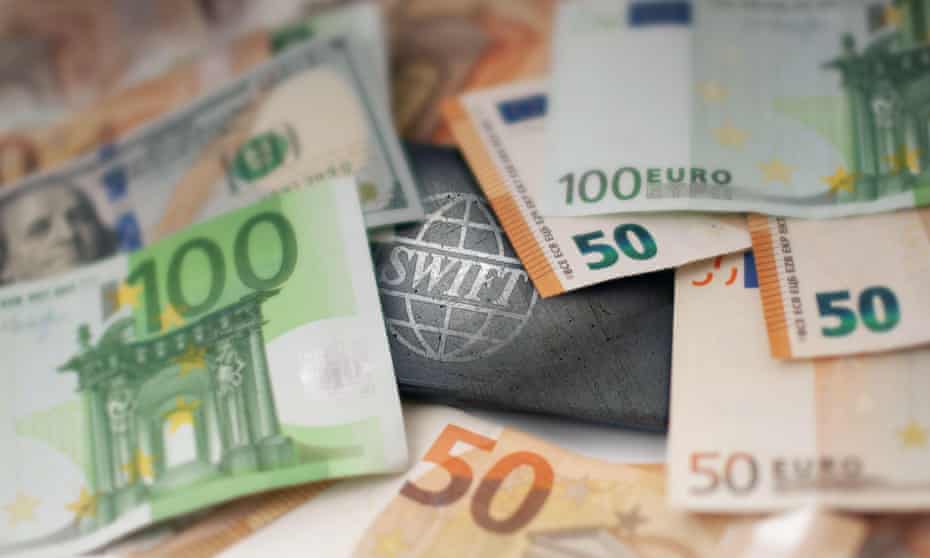 The US, Britain, the EU and Canada have moved to block Russia’s access to the Swift international payment system as part of another round of sanctions against Moscow as it continues its assault against Ukraine.

The measures, which will also include restriction on the Russian central bank’s international reserves, will be implemented in the coming days, the nations said in a joint statement.

The alliance included Germany, which had last week indicated a lack of support for the ban. The move had been eagerly sought by Ukraine. Its foreign minister, Dmytro Kuleba, warned on Thursday that European and US politicians would have “blood on their hands” if they did not support a ban.

In their statement, the western allies said: “As Russian forces unleash their assault on Kyiv and other Ukrainian cities, we are resolved to continue imposing costs on Russia that will further isolate Russia from the international financial system and our economies.

“We stand with the Ukrainian people in this dark hour. Even beyond the measures we are announcing today, we are prepared to take further measures to hold Russia to account for its attack on Ukraine.”

The statement referred to “selected Russian banks” without specifying which institutions would be covered. It said removing them from Swift would “ensure that these banks are disconnected from the international financial system and harm their ability to operate globally”.

It also said it would impose restrictions on Russia’s central bank and “take measures to limit the sale of citizenship – so called golden passports – that let wealthy Russians connected to the Russian government become citizens of our countries and gain access to our financial systems”.

Ethereum Could Tank Further; Here’s What The Charts Say