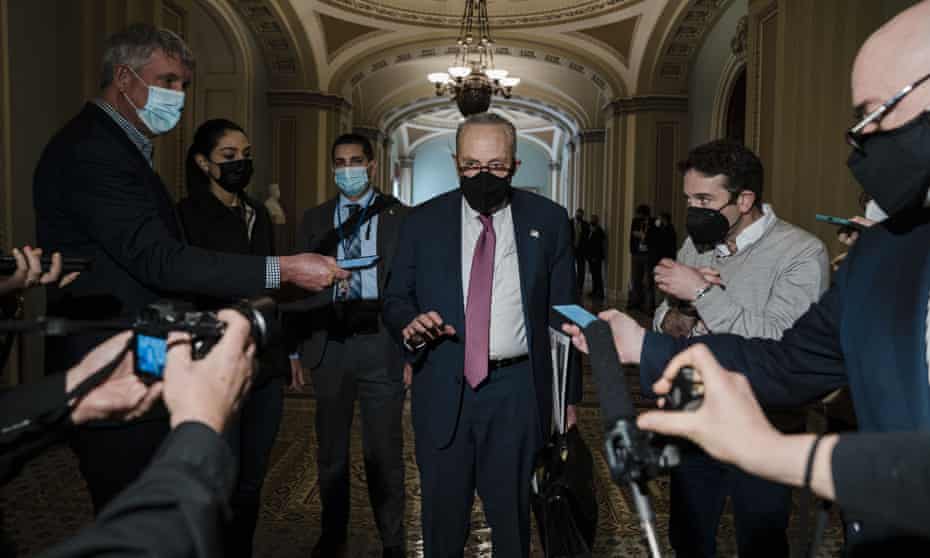 The Senate has given final approval to legislation averting a weekend government shutdown, sending Joe Biden a measure designed to give bipartisan bargainers more time to reach an overdue deal that would finance federal agencies until fall.

Final passage on Thursday was by a bipartisan 65-27 vote, five more than the 60 votes needed. The House easily approved the legislation last week. Each party had concluded that an election-year shutdown would be politically damaging, especially during a pandemic and a confrontation with Russia over its possible invasion of Ukraine.

Yet, as with virtually all must-pass bills, politics hitched a ride. Before passage, conservatives forced votes on amendments including on one of the year’s hot-button issues: Covid-19 vaccine mandates. They were defeated along party lines.

A separate GOP move to block federal spending on pipes used for crack faded away after the Biden administration said it never planned to do that and would not. The money is part of a program aimed at helping drug abusers avoid hurting themselves further.

Some Russians are are skirting website restrictions through VPNs. What are they?

Amending the bill would have caused complications because the House is in recess, but would have had to pass the revamped version before sending it to Biden.

Without Senate passage of the identical House bill, agencies would have had to stop functioning over the weekend. The legislation will finance government through 11 March.

Both parties hope the short-term measure will be the last one needed as negotiators craft compromise bills financing agencies through 30 September. Since the government’s budget year began 1 October 2021, federal agencies have functioned at spending levels approved in the waning weeks of Donald Trump’s presidency.

The new spending bills will be bipartisan compromises but will let Biden and Democrats controlling Congress put more of a stamp on spending priorities. They also are expected to provide defense increases the GOP wants.

In recent decades, Congress has routinely finished its budget work months late. Averting shutdowns prompted by partisan point-scoring has become an accomplishment, not a given.

Bitcoin And The Most Valuable Brands Of The 21st Century

This Section of Target Just Had Me Convinced I Was in an Urban Outfitters,...

Russia-Ukraine war: Moscow hints at scaling back aims to focus on Donbas ‘liberation’ –...

How the ‘vile’ internet birthplace of QAnon is still inciting violence