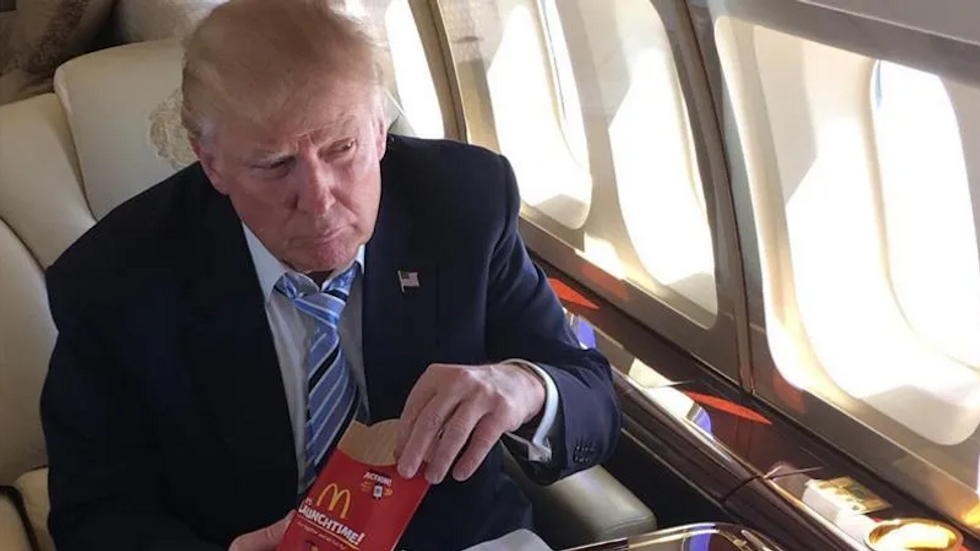 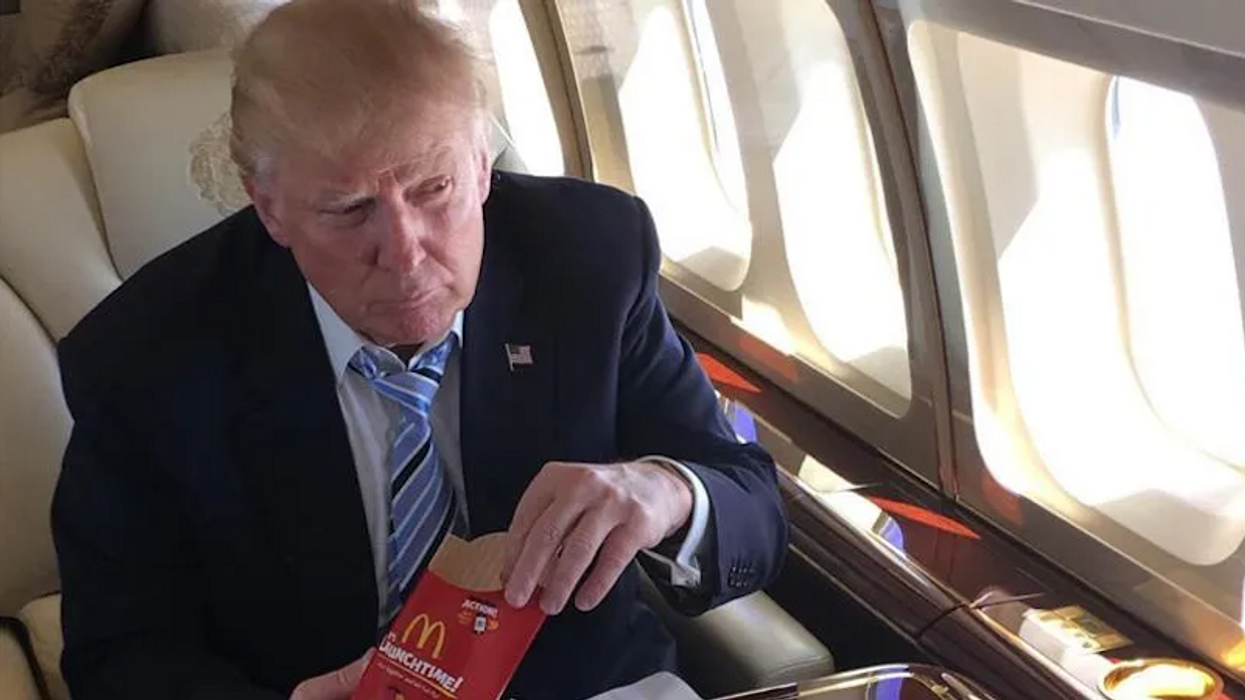 Former president Donald Trump reportedly had McDonald’s brought to Walter Reed hospital after he was taken there following his COVID-19 diagnosis in October 2020.

“Trump had McDonald’s brought to Walter Reed after the Regeneron started kicking in, per Meadows,” Haberman wrote on Twitter Friday night, as she was apparently reading the former chief of staff’s book.

“They had to eat with face shields on at the doctor’s orders, which didn’t thrill any of them,” Haberman added.

Trump is well known for his love of McDonald’s and other fast food and unhealthy fare. His former campaign manager, Corey Lewandowski, once wrote that on the candidate’s airplane, “there were four major food groups: McDonald’s, Kentucky Fried Chicken, pizza, and Diet Coke.”

According to Lewandowski, a McDonald’s meal for Trump typically consisted of “two Big Macs, two Filet-O-Fish, and a chocolate malted” — which, as the Atlantic noted, represents a 2,400 calorie meal with twice the average daily recommendation of sodium. According to the CDC, obesity may triple the risk of hospitalization due to a COVID-19 infection.

In the White House, Trump directed kitchen staff to make McDonald’s menu items, and served fast food to the Clemson Tigers national champion football team. Journalist Michael Wolff once reported that Trump likes McDonald’s because of his “longtime fear of being poisoned,” since “nobody knew he was coming and the food was safely premade.”

Meadows’ book made headlines this week in part due to his revelation that Trump tested positive for COVID before his first debate with President Joe Biden — and a week before announcing his diagnosis.

According to Haberman, Meadows also wrote about coming down with COVID himself after Election Day.

“The president told me it was not a convenient time for me to get sick,” he wrote.

I Hereby Declare 2022 The Year of the Catsuit