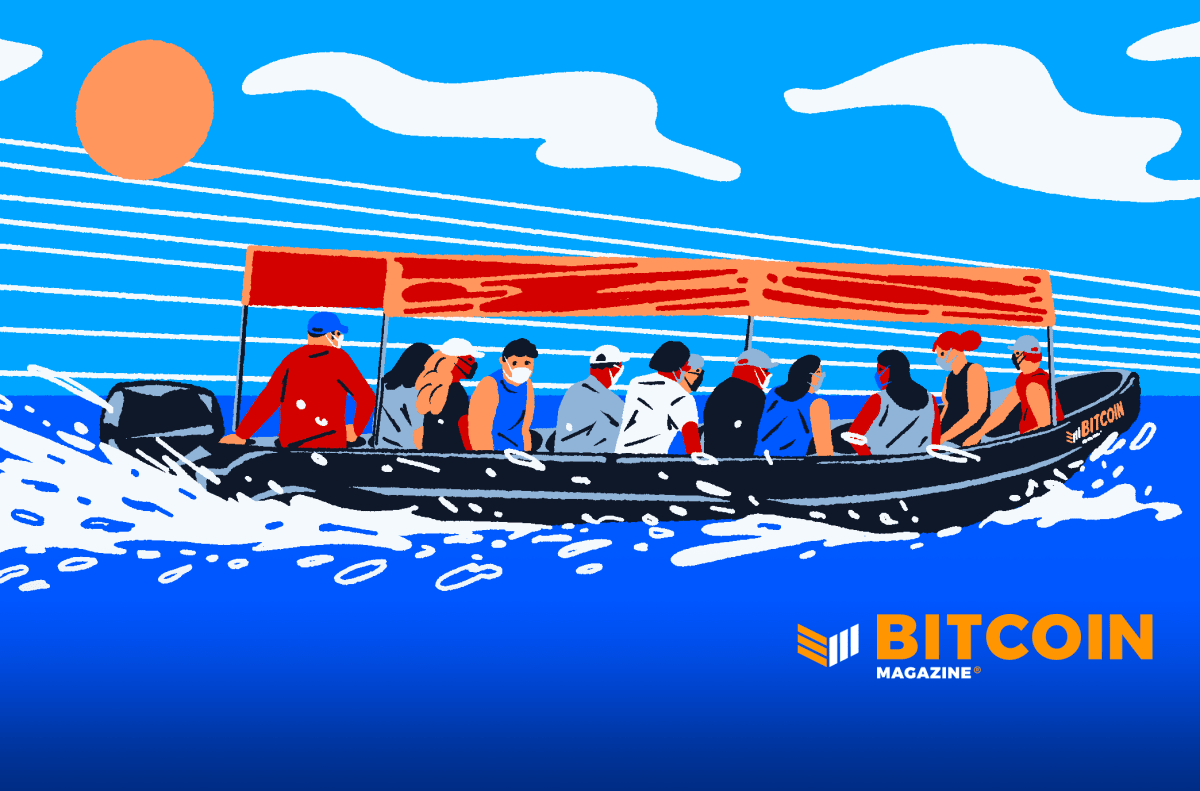 A philanthropic effort led by the Built With Bitcoin Foundation and Bitcoin Magazine provided a ferry, school supplies and hope to an island in El Salvador.

At the beginning of February 2022, I had the opportunity to travel to El Salvador to represent Bitcoin Magazine during the unveiling of the “Bitcoin Boat” with the Built With Bitcoin Foundation.

It was my first time outside of the country in a number of years and I was excited to discover a territory being directly influenced by the growing technology and financial impact of Bitcoin.

After becoming the world’s first country to adopt bitcoin as legal tender last September, some may think of El Salvador as a bit of a social experiment, but it’s important to understand the impact that Bitcoin can have on the El Salvadoran economy and some of the different ways bitcoin helps provide long-term financial freedom and stability.

About a two-hour drive southeast from San Salvador, the capital city of El Salvador, lies the small community of Isla Tasajera. The island is bordered to the south by the Pacific Ocean and is only accessible by boat, with a small population of roughly 1,500 residents.

In partnership with Bitcoin Black Friday, last November, Bitcoin Magazine helped raise funds to build and donate a brand-new boat to ferry students and teachers to and from school, as well as transport groceries and supplies. Along with the boat, funds raised were also used to purchase general school supplies, laptops for the technology center and upkeep of the school.

Previously, students and teachers paid $3 a day to commute to and from the mainland. With this boat, they can now commute at no cost. To some, this boat is just another means of transportation, but to the people of Isla Tasajera, the Bitcoin Boat represents a lifeline to the outside world.

So, Why Use Bitcoin?

For more than six months, the Built With Bitcoin Foundation has been working tirelessly to improve this community through the education of Bitcoin.

But how can you teach people about the functionality of Bitcoin if they do not even have a source of clean water?

Most of the island is underdeveloped and the people there live in homes that lack adequate sanitation, have an irregular electricity supply and are built of flimsy materials. A short walk from the dock, we arrived at the school that the Built With Bitcoin Foundation helped restore. A celebration of excitement ensued, and we were greeted by the students and their families. I was immediately overwhelmed with a mixture of emotion and gratitude, and was thankful to be given the opportunity to be a part of something as big as this project.

“We are so grateful to have the support of the foundation,” the community leader on the island, Don Walter, said. “Six months ago, we didn’t know what Bitcoin was, but now we have the opportunity to learn and continue teaching others of its value.”

Enormous mansion on sale for £8.4m leaves house-hunters appalled as decor is ‘like a sex cult’

So, why use Bitcoin?

Bitcoin is fast, cost-effective and transparent. It allows the Built With Bitcoin Foundation to send funds quickly without the slow and nefarious eye of third-party banks. A number of these families on the island do not have bank accounts, but in order to use bitcoin, all you need is a cell phone.

On Isla Tasajera, sometimes a few days can mean the difference between life and death if supplies are running low or a storm cuts the island off from basic needs. Bitcoin provides the island with the ability to send value almost instantly, whereas traditional banks may take three to five business days to process certain fiat transfers.

“People won’t adopt anything they don’t understand,” said Yusuf Nessary, Built With Bitcoin’s director of philanthropy. “In the communities we work in, we provide education — how Bitcoin can help and enrich their daily lives and how it could be a means of finally attaining financial freedom.”

In some sense, this is exactly what Satoshi Nakamoto wanted when they created Bitcoin: a peer-to-peer, human-to-human form of currency.

The people of Isla Tasajera are not concerned with the daily fluctuation of the bitcoin price. They are not “buying the dip” on the pretext of a Twitter meme. They are buying bitcoin to get out from underneath the strong arm of the fiat system that has been holding a number of countries like El Salvador back from international independence and growth for centuries.

“Our foundation exists because of communities like Isla Tasajera who have embraced change,” Ray Youssef, executive director of the Built With Bitcoin, added. “While many parts of the developed world are fixated on the speculative activity of Bitcoin, the people of El Salvador are teaching us about its true use cases and the opportunity it presents for greater financial inclusion of the underbanked.”

Traditionally, Bitcoin is associated with freedom and hope. Now, Bitcoin will be associated with education. Knowledge is one of the most powerful tools we can pass on to our children in the battle against fiat currency, and the Built With Bitcoin Foundation is using it to build a better world, one bitcoin at a time.

With the help of Bitcoin Magazine, the Built With Bitcoin Foundation and Francisco Gavidia University, which also donated funds, the children of Isla Tasajera will be provided a proper education and grow up to become leading members of their communities. They will pass on the knowledge to their children and grandchildren, and continue to further the economy in El Salvador.

In doing so, Bitcoin is creating another form of generational wealth through education. Hyperbitcoinization is unfolding today right before our very eyes, and the Built With Bitcoin Foundation is just one of many organizations that are directly impacting and teaching the leaders of the future with it.

What can John Roberts do about Clarence Thomas?

On the State of Fashion: A Superbowl Halftime Fashion Recap (Including Mary J Blige...