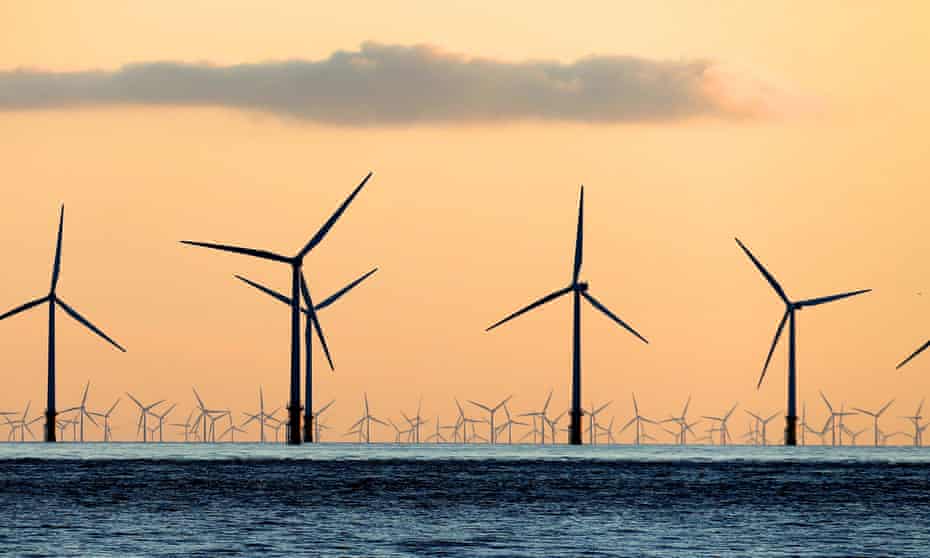 The pictures this morning of Russian tanks rolling across the Ukrainian countryside seemed both surreal – a flashback to a Europe that we’ve seen only in newsreels – and inevitable. It’s been clear for years that Vladimir Putin was both evil and driven and that eventually we might come to a moment like this.

One of the worst parts of facing today’s reality is our impotence in its face. Yes, America is imposing sanctions, and yes, that may eventually hamper Putin. But the Russian leader made his move knowing we could not actually fight him in Ukraine – and indeed that his hinted willingness to use nuclear weapons will make it hard to fight him anywhere, though one supposes we will have no choice if he attacks a Nato member.

But that doesn’t mean there aren’t ways to dramatically reduce Putin’s power. One way, in particular: to get off oil and gas.

This is not a “war for oil and gas” in the sense that too many of America’s Middle East misadventures might plausibly be described. But it is a war underwritten by oil and gas, a war whose most crucial weapon may be oil and gas, a war we can’t fully engage because we remain dependent on oil and gas. If you want to stand with the brave people of Ukraine, you need to find a way to stand against oil and gas.

Russia has a pathetic economy – you can verify that for yourself by looking around your house and seeing how many of the things you use were made within its borders. Today, 60% of its exports are oil and gas; they supply the money that powers the country’s military machine.

And, alongside that military machine, control of oil and gas supplies is Russia’s main weapon. They have, time and again, threatened to turn off the flow of hydrocarbons to western Europe. When the Germans finally this week stopped the planned Nordstream 2 pipeline, Putin’s president Dimtry Medvedyev said, “Welcome to the new world where Europeans will soon have to pay 2,000 euros ($2,270) per thousand cubic meters!” His not very subtle notion: if the price of keeping houses warm doubles, Europe will have no choice but to fold.

Finally, even the Biden administration – which has been playing its hand wisely in the lead up to the invasion – is constrained by oil and gas. As we impose sanctions, everyone’s looking for an out: the Italians want to exempt high-end luxury goods and the Belgians diamonds, but America has made it clear that it it doesn’t want to seriously interrupt the flow of Russian oil for fear of driving up gas prices and thus weakening American resolve.

As one “senior state deparment official” told the Wall Street Journal this week, “doing anything that affects … or halts energy transactions would have a great impact on the United States, American citizens and our allies. So our intention here is to impose the hardest sanctions we can while trying to safeguard the American public and the rest of the world from those measures,” the official said. It’s obviously not an idle fear: as of this morning Tucker Carlson was attacking Russia hawk Lindsay Graham for supporting a conflict that will bring “higher gas prices” while he has a “generous Congressional pension”. If you’re an apologist for fascism, high gas prices are your first go-to move.

So now is the moment to remind ourselves that, in the last decade, scientists and engineers have dropped the cost of solar and windpower by an order of magnitude, to the point where it is some of the cheapest power on earth. The best reason to deploy it immediately is to ward off the existential crisis that is climate change, and the second best is to stop the killing of nine million people annually who die from breathing in the particulates that fossil fuel combustion produces. But the third best reason – and perhaps the most plausible for rousing our leaders to action – is that it dramatically reduces the power of autocrats, dictators, and thugs.

Imagine a Europe that ran on solar and wind power: whose cars ran on locally provided electricity, and whose homes were heated by electric air-source heat pumps. That Europe would not be funding Putin’s Russia, and it would be far less scared of Putin’s Russia – it could impose every kind of sanction, and keep them in place until the country buckled. Imagine an America where the cost of gas was not a political tripwire, because if people had to have a pickup to make them feel sufficiently manly, that pickup ran on electricity that came from the sun and wind. It would take an evil-er genius than Vladimir Putin to figure out how to embargo the sun.

These are not novel technologies – they exist, are growing, and could be scaled up quickly. In the years after Hitler invaded the Sudetenland, America turned its industrial prowess to building tanks, bombers, and destroyers. In 1941, in Ypsilanti, the world’s largest industrial plant went up in six month’s time, and soon it was churning out a B-24 bomber every hour. A bomber is a complicated machine with more than a million parts; a wind turbine is, by contrast, relatively simple. In Michigan alone (“the arsenal of democracy”), a radiator company retooled to make 20m steel helmets and a rubber factory retooled to produce the liners for those helmets; the company that made the fabric for Ford’s seat cushions stopped doing that and started pushing out parachutes. Do we think that it’s beyond us to quickly produce the solar panels and the batteries required to end our dependence on fossil fuel?

It’s not easy – among other things, Russia has a good deal of some of the minerals that help in renewable energy production. (Nickel, for example.) But, here again, the example of the second world war is helpful – with the Axis in control of commodities like rubber, we quickly figured out how to mass produce substitutes.

It’s true that we could produce carbon free energy with nuclear power too, as long as we were willing to pay the heavy premium that technology requires – and right now Germany is probably regretting its decision to hastily shutting down its reactors in the wake of the Fukushima accident. But if you think about the scenario now unfolding across Europe, you’re reminded of another of the advantages of renewable power, which is that it’s widely distributed. There are far fewer central nodes to attack with cruise missiles and artillery shells – targeting reactors is pretty easy, but driving your tank across Europe from one solar panel to the next so you can get out to smash it with a hammer is comical.

At the moment, big oil is using the fighting in Ukraine as an excuse to try to expand its footprint – reliable industry ally Kristi Noem, the governor of South Dakota, went on Fox this week to argue that stopping the Keystone XL pipeline had empowered the Russian leader, for instance, and the American Petroleum Institute today called for more oil and gas development. But this is absurd – we may need, for the remaining weeks of this winter, to insure gas supplies for Europe, but by next winter we need to remove that lever. That means an all-out effort to decarbonize that continent, and then our own. It’s not impossible.

We have to do it anyway, if we’re to have any hope of slowing climate change. And we can do it fast if we want: huge offshore windfarms in Europe have been built inside of 18 months without any wartime pressure.

We should be in agony today – people are dying because they want to live in a democracy, want to determine their own affairs. But that agony should, and can, produce real change. (And not just in Europe. Imagine not having to worry about what the king of Saudia Arabia thought, or the Koch brothers – access to fossil fuel riches so often produces retrograde thuggery). Caring about the people of Ukraine means caring about an end to oil and gas.

3 journalists have been killed over 3 days in Mexico