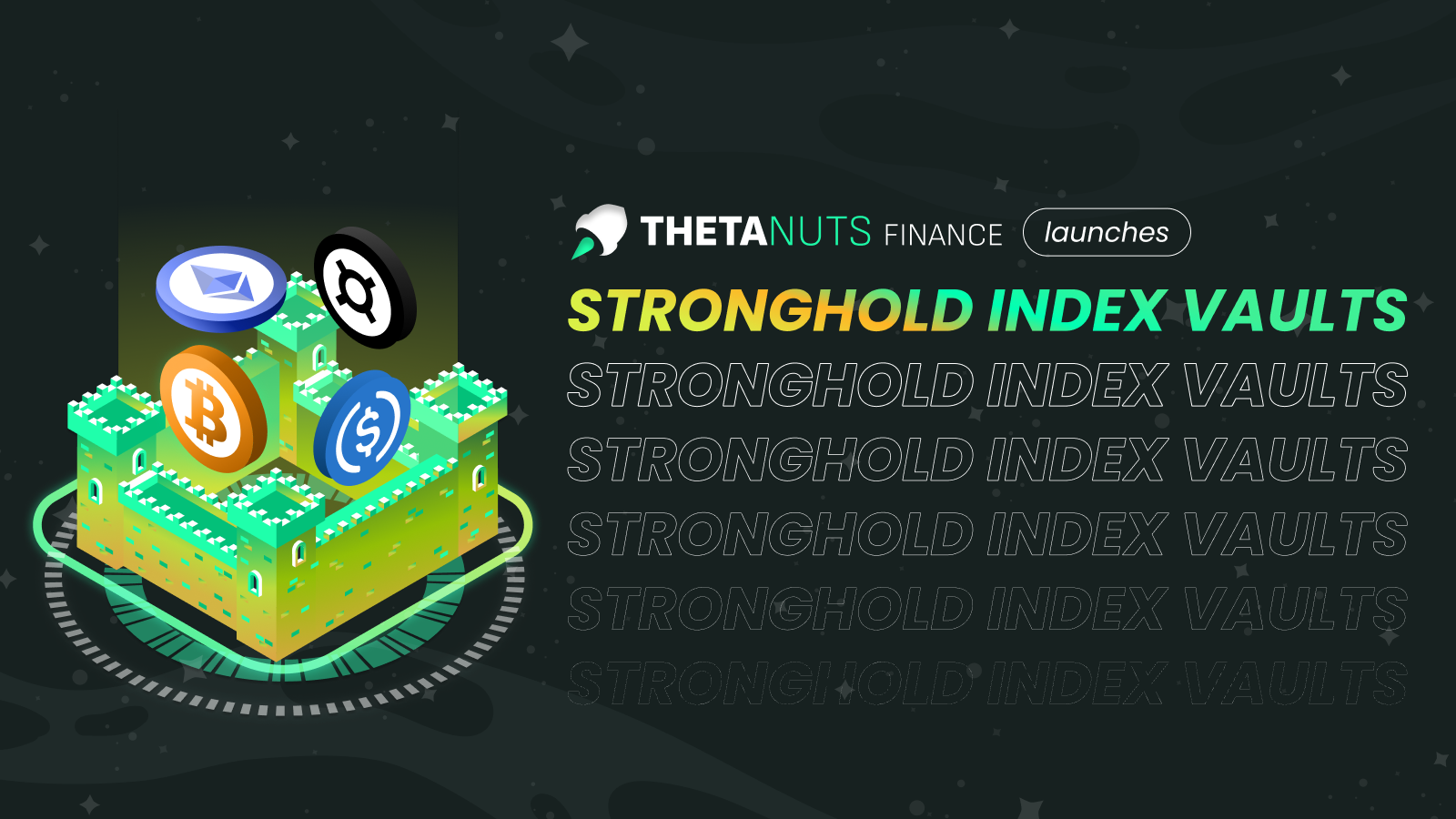 Through the Thetanuts Stronghold protocol, user’s staked assets are automatically deployed into specified covered selling option strategies through the use of smart contracts. The base yield is obtained via the payment of premiums as opposed to the inflationary token rewards seen in many other DeFi protocols. Users receive a yield-bearing token that generates superior returns by selling options across the curve, while benefiting from a diversified risk profile. The strike prices and expirations of each Stronghold strategy are algorithmically determined to generate the highest risk-adjusted yield.

“I am excited about Thetanuts Stronghold because it gives users great risk adjusted returns through selling diversified option selling strategies.” said Stelian Balta CEO of Hyperchain, an investor in Thetanuts. He added “great team and looking forward to Thetanuts being the future benchmark of yield generation.”

The protocol aims to solve problems around choice paralysis, liquidity lock and concentrated risk. With competing protocols, investors are faced with a choice of multiple put vaults on the same chain, which can make it difficult to decide which one is most suitable. In addition, once users enter a vault position on other protocols, their liquidity is collateralized and can only be withdrawn once the vault expires. Finally, single strike single tenor vaults carry the risk of going in-the-money on one strike.

With Thetanuts Stronghold, investors benefit from simpler investment choices and are able to withdraw their liquidity at any time, while risk management is achieved by diversification. The Stronghold indexes are backed by multi strike, multi tenor, multi asset options vaults aggregated into a single Stronghold token, protecting users from excessive vault draw-downs in bearish market conditions. In addition, the multi strike, multi tenor strategy protects users from temporary market downturns via mean reversion.

Investors further benefit from an improved user interface courtesy of two major updates. All Thetanuts Stronghold products have been consolidated into a single, simplified panel, allowing users to easily discover assets to generate yield on, interact with the indexes they’re most suited to, and understand which blockchain their assets are hosted on. Meanwhile, yield generation becomes as simple as a swap – simply swap the underlying asset for Stronghold and vice versa with a single click, moving into and out of a position at any time.

Thetanuts Stronghold has launched initially with the USDC Stronghold index vault and is live now on Ethereum, Binance Smart Chain and Avalanche, with Polygon, Fantom and other chains launching soon. As the product gains traction among DeFi investors over the coming months, Thetanuts will launch other Stronghold indexes for additional major crypto assets.

Thetanuts F inance’s DeFi structured products and its customizable vaults are the future of generating yield. The platform is designed to provide treasury management for DAOs, as well as help retail traders earn yield on their tokens. Thetanuts’ vaults simplify the process of options trading, making previously complex instruments easy for any investor to access, empowering users to monetize volatility in a risk-adjusted manner. Launched in August 2021, Thetanuts is founded by a team of programmers, hedge fund managers, and financial analysts who specialize in building financial crypto products.

How Web3 is Going to Revolutionize Enterprise?