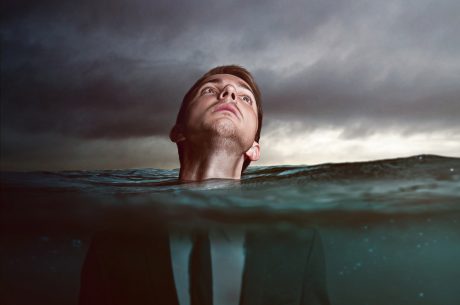 Ethereum gained bearish momentum after it broke the $1,920 support against the US Dollar. ETH might extend losses if it breaks the $1,760 support.

There was a break below a major contracting triangle with support near $1,900 on the hourly chart of ETH/USD. The bears pushed the price below the 61.8% Fib retracement level of the upward move from the $1,705 swing low to $2,015 high.

A clear move above the $1,888 level might push the price towards the main resistance at $1,920. Any more gains may perhaps send it towards the $2,000 resistance zone.

If ethereum fails to recover above the $1,888 resistance, it could extend its decline. An initial support on the downside is near the $1,785 zone.

The next major support is near the $1,760 level. A downside break below the $1,760 level might send the price towards $1,720. Any more losses could initiate a move towards the $1,650 level in the near term, where the bulls might emerge.

Hourly MACD – The MACD for ETH/USD is now losing momentum in the bearish zone.

Hourly RSI – The RSI for ETH/USD is now below the 40 level.

How this Goblin Town Collector Got Scammed and Lost 10 ETH

The Dubai Hotel Accepts Crypto Payments, Here’s What We Know

How to find opportunities in a bear market