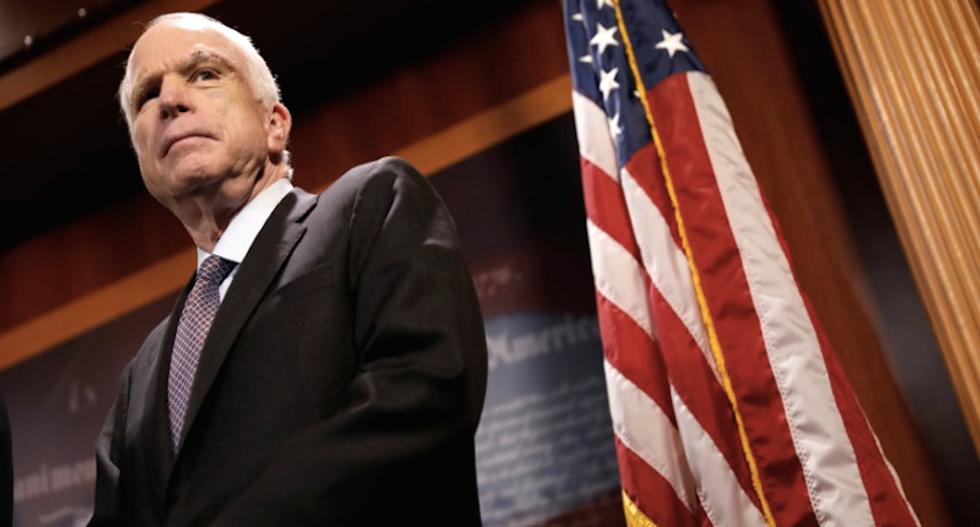 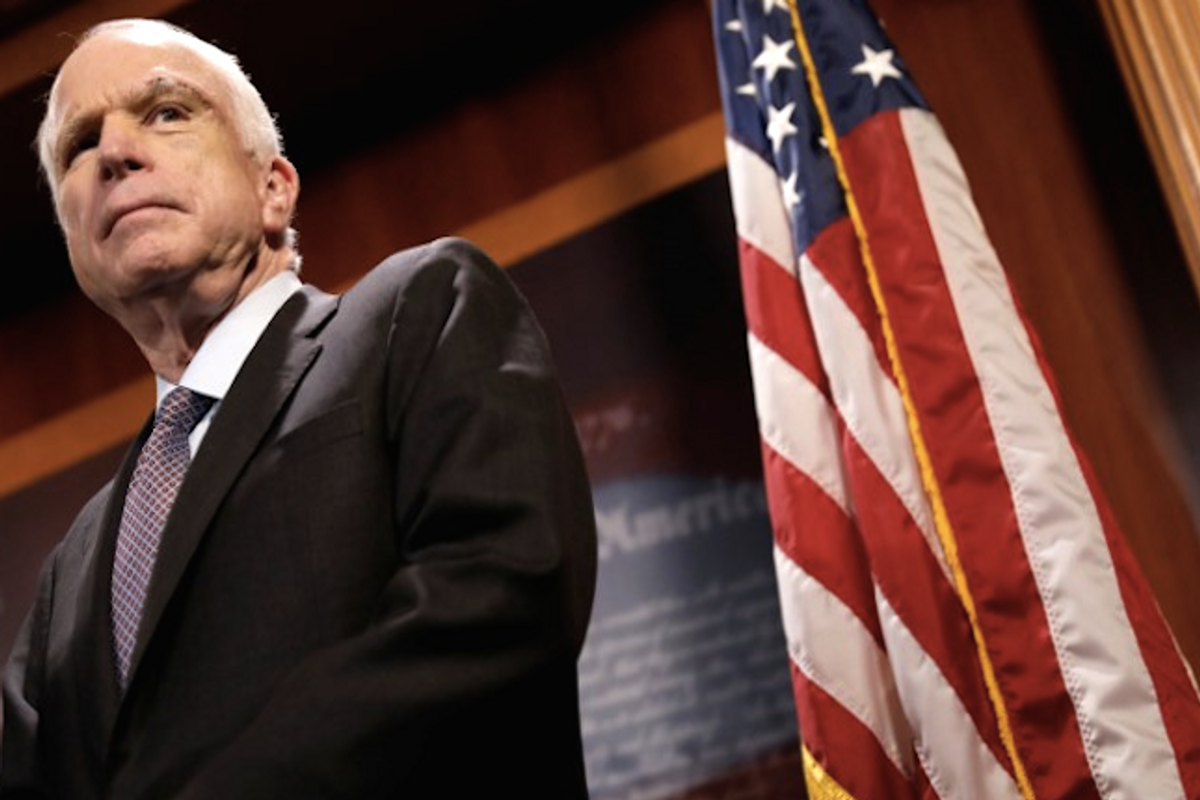 Former Republican operative Steve Schmidt revealed in a tell-all thread over the course of 24 hours, his encounters on John McCain’s campaign with Paul Manafort and Rick Davis. Among the points that Schmidt made was that their lobbying firm scored at least $1 million from the McCain campaign and that Davis didn’t do any actual vetting of Sarah Palin ahead of her being picked as the vice presidential running mate.

Speaking about Manafort and Davis on Monday, MSNBC host Joy Reid pointed out that one of Manafort’s main clients ran an effort to thwart a democratic revolution in Ukraine and “and prop up the Kremlin’s man in Kyiv.”

When it comes to former President Donald Trump’s links to Russia, it begins with Oleg Deripaska, a Russian billionaire who runs Basic Element, a company Forbes describes as a “Russian industrial group with interests in aluminum, energy, construction, agriculture and more.” Vladimir Putin’s biggest political foe Alexey Navalny alleged in 2018 that the “dirt” the Kremlin had to manipulate Trump came from Manafort and Davis who he says “transmitted” information to the Kremlin.

“In a 25-minute Youtube video (Russian with subtitles), Navalny shows footage of Deripaska with Russian deputy prime minister Sergei Prikhodko on his yacht in Norway in August 2016,” Quartz reported at the time. “Based on that footage, he alleges that information about the Trump campaign must have passed between the two.”

But in this case, Deripaska can be linked to McCain, too. Reid said Deripaska’s name has been reported extensively along with his ties to American politics, “at least one party” of it.

This wasn’t about Trump, she made clear. It was McCain’s campaign in 2008. McCain, however, has been and always was anti-Russia. But Davis “who is McCain’s campaign manager, entangled John McCain, of all people, someone who’s very, very anti-Russia, to help advance Putin’s imperial ambitions,” said Reid.

McCain obviously lost the 2008 campaign, and Davis and Manafort were never able to push him closer to Russia.

In another thread on Monday, Schmidt called on the McCain Institute to remove Davis from its Board of Trustees.

“The presence of a man who advanced Putin’s agenda and made millions with Manafort, Deripaska and Victor Yanukovych has no business being involved in an Institute that exists to promote Democratic values while Ukrainians are being killed by the Russians Davis worked for. Moral obscenity doesn’t begin to describe it,” said Schmidt.

He noted that the McCain institute is flying the Ukraine flag next to its Twitter handle.

He said that the Institute is now “the camouflaged nest of a Russian Viper who helped light a fuse many years ago that burned down directly to this. The Institute should be focused on the best of McCain’s legacy…. [they] should either clean up or shut down. It doesn’t work with part of the Victor Yanukovych alumni association abroad.”

See the segment below or at this link.

Meghan and Harry Hosted a Playdate With James Corden’s Kids

Conservatives lash out after Trump endorses Dr. Oz: ‘They played him. Again.’

Simone Ashley won’t be watching Bridgerton with her parents