RUSSIAN pilots were filmed pleading they were “following orders” as they were captured after nine aircraft were shot down over Ukraine.

Pictures show the burning wrecks of Russian aircraft and the terrified faces out Putin’s pilots as they were detained by soldiers and civilians after ejecting from their planes.

Footage shared online saw the airmen tied up with their hands behind their backs – some bloody after their desperate escapes.

It came as Ukraine today claimed it has now killed 11,000 Russian troops since Putin invaded two weeks ago.

With 11 days have passed since the initial attack, that means that Putin has lost approximate 1,000 men every single day.

And Russian airstrikes are believed to have killed hundreds – maybe thousands – of civilians across Ukraine.

Video taken of two airmen in the back of a truck shows them being interrogated, with their captors raging: “You are killing our people, you b*****d”.

The pilot pleads he was just “ordered to fly” – and claims he was on a rescue mission.

And another video shows a Russian pilot with blood on his shirt saying he was “not told anything” about his mission.

“Were you blind?” one man rages, with the troops claiming they had maps from his plane showing bombing runs.

His captors then say to him “you were going to bomb civilians” and question him “how many bombing flights did you perform?”.

Russia has seen its invasion met with staunch resistance and also has been blighted by embarrassing logistical failures and supply problems.

And despite having one of the largest air force’s in the world, Putin’s planes seem incapable of securing air superiority over Ukraine.

Ukraine claims to have shot down 44 planes and 48 helicopters – as well as blowing up 285 tanks, 985 armoured cars and 60 fuel tankers.

Yesterday saw one of the most striking videos of the war released as a Russian “Hind” helicopter was blasted out of the sky by a stinger missile.

Investigative journalism group Bellingcat geolocated the footage to Kozarovychi in the Kyiv Oblast – around 25 miles from the capital.

Users on social media suggest the helicopter could be a Mil Mi-24 Hind gunship, which was in use by Soviet forces from 1972 and dubbed the “flying tank”.

It was the beginning of a flurry of losses for the Russians – with reports of five warplanes and choppers being shot down.

Two MI-8 and two MI-35 helicopters are believed to have been downed, along with warplanes including two Su-34s, two Su-25s and one Su-30SM.

Separate clips show Ukrainians cheering and applauding as they appear to shoot down two Russian aircraft in the Chernihiv and Mykolaiv oblasts.

The clip from Chernihiv, in northern Ukraine, shows two pilots parachuting out.

One died, while the other survived, it’s claimed.

The surviving soldier is seen in a blood-stained t-shirt with a bandage wrapped around his head.

The soldiers get their captive to say “glory to Ukraine” before asking: “Why are you bombing people?”

It’s believed his aircraft was a Sukhoi Su-34 – a fighter-bomber which had also been used in Syria.

In a separate film, a captured pilot in an orange jumpsuit is seen bloodied and on his knees as he’s questioned by Ukrainian fighters in Mykolaiv. 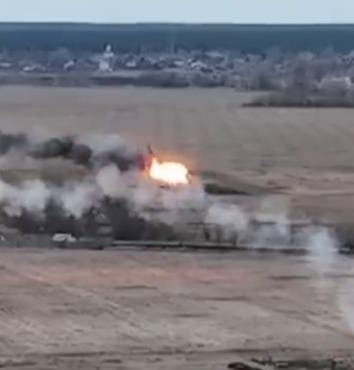 Tinpot tyrant Putin has faced a punishing battle at the hands of the Ukrainians.

Ministry of Defence officials this morning said the “scale and strength” of the resistance continues to surprise Russia.

And it warned that Putin be deliberately targeting populated areas to break the morale of Kyiv – comparing it to campaigns in Chechnya and Syria.

Meanwhile, the US is working with Poland on the possibility of supplying warplanes for Ukraine’s fightback, a White House spokesperson has confirmed.

President Joe Biden is considering finding replacements for any fighter jets Poland might send from its fleet to Ukraine, the spokesperson said.

But Putin has raged that Western sanctions against his regime are like a “declaration of war”.

And he also warned that anyone who attempts to enforce a no fly zone over Ukraine will be considered to have entered the conflict.

Russia also issued a direct threat to Britain tonight saying it “will not forget” support for Ukraine and warning of “tough retaliation”.

Yesterday morning a brief ceasefire was declared in the strategic port of Mariupol in the southeast and the eastern town of Volnovakha.

The ceasefire was reported to have resumed this morning – but its unclear how long it will last.

Peace talks are expected to continue – but Ukraine remains defiant as civilians prepare to fight back amid Russia’s grinding advance.

Mariupol has been one of the most brutalised cities of war as the Russian have blockaded it and cut off food, water, heating and transport. 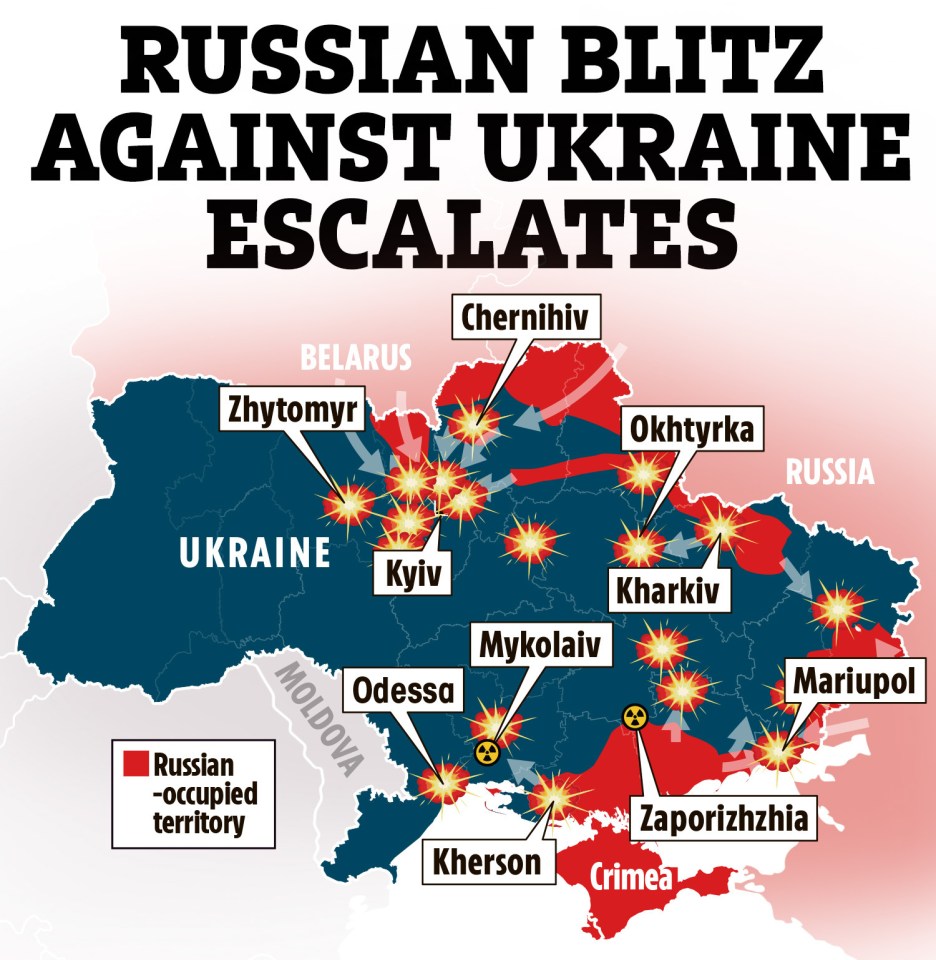 Is the Russian-Ukranian conflict a long-term threat to cryptocurrency?

Why LOOT Dominated NFT Airdrops and how to Claim LOOT?