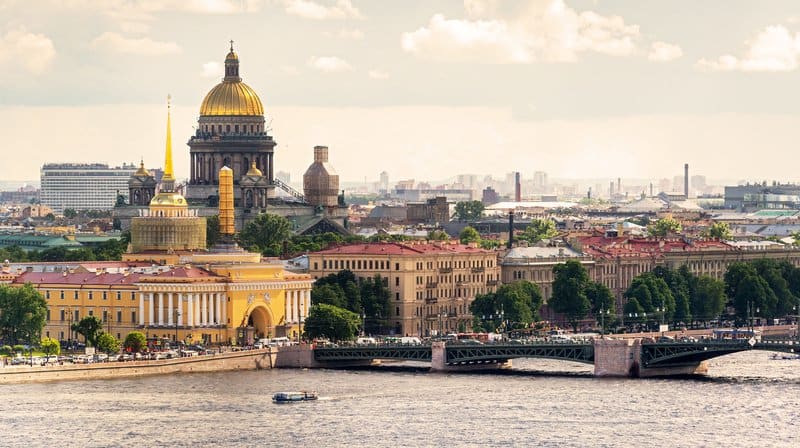 Russia’s Ministry of Finance is ‘actively considering’ the use of digital currencies for international payments, a government official reportedly said.

Russia’s Ministry of Finance is considering allowing the use of cryptocurrencies for international trade, local news outlet Interfax reported on Friday.

“The issue of using such digital currencies as barter transactions for international settlements is being actively discussed,” said Ivan Chebeskov, director of the financial policy department of the Ministry of Finance, per the report.

Russian officials have teased at this possibility a couple of times this year.

In March, the chairman of the country’s Congressional energy committee, Pavel Zavalny, said in a press conference that Russia was open to accepting bitcoin for its natural resources exports. Zavalny explained that only “friendly” countries like China and Turkey would be given the option, as President Vladimir Putin had said the day before that “unfriendly” countries should pay for Russian gas in rubles.

In April, Russia’s tax authority proposed that legal entities in the country should be able to accept bitcoin and other cryptocurrencies as payment in foreign trade contracts. The comment came as a suggestion for the nation’s overhaul cryptocurrency draft bill, presented in February by the Ministry of Finance.

The finance minister appears to have played a big role in stirring the country away from a complete ban on Bitcoin. Its proposed draft legislation came after an intense dispute with the Bank of Russia, which held an opposing view regarding the optimal future of bitcoin and cryptocurrency regulation in the country.

Now, the ministry is considering bringing the broader group of “digital currencies” under the allowed payment methods for international trade as the country faces continued Western sanctions that began in February, when U.S. President Joe Biden blocked five of the biggest Russian banks and froze all assets they held in America, worth over $1 trillion.

“If the digital currency is recognized as property, in principle, within the framework of barter transactions with such a digital currency, it will be possible to carry out operations on foreign economic activity,” Chebeskov said, per Interfax’s Friday report. “This topic is being discussed and, it seems to me, deserves attention, given that we have limited possibilities for settlements in the classical, traditional payment infrastructure.”

Bitcoin At $20K Could Be ‘New Bottom,’ Commodity Expert Suggests, And Here’s Why

To The Bitcoin Skeptics, Are You Sure You Figured It Out?