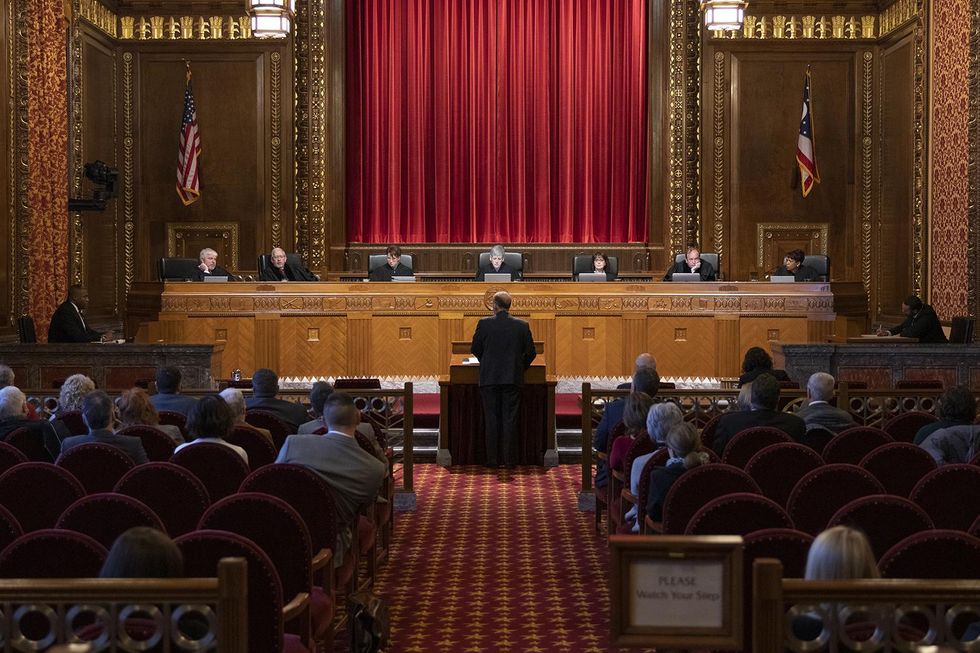 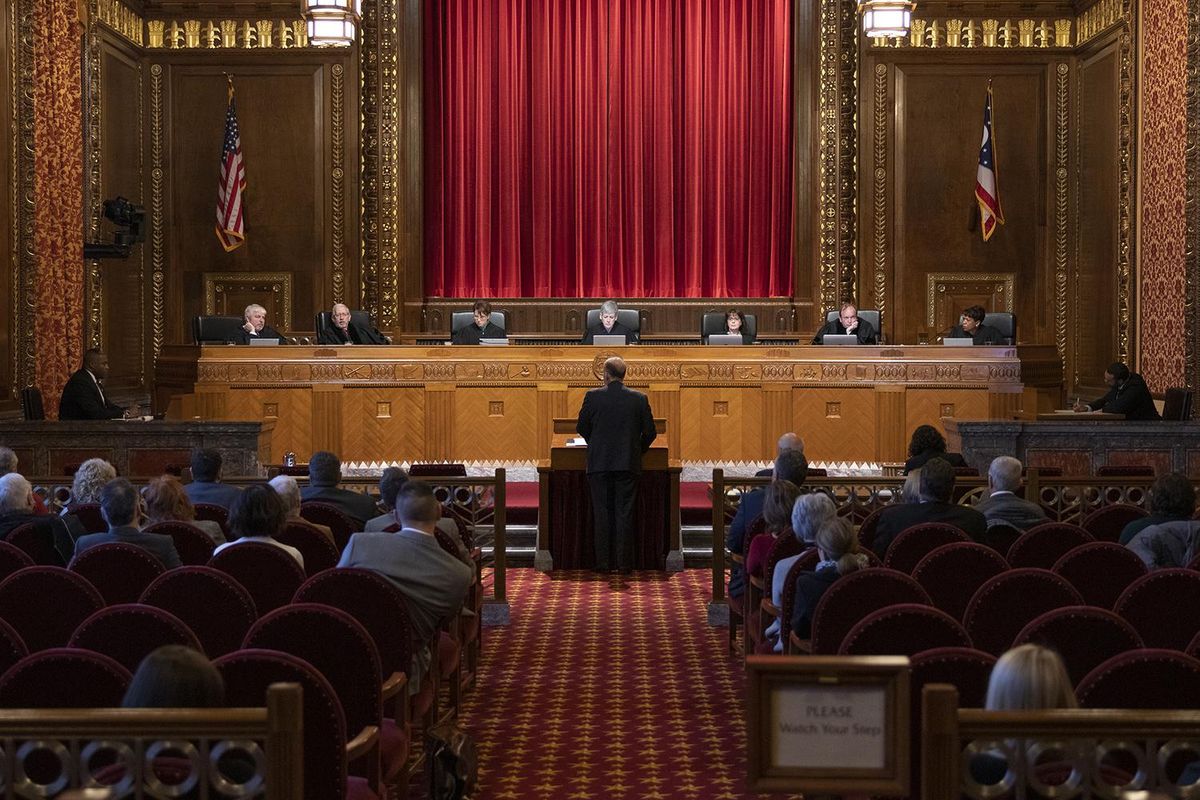 In a case that might be seen as throwing stones from a glass house, Ohio Supreme Court Justice Pat DeWine earlier this month tore into four of his colleagues when he wrote a dissenting opinion.

“With each iteration of these cases, it becomes more evident that a rogue majority is simply exercising raw political power,” DeWine wrote. “No one should be deceived.”

A constitutional law expert said the use of such uncivil language is improper — and a growing problem among the judiciary.

And it was coming from someone who might not have been writing in the first place. Ethics experts have said that DeWine shouldn’t even be sitting in the case because his father’s a party to it.

DeWine wrote his dissent as a four-member majority of the state Supreme Court rejected a fourth set of maps submitted by the GOP-controlled Ohio Redistricting Commission as unconstitutionally partisan.

The commission is operating for the first time this year. It was created by a constitutional amendment that passed in 2015 with 70% of the vote.

The vote took place in what is regarded as one of the most gerrymandered states.

Over the past decade, Republicans have won most statewide races by roughly a 54-46 margin. Yet the GOP controls 65% of the state House and 76% of the state Senate, partly as a result of maps the Republican-controlled legislature drew in 2011.

In passing the constitutional amendment, most voters likely thought they were voting against extreme partisan gerrymandering. Indeed, the amendment says legislative maps must be drawn in a way that “shall correspond closely to the statewide preferences of the voters of Ohio.”

But in his opinion, Justice DeWine said that the Supreme Court could only order up new maps if it found violations of other provisions in the amendment, such as one requiring that legislative districts be compact.

“There is nothing in the Constitution that gives this court authority to order the commission to create a new district plan based on (a finding of excessive partisanship),” DeWine wrote.

The only remedy for that, he said, is to again fight it out over new maps in four years.

In making his argument, Justice DeWine took another shot at the court’s majority, which consists of three Democrats and a Republican.

“But if anything is clear at this point, it is that the majority has long ago forsaken any concern about the actual words of the Constitution — it simply demands a General Assembly — district plan that achieves its policy goals,” he wrote.

Mark Brown is a Capital University constitutional law professor who has been following the redistricting battle closely. He didn’t think much of DeWine’s analysis.

“I don’t find his interpretation of (the relevant section of the state Constitution) particularly persuasive,” Brown said in an interview. “It’s an argument. I don’t agree with it, but it was an argument that has been made in the case and it’s one that he embraced. So be it. That’s what law’s all about.”

But what the law’s not all about, he said, is the disparaging language DeWine used in describing his colleagues. Brown said judicial use of such language is still unusual, but is unfortunately becoming more common.

Referring to one word DeWine deployed in his dissent, Brown said, “‘Rogue’ — You’re accusing somebody of being dishonest.”

But as he accuses the majority of going “rogue,” DeWine is ruling in a lawsuit against the Ohio Redistricting Commission. That’s a group in which his father, Gov. Mike DeWine, is part of the 5-2 GOP majority.

Several ethics experts have said that Justice DeWine has a clear conflict of interest in the case and should recuse himself. The justice has recused when questions of contempt have arisen, but contends that his father isn’t participating in the case as an individual, but as a member of a commission.

Be that as it may, Brown, of Capital University, concurred with the ethics specialists.

For now at least, the case doesn’t seem to be headed toward resolution.

Asked by a Republican group to intervene, a federal panel voted 2-1 last week to order that if the redistricting commission can’t draw a constitutional map by May 28, it will impose one that the Supreme Court has adjudged to be unconstitutionally gerrymandered.

So far, Gov. DeWine and the Republican majority are refusing to meet with the two Democratic members of the redistricting commission. They could be trying to run out the clock in hopes that the federal court will impose a map they’ve already tried — and failed — to get past the Supreme Court.

The American Civil Liberties Union on Monday asked the state Supreme Court to hold the Republican members of the redistricting commission in contempt for ignoring its order to produce another set of maps by May 6.

Justice DeWine will recuse from any contempt proceedings. But if another set of maps is submitted and he opines on them, Brown said DeWine should keep his language civil.

If the court’s majority says the maps are wrong, “That should be the end of it,” Brown said. “I think it’s unfortunate (if) the rest of the justices won’t let that go and they start hurling insults.”

GET THE MORNING HEADLINES DELIVERED TO YOUR INBOX

I’m So Over White Sneakers For Summer, Here’s What I’m Wearing Instead