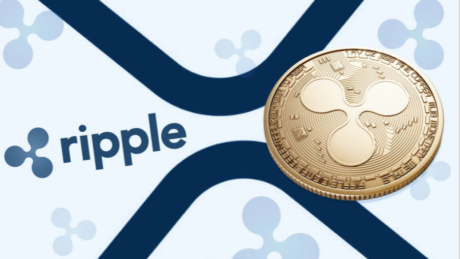 Since December 2020, Ripple hasn’t rested from negative anticipations of a crash. Instead, the crypto that seemed promising from inception started plummeting when the United States Securities and Exchange Commission (SEC) sued it.

The accusation was that the company raised more than $1.3 billion illegitimately. As a result, SEC held the co-founder Christian Larsen and Bradley Garlinghouse, the CEO, accountable for the illegal gains.

The court case has already lasted for more than one year. But, surprisingly, on April 14, Ripple CEO Brad Garlinghouse stated that the fight had gone very well. Moreover, his statements and results seem to have yielded favorable fruits for the crypto.

In recent news, Ripple co-creator Jed McCaleb declared his intentions to stop dumping XRP. McCaleb is also the founder of Stellar and holds at least 5 million Ripple coins as of writing.

In the past, McCaleb had already sold most of his 9 billion XRP holdings. He continued selling his XRPs until it now remains 5 million only. But recently, have decided to keep the remaining coins to secure his family.

The Ripple CTO jokingly told sources that he wouldn’t be selling his XRP coins. Instead, he will hold them awaiting when the coins spikes in price. According to him, if 1 XRP sells at $589, he will become a rich man. Another news revealed that the CTO had earlier sold more than half of his remaining 5 million XRP. But after a few days, he bought another 2.8 million coins to top it.

McCaleb mentioned that his decision to add up to the coin was sudden. However, he disclosed that his mind wouldn’t rest until he replaced the coins. In his statement, there’s a possibility that his remaining XRP coins will provide the security he needs for his family in the future.

Amid all these, the battle between SEC and Ripple is still ongoing. A recent report revealed that the presiding magistrate rejected the SEC’s attorney-client privilege claims. Instead, Judge Sarah Netburn refused the claims and mandated that every document must be disclosed.

The Securities and Exchange Commission insisted on concealing documents about William Hinman’s speech. But the Judge refused such a notion, instead calling the act hypocritical. SEC maintains that the document is irrelevant to cryptocurrency regulation while implying that Hinman depends on SEC counsel for advice.

The document they seek to hide carries where Bill Hinman declared that Ethereum isn’t a security. These documents and others like it will help Ripple fight against SEC. That’s why the commission is fighting to conceal it.