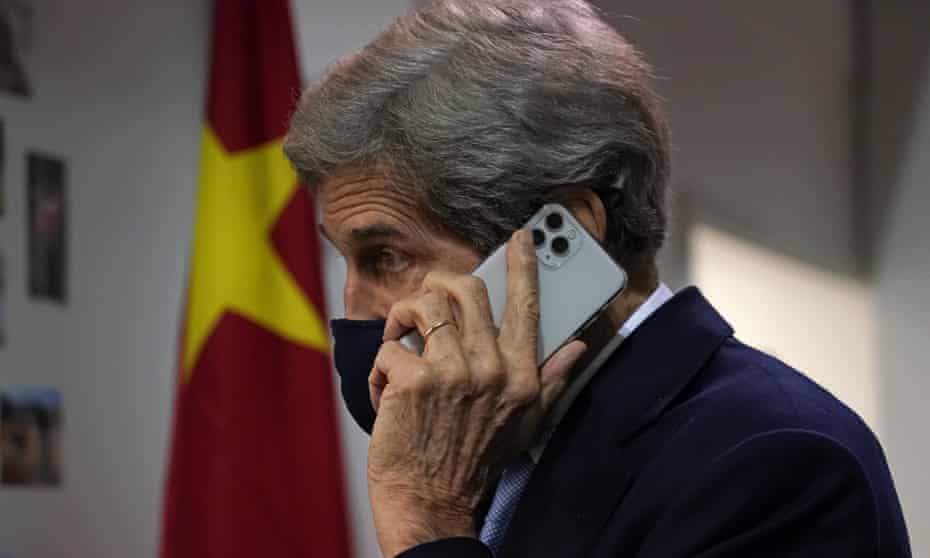 Cop26 climate talks were closing in on a global deal aimed at limiting devastating global warming, with UK organisers hoping for a final agreement to the marathon negotiations on Saturday.

Delegates from nearly 200 nations are tasked with keeping alive the 2015 Paris goal of limiting temperature rises to 1.5C, as warming-driven disasters hit home around the world.

Developing economies led by India have balked at demands to do more to curb emissions without financial support to transition away from fossil fuels and to adapt to the accelerating impacts of climate change.

The deadline for the fortnight-long talks to finish came and went as leading figures took to the floor for what they hoped would be the final time, to exhort each other to cooperate in the interests of people threatened by the climate crisis around the world.

Summit organisers confirmed that a new draft text would not be published for scrutiny until early Saturday in Glasgow.

“I envisage formal plenary meetings in the afternoon to adopt decisions and close the session on Saturday,” said the Cop26 president, Alok Sharma.

The EU commission vice-president, Frans Timmermans, said: “If we fail [my one-year-old grandson] will fight with other human beings for water and food. That’s the stark reality we face. So 1.5C is about avoiding a future for our children and grandchildren that is unliveable.”

John Kerry, the US climate envoy, said: “We believe this is existential and, for many of you, existential today. People are dying today.”

The head of delegation from Tuvalu, a Pacific island nation, was rousingly cheered when he warned that his country was sinking beneath the waves. Kenya’s representative warned that heating of 1.5C on average around the world was likely to equate to 3C in many parts of Africa, a rise that would cause frequent heatwaves and devastating drought.

Earlier on Friday, the UK as host nation of the talks circulated a second draft text for the outcome. This included a resolution for countries to start to phase out “unabated” coal power and “inefficient” fossil fuel subsidies, and a request for countries to return to the negotiating table next year to strengthen their national plans on cutting greenhouse gas emissions.

Whether and how countries will revise those national plans – known as nationally determined contributions (NDCs) – is now at the heart of the talks. Research earlier this week by the Climate Action Tracker, an analyst organisation, found that current NDCs presented by countries in Glasgow would lead to at least 2.4C of heating, a disastrous level.

Some countries have tried to argue that revising NDCs next year was contrary to the Paris agreement, which requires such revisions only every five years. However, the three architects of the Paris agreement – Laurent Fabius, the French foreign minister who presided over the talks; Laurence Tubiana, his chief diplomat; and Christiana Figueres, the UN climate chief at the time – told the Guardian the treaty allowed for a faster return and called on countries to come back to the negotiating table next year with revisions in line with 1.5C.

India reaching out to many nations to leverage stack it has built: NPCI CEO

This provision for an amendment next year, currently paragraph 29 of the second draft outcome text, is likely to be one of the clauses most strenuously fought over in the closing stages. However, there are other outstanding problems, still the subject of frantic shuttle diplomacy by Sharma.

These sticking points include:

Jennifer Morgan, executive director of Greenpeace International, said the commitments on fossil fuels in the current text were too weak and should be strengthened. But she added: “There’s wording in here worth holding on to and the UK presidency needs to fight tooth and nail to keep the most ambitious elements in the deal. We’ve moved from richer nations largely ignoring the pleas of developing countries for promised finance to tackle climate change, to the beginnings of a recognition that their calls should be met. Now we need developed countries to scale up their offer of support and finance.”

She added: “Negotiators in Glasgow simply have to seize the moment and agree something historic, but they need to isolate the governments who’ve come here to wreck progress and instead listen to the calls of youth and vulnerable nations.”

Tracy Carty, head of Oxfam’s Cop26 delegation, said: “Emission reduction targets over the next decade have us careering towards climate catastrophe. We need an unambiguous deal in Glasgow that commits governments to coming back next year, and every year after that, with improved targets that will keep the goal of 1.5 degrees alive. This is the final countdown. Negotiators should come back to the table armed with commitments that are equal to the challenge that millions of people around the world are facing every day.”

Tasneem Essop, executive director of the Climate Action Network, said it was essential that Cop produced concrete decisions to alleviate the suffering of millions of people worldwide coping with the double impacts of Covid and climate breakdown.

“We will continue fighting for this because this is the litmus test for the success of Cop26,” she said.