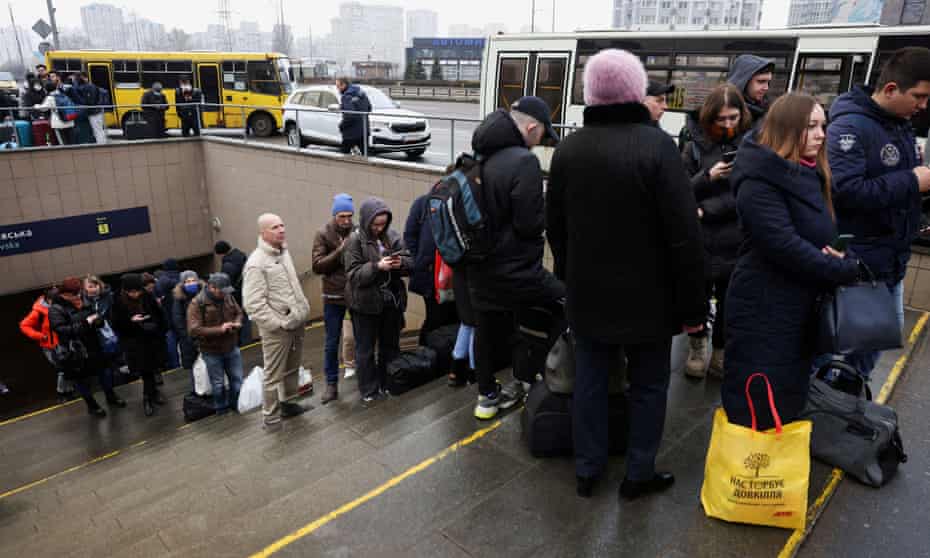 When Vladimir Putin announced he would recognise the Luhansk and Donetsk “people’s republics”, I was in the centre of Kyiv. I read the quotes from his speech, but I could not bring myself to look at his face or listen to his voice. It had seemed that he would declare war that very evening, so many people initially exhaled when they heard his words. But then they realised that he would not stop there.

In recent months the whole world had been reading about a supposed attack on Ukraine, but neither I nor my friends wanted to believe a war could start. Only after Putin’s speech did the realisation occur to me: it’s time to pack a rucksack. I assembled my documents, a book, underwear and a warm jumper, hoping I would have no need for them.

Afterwards, I lay in my bed with my back facing the window. But then I thought to myself: if shells fly into the house, it would feel offensive if they hit me in the back. I turned to face them, and fell asleep.

In the next couple of days, I spent as much time as I could on the streets of Kyiv. I took photographs, talked with people and tried to remember everything about the city I love. Kyiv became my home after I was forced to leave Transnistria, an internationally unrecognised state controlled by Russia. I had to leave after a criminal case for “extremism” was opened against me for writing a book about conditions in the Transnistrian army so I moved to neighbouring Ukraine. I have always felt comfortable and at peace here: the people are gentle, kind and spirited.

I saw the frightening sight of helicopters in the Kyiv sky several times during the day. Like my friends, I could not think about anything else: reading the news was the only thing to do. It seemed as if everything else had lost its meaning, and that all of our lives had changed for ever. Throughout the day, my only solace came through listening to some of the Ukrainian-language music that I love.

Late in the evening I listened to the address by Volodymyr Zelenskiy, the president of Ukraine. He spoke to Russians in their language and asked them to avert the war.

Then I tried to sleep again.

I was jolted awake by a phone call and everything became clear: the invasion had started. It was dark outside and the lamp’s harsh light hurt my eyes when I switched it on. I felt confused, and for some time I could not work out what to do. I walked around my bedroom, trying to get dressed, and put a few more things in my rucksack. My friends were constantly calling, warning about the start of the war. For some time I tried to call my family, but they were far away and sleeping peacefully.

There seemed to be noise, speed, chaos and fuss everywhere, but inside the apartment it was very quiet. Then I heard a sound outside the window, moving at great speed. I thought it was a rocket. The sound seemed to cut through the air; it flew like a whistle and I lay down on the floor in horror. Trembling, I burst into tears. For a few seconds I waited for an explosion, but nothing happened. I still don’t know what it was.

I gathered myself and looked out of the window. People were wheeling suitcases along the street; a siren sounded; birds flew in flocks. I found a piece of paper and wrote my name, my best friend’s phone number and my blood type. It is still in the pocket of my jeans as I write.

My decision to evacuate came quickly. A friend’s company organised an evacuation bus to the relatively quiet west of Ukraine, and I thought it best to go and wait things out in a safe place while I assessed how to proceed. Taking my backpack, I left the house. By now there were queues lining up outside shops, ATMs and pharmacies; dozens of people were walking along the road to the subway. Some sat on the floor, using the subway as a shelter. Some left, and I went with them.

It felt impossible to let go of the phone: everybody was glued to the news or calling their relatives. But nobody was panicking. Passersby joked that they would not have to go to work, but never have I seen so much pain on people’s faces. The morning was heavy and overcast. I walked along my favourite streets from the metro to the bus, but I did not say goodbye to the city. I know that I will be back soon.

There were 50 of us on the bus. The driver understood the importance of the moment, and took us through Maidan Nezalezhnosti, one of Kyiv’s main squares. There was already military equipment in the city. Thousands of vehicles joined the stream of traffic alongside us. I saw a woman in the front seat of a nearby car breastfeeding her baby; I saw many children; I saw mattresses and solar panels on the roofs; I saw seven people crammed into a standard-sized car, sitting on each other’s laps; I saw the trace of one of the first explosions that went off in Kyiv; I saw road accidents. It took us six hours to drive the first 70km out of the city.

We were driving southwards, at first, in the direction of Odessa. I can’t remember how many times I’ve driven on this road, all the way down to the sea, but I had never seen a military post on it until now. There were seven soldiers standing there, five of whom were women. I waved at them; they smiled back. At the same time, I read about a strike from the Russians on a residential building in the city of Chuguev, where a boy was killed.

Time flew by imperceptibly. Eventually there was only darkness outside the window. We turned off the main highway on to a country road heading west, taking time to get around the constant traffic jams. Warm light made its way through the darkness from small, rural houses along the way.

Some of the people on the bus called loved ones in Russia. The Russians did not believe that the war had begun, and my fellow travellers had to prove to them that the Russian army had attacked Ukraine at 5 o’clock in the morning, while the whole country was asleep.

I read news reports about Ukraine’s resistance to the attack, how it was fighting and defending itself. At the same time, some of my friends in Moldova were helping to organise assistance for refugees. Thousands of people have come to Chișinău, the capital, while Russian and Belarusian missiles were flying at their cities.

We hardly slept. But people stood firm and even small children did not cry. The cats and dogs people brought with them did not make a sound. We heard that a shell hit a residential building in Kyiv during the night.

We stopped near to the city of Khmelnytskyi, 21 hours into our journey. Soon more news began to arrive from Kyiv: shelling had begun in the Obolon area, in the north of the city, and a Russian tank ran over a car with a civilian at the wheel. I had left the very same area only yesterday: I saw videos being sent from streets I had walked only two days ago.

My friends in Kyiv could not leave. There were no cars or petrol, and there were still traffic jams on the way out. I called them and almost no one answered. I felt like I had left them to die. But they are alive, they are safe, and I just hope they will not die. My friend Vanya managed to leave; my friend Lyolya is hiding in a bomb shelter; Bogdan is safe.

Our bus continued its journey. Outside the city of Ternopil, military equipment was almost indiscernible. In small towns along the way, more people could be seen walking the streets. There was a sense of calm and a sense of salvation. We ate little and slept little.

We arrived in a small town in the west, 31 hours since our departure from Kyiv. We got off the bus outside a 10-storey hotel. People began to register for rooms. It turned out that Belarusians, as well as Russian citizens and people from Crimea, are forbidden to settle among refugees. I am a citizen of Moldova but the friend I travelled with is from Minsk. He cannot stay among those who, just like him, seek shelter.

I cannot leave him. There were several other Belarusians on the bus with us, who also had nowhere to go. There is no free transport, no way back to Kyiv, and we may not be allowed into Poland. We are also unlikely to be able to reach Moldova. We have almost nothing with us.

I wrote this diary entry while all of this was going on. I made sure that I was settled and secretly took four more people to my single room, which has no hot water. I hope no one finds out.

Near the hotel there is a church, and I can hear the sound of hymns.

Larisa Kalik is a Kyiv-based journalist, originally from Transnistria. 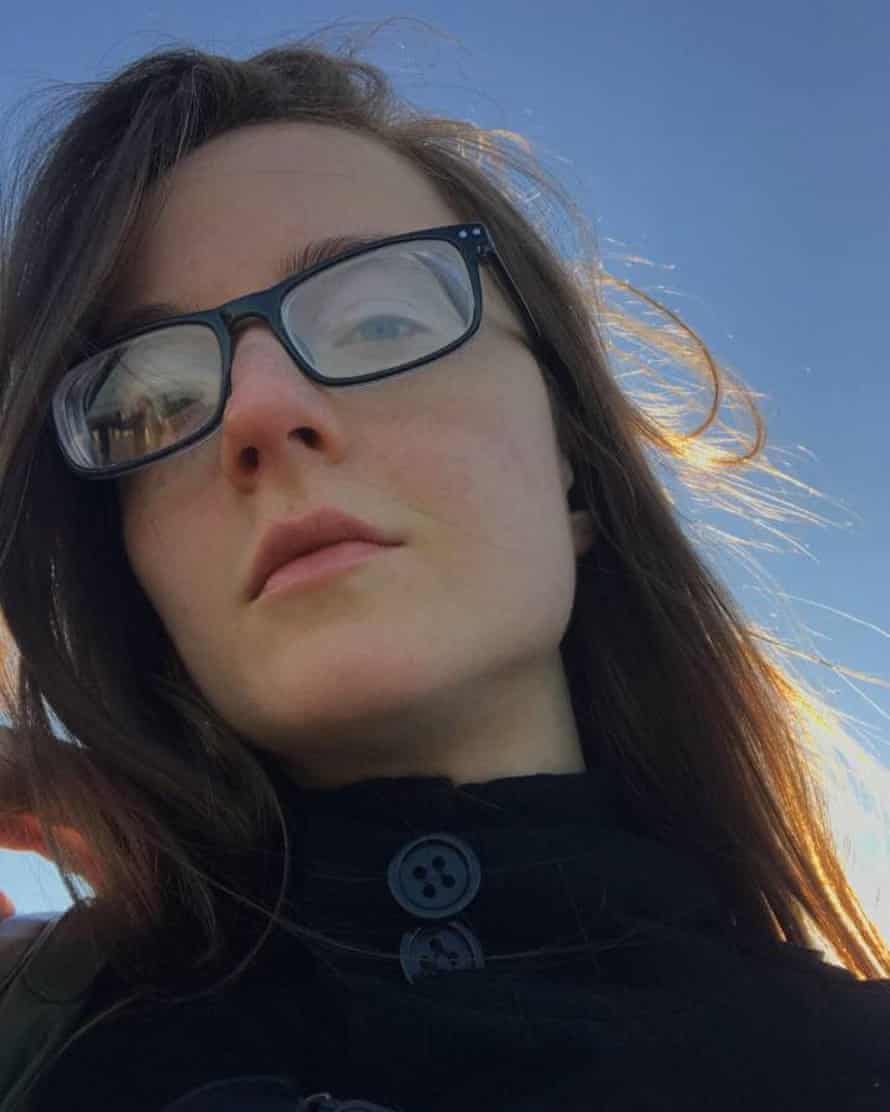 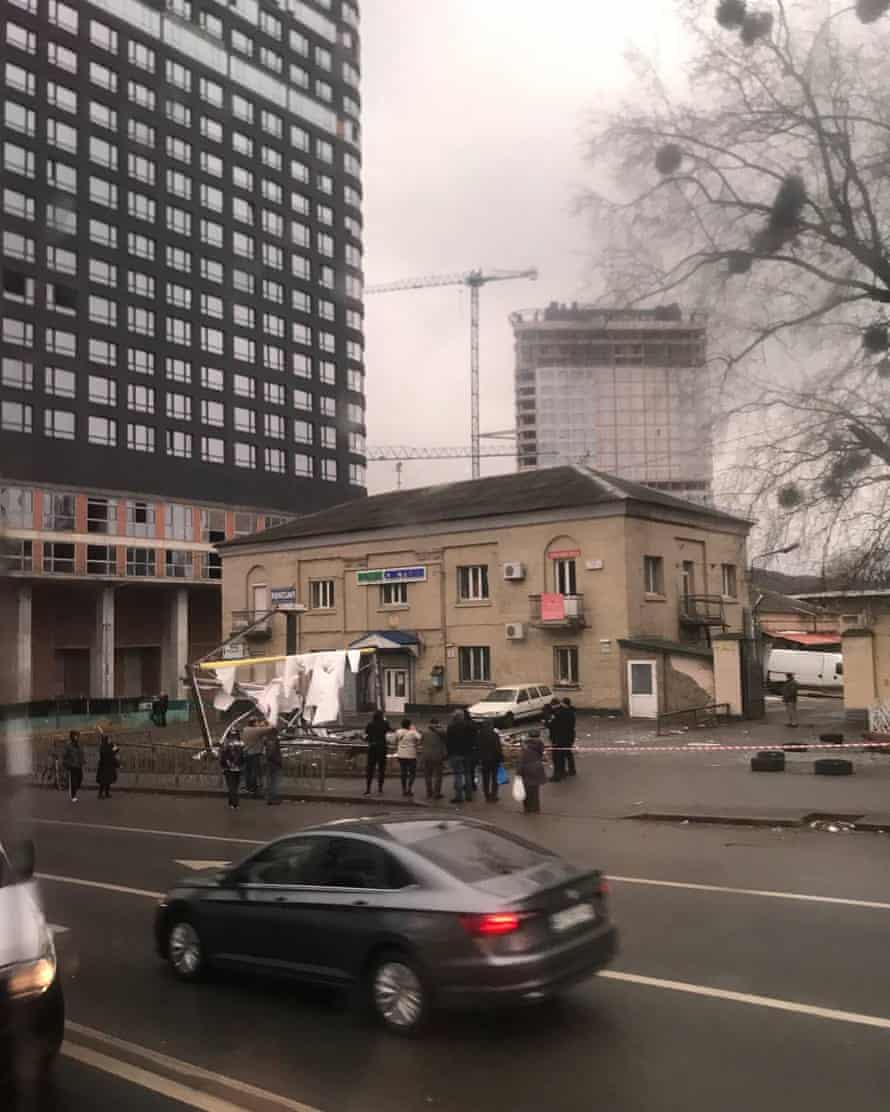 Rupee falls by 23 paise to 76.65 against US dollar in early trade