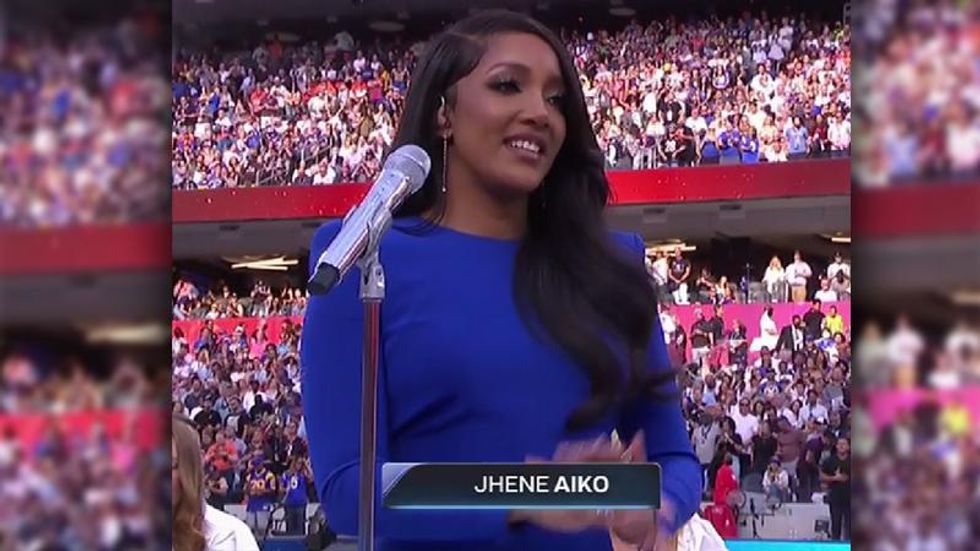 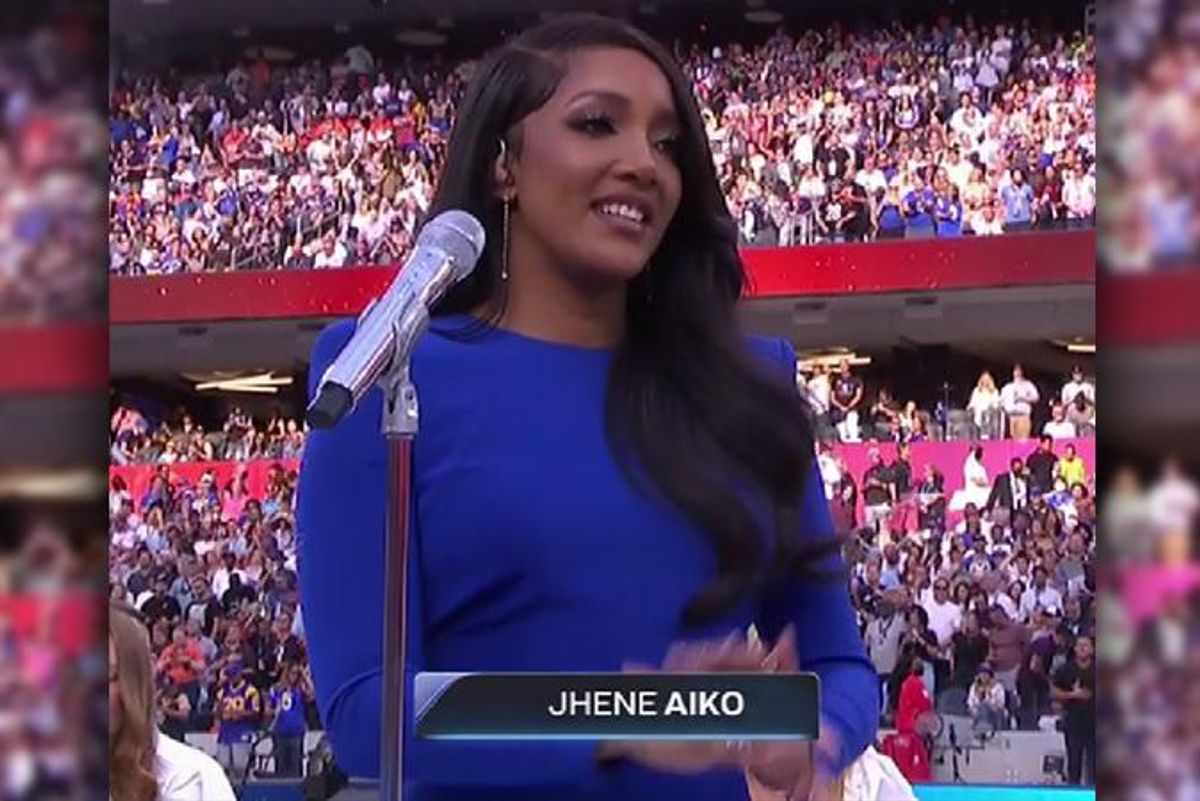 The Super Bowl had a confusing start Sunday as the big game started off with a stunning rendition of “America the Beautiful” by Jhene Aiko with an accompanying harp.

Then Mickey Guyton sang the National Anthem that was celebrated as amazing online by viewers. The problem is that the producers ran Jhene Aiko’s name below her name.

Not them showing Mickey Guyton with Jhene Aiko’s name underneath. Come on now…pic.twitter.com/EVAKQ1ZOnc

It was observed by many watching the opener wondering how anyone could confuse the two women. As one observer tweeted, “all Black folks don’t look alike.”

Mickey Guyton\u2019s National Anthem goes WAY over 90 seconds and the public are huge winners before the game starts!pic.twitter.com/Ofa93tzDJI

See the comments below:

I asked Australian creatives where they get their nails done

The look you give when you are NOT Jhene Aiko #SuperBowlpic.twitter.com/rJNWzRXyDe

Hearing About Inheritance, Estranged Mom Knocks on Door of Kid She Abandoned 9 Years...