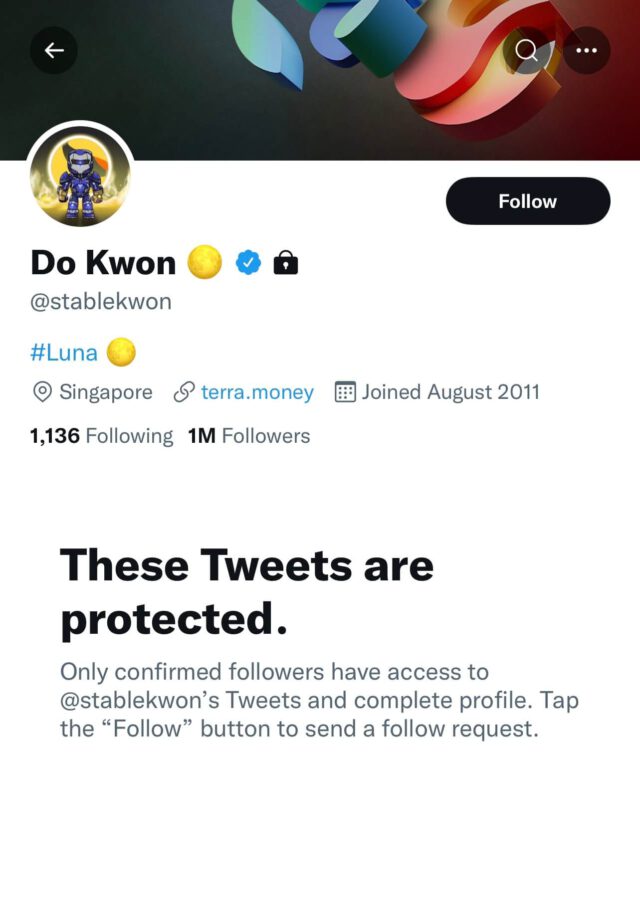 Two weeks after Terra’s ecosystem restarted through LUNA 2.0 airdrop, the coin has seen its value plummet to new lows after its price dropped by 77%. According to Coingecko data, the coin is currently trading for $4.33.

Although the overall performance of the crypto market has played a role in the decline, the level of FUD surrounding the new coin is also worth watching.

Trust in the new ecosystem is low as speculations have emerged about Do Kwon’s role in making the new Terra network.

The speculations came into light after self-proclaimed Terra insider FatMan alleged that Kwon and Terraform Labs lied about making the new network community-owned. He claimed that “TFL owns 42M LUNA, worth over $200m.”

Do Kwon has stated numerous times that TFL has zero new LUNA tokens, making Terra 2 'community owned'. This is an outright lie that nobody seems to be talking about. In fact, TFL owns 42M LUNA, worth over $200m, and they're lying through their teeth. (1/6) pic.twitter.com/D1HIWpAWHG

He also claimed that Kwon was active in the relaunch and used his holdings of LUNA to vote in support of the hard fork, which was contrary to the community calls for him to burn the tokens.

However, all these claims are yet to be verified, but they have generated enough uncertainty to cause a massive sell-off of the token. Do Kwon’s decision to take his Twitter account private might have also added to the fears surrounding the ecosystem.

Those allegations were not the first FatMan made about Do Kwon. A few days ago, he alleged that Kwon’s rise to the top was due to nepotism.

Will Ethereum Merge Trigger a Shift from Selling to Buying Pressure?

Do Kwon's dynamic rise to stardom in the VC world has not been without its tricks & shortcuts. Let's have a look at Anify, Do Kwon's first startup – and his first taste of both money and nepotism. (1/8)

He mentioned that Kwon became popular after winning a $550,000 Infobank grant for his first startup, Annify. But he questioned how he got the grant since the startup had no product at that time. According to him, Kwon got the funding due to his connections with Infobank.

Meanwhile, South Korea’s law enforcement authorities are reportedly investigating a Terraform Labs employee over the possible embezzlement of Bitcoin belonging to the company. Aside from that, the authorities have also sought to know whether Do Kwon knew the crash would happen.

LUNA 2.0 is not the only token associated with the Terra project that has fallen due to these speculations. While LUNA Classic has already lost 100% of its value, the coin’s price further plummeted by 11.3% in the last 24 hours as any hope of recovery grows dimmer.

Solving the World’s Biggest Challenges, Together

Why My Energy Company Pays Me For Running A Bitcoin Miner...