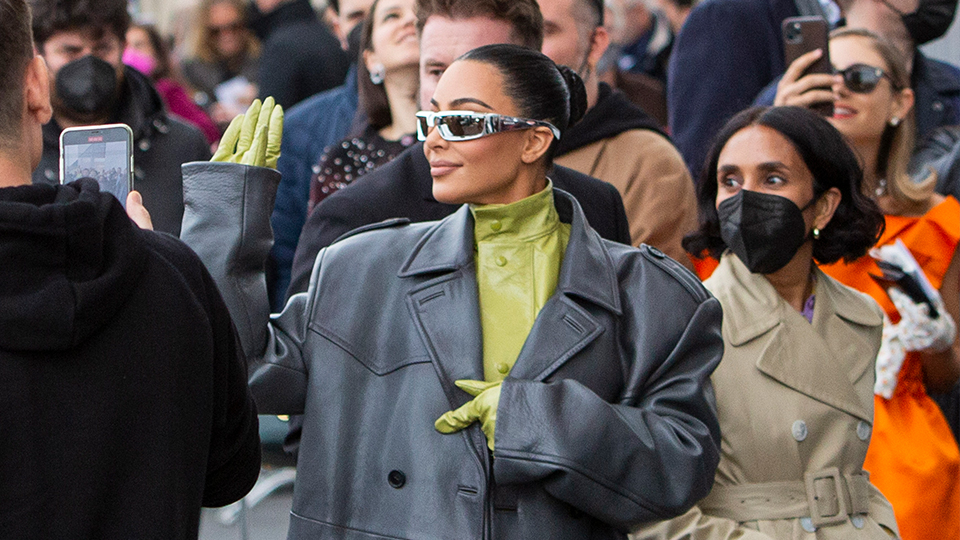 Kim Kardashian doesn’t have time to worry about whether Kanye West’s rapid-fire Instagram posts are bulling boyfriend Pete Davidson off the app he just joined—she has fittings to go to. Amidst all the news and gossip surrounding her recent relationship antics (i.e., West’s post-breakup outbursts, hot takes on her new romance and the bevy of Kim lookalikes Ye insists on taking, well, everywhere) we can safely assume that Kardashian’s most committed relationship is a three-way with her stylist and her tailor. No matter the pressure or stress, she always serves a look! And with that in mind, I present an ode to Kim Kardashian’s divorce style.

Everyone knows the tale of Princess Di’s iconic revenge dress. In 1994, after learning of Charles’ infidelities gone public, Diana showed up to the Serpentine Gallery in Kensington Gardens rocking a sensual LBD designed by Christina Stambolian to turn heads.

Her goal? To make Charles rue the day he ever lost her. 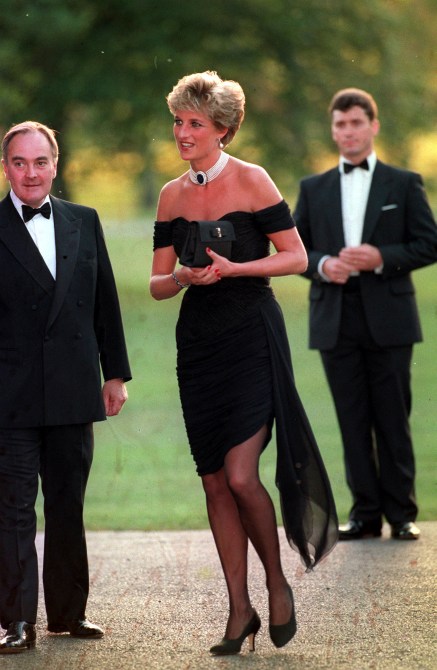 While it might be the most notable example, Princess Diana’s revenge dress was certainly not the first instance of a post-breakup wardrobe flex intended to make an ex jealous—and nor will it be the last. Admit it, you’ve definitely pulled trigger on a sexy Zara crop top to post on Instagram Stories after getting ghosted! We’ve all been there.

Except, apparently, for Kim Kardashian. Despite the drama surrounding her relationship status and divorce, Kardashian has kept her style steadfast and chic. She looks gorgeous, but not in a “here’s what you’re missing” way.

And to be honest, her unbothered energy feels like way more of a Fuck You than doing the most. 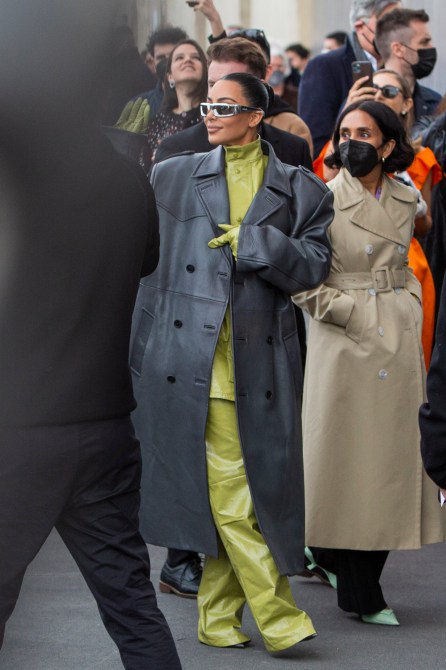 And before you come at me for saying Kim’s look is better than Diana’s, that’s not what I’m saying. They’re completely different. Princess Di wore what she needed to look and feel like a badass in that moment, and similarly, Kim is doing her own thing. Different women require different revenge wardrobes, folks, and after what seemed like a breakup brand deal with Balenciaga ran its course, Kardashian is ready to get back on her fashion game.

The most recent example involved pulling up to Prada’s Fall/Winter 2022 show in Milan, wearing a custom head-to-toe chartreuse leather Prada ensemble topped off by an oversized leather coat. With her hair pulled back into a slick bun and her eyes shielded by reflective Prada sunnies, neither Kardashian’s expression nor her ensemble give anything away. And it’s this unbothered energy that makes me stan her even more.

Imagine Kanye dedicating hours to casting Kim lookalikes, staging a relationship with Uncut Gahhms star Julia Fox (IYKYK) and treating Instagram like his personal diary just to get Kardashian’s attention, only to realize she’s too booked and busy to care!

Kardashian’s determination to appear classy and carefree in the public eye is what we should all aspire to. 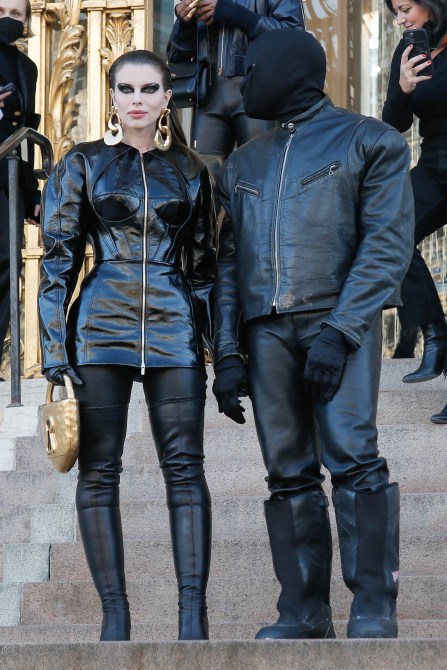 Don’t get me wrong—there’s nothing problematic about a post-breakup flex. And in many ways, Kardashian likely knows this subtle sartorial shift will make Kanye far more pissed than reverting to her Herve Leger bodycon mini dress past.

West is a lover of style, so seeing Kardashian pull off a stunning custom designer look is far more intriguing than just a ‘fit in which she looks sexy. I mean, she always looks sexy! She doesn’t have to remind him of that, so in this case, a more blasé energy that still shows she’s on the pulse of the fashion world is the ultimate alternative.

Until Miuccia comes knocking at my door offering custom Prada, I’ll likely stay the course of the classic Diana revenge look and opt for something fitted, black and slinky, should I ever need to impress in such a way. But when it comes to Kim Kardashian and her very specific divorce style, I couldn’t be more impressed. Keep focusing on you, Kimmy! You’re doing amazing, sweetie.

Hey, I Like Your Style! Inside the wardrobe of model, stylist and vintage archivist, Ava Coffen

Chrishell Stause: Working With Jason Is ‘Awkward’ When ‘Alcohol Is Involved’

I’ve owned these fast fashion boots for nearly 10 years, this is why they’ve...

On the State of Fashion: Meet the Cast of the Real Housewives of Lagos...