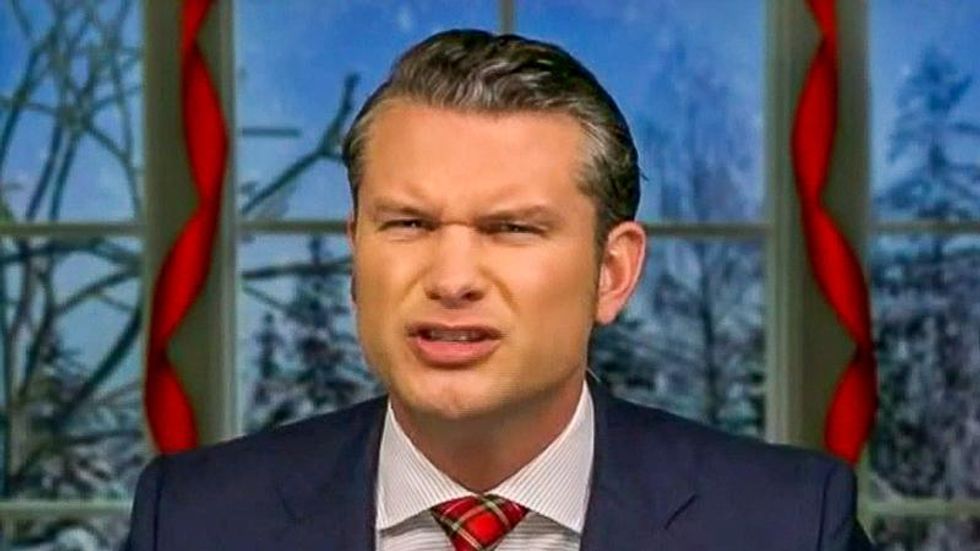 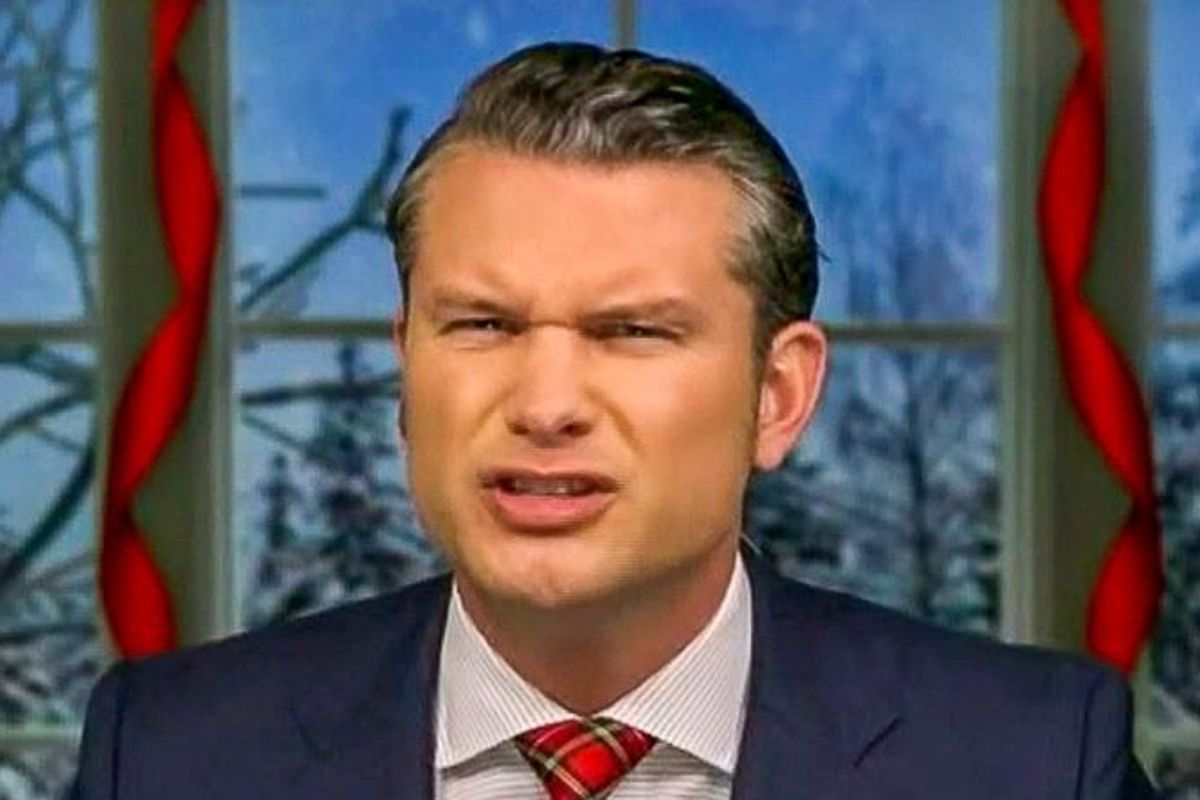 Fox News host Peter Hegseth was buried in derision on social media for an attempt to provide cover for former president Donald Trump after he lavished praise on Russian President Vladimir Putin for invading Ukraine.

Following the release of Trump lauding Putin’s actions, Hegseth rationalized “Vladimir Putin lives rent-free in the minds of our media. No entity has done more to spread Russian propaganda and to prop up the strongman that is Vladimir Putin than our own media. And Donald Trump was happy to troll them on it, as he continues to do to this moment.”

As one might expect, no one on Twitter was buying Hegseth’s spin with one commenter calling the Fox host an “idiot.”

You can see more responses below:

Wow. That’s desperate.\n\nBut how else are they going to explain the insane reaction of #TraitorTrump in a way that doesn’t make him look as bad as he really is?\n\nTrump has always been on Team Putin. If you can’t see this obvious fact, it’s because you can’t handle the truth.https://twitter.com/Acyn/status/1496286117687341056\u00a0\u2026

Trump is playing 4-D chess? I think not.

Consider this then….he’s been doing it for a very long time.pic.twitter.com/Jhhb7OBDqt

Our favourite places to shop sustainable fashion in Melbourne

Here’s What You Should Expect From Rally Crypto in 2022

Is DeFi Going To Be The End Of FinTech?