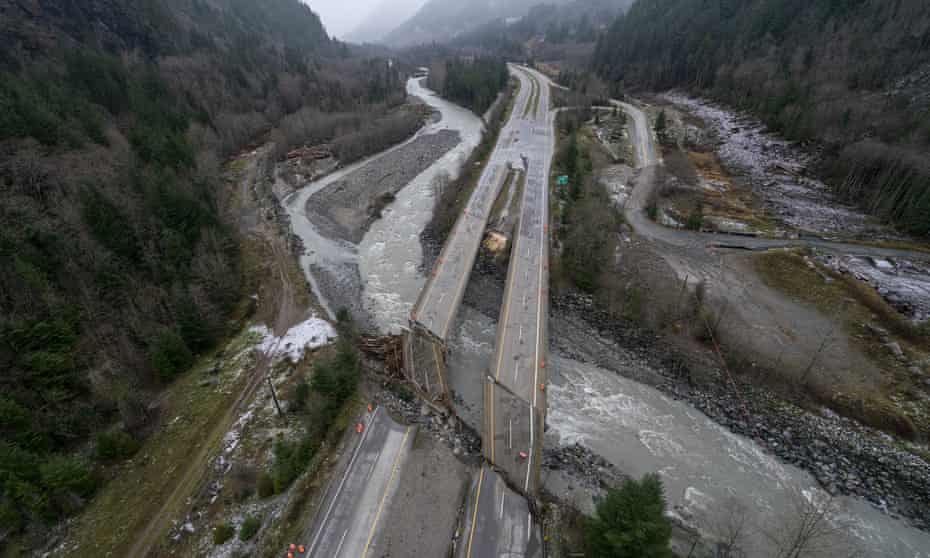 Emergency crews in western Canada continued searching on Friday for victims of flash floods and mudslides which tore through the region this week, as survivors described harrowing escapes from the disaster.

British Columbia declared its third state of emergency in a year on Wednesday after a month’s worth of rain fell in two days, swamping towns and cities, blocking major highways and leaving much of the province under water.

So far, officials have confirmed just one fatality, in a landslide near the village of Pemberton. But gripping testimony from a journalist who survived that incident suggests that figure is likely to rise.

Global BC cameraman Mike Timbrell was traveling along a mountain highway towards Vancouver on Monday as the storm raged.

After picking his way past several smaller landslides he was eventually brought to a halt behind a line of cars. Other travellers had left their vehicles and appeared to be gathered around what appeared to be the aftermath of another rockslide.

As he got back into his vehicle, Timbrell heard a “loud, terrifying roar” as a wall of snow and mud descended on the scene, toppling trees – and engulfing the motorists.

“My truck was moving all over, getting hammered by trees. I thought I was a goner,” he said. Once the slide stopped, Timbrell escaped from his car and began running.

“I turned around and looked at my truck and it was half-buried and all the cars that were on the road and all the people, they were just gone. Gone,” he said.

“I couldn’t believe it, it was almost like – in the blink of an eye – there were roads, there were cars, there was people, and then bang, everything was gone, just gone. Not a sign of a car, not a wheel, just trees and mud. It was all you could see,” he said.

Accounts from survivors have revealed that even successful rescue operations were far more dangerous than the public first realized.

Search and rescue crews in helicopters navigated rain, high winds and thick cloud cover in what was described as one of the largest mass air evacuations in the region’s history. More than 300 people stranded on Highway 7 were rescued in the operation, during which one pilot was forced to land a Cormorant helicopter less than a meter from a broken power line pole.

“It was probably the tightest confined area I ever landed in,” Capt Jonathan Groten told the Globe and Mail.

As water levels recede in areas and crews work to clear debris and assess damage to highways, many of the province’s small communities remained cut off from road systems or without power.

On Thursdays, fire chief Jody Woodford of Tulameen, a village of fewer than 300 people, told media the community had been without phone reception for days, and only pockets had power.

“Some people made it out and actually had to swim, abandon their vehicles and swim to dry land and then walk to the fire hall.” she said.

In the province’s lower mainland, as emergency crews work to stave of an impending disaster on the regions’ many farms, the mayor of the city of Abbotsford warned that homes may be destroyed in order to build emergency dikes, after the previous barrier was breached.

“One house is too much. And if it was my house, I’d be concerned, too. But there are not many options here,” he said. Work on the 2.5km dike is set to begin on Friday morning, with the help of dozens of soldiers.

Much of the area lies on the former site of Sumas Lake, a vast body of water which was drained in the last century. Four pumps currently divert water from the basin at a rate of half a million gallons a minute, but city officials feared earlier this week they could fail, inundating the area with even more water.

Braun said the pump station is still an area of concern, as the waters of the Nooksack River continue to rise as it flows in from the United States and heavy rain is forecast for early next week. “We are not out of this by a long shot,” he said. 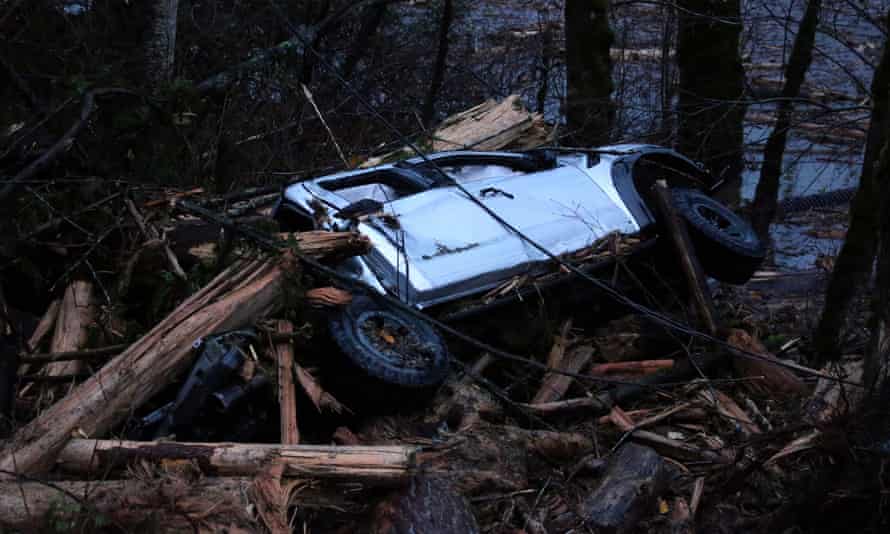