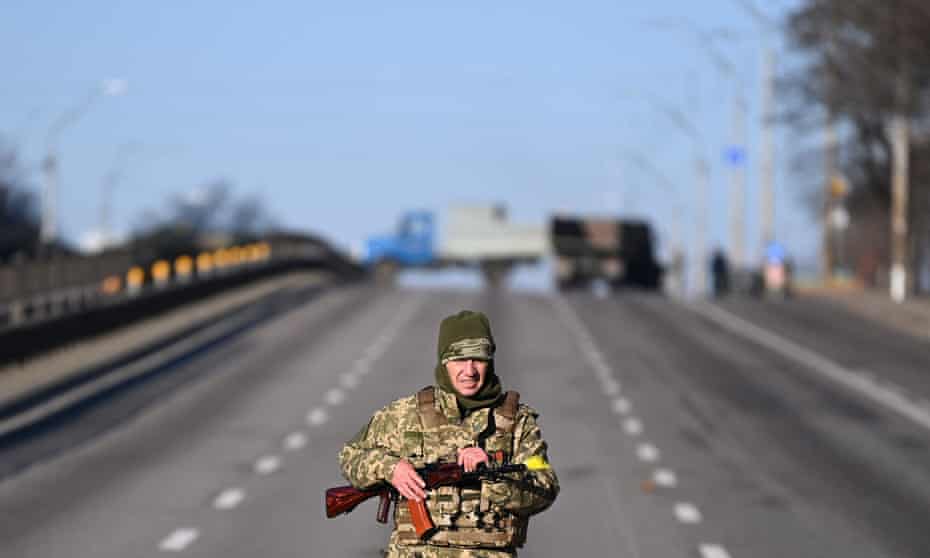 Three days after the invasion there are signs that Vladimir Putin’s war in Ukraine is not quite going to plan. In the Sumy region, close to the border with Russia, a local resident came across an extraordinary sight. On a country road lined with birch trees, a Russian armoured vehicle had broken down.

He pulled up in his car and stopped. There was then a surreal conversation.

“Looks like you guys broke down,” he said to three Russian soldiers, standing by the road. “We ran out of fuel,” one replied. “Can I tow you back to Russia,” he joked. They laughed and asked him for news. “Do you know where you are going?” he inquired. “No,” they answered.

Further along the road other Russian vehicles had conked out. The driver told the hapless soldiers that “everything is on our side” and that Russians were busy surrendering. No one from Putin’s invading army seemed to know where they were going, or why they were even in Ukraine, he concluded.

It is too early to describe the Kremlin’s operation to seize and subjugate Ukraine as a failure. The war has only just started. Putin may yet prevail. The Russian military enjoys overwhelming superiority over Ukraine’s armed forces. It has numerous combat aircraft, a vast navy and 150,000 deployed troops.

And yet by Saturday, it was clear Putin’s blitzkrieg operation to remove Ukraine’s pro-western government had run into unexpected difficulties. Evidently, there were logistical issues. Re-supplying troops in a vast enemy country was proving a challenge.

So was seizing Kyiv, Ukraine’s defiant capital, home in normal times to three million people. The Kremlin’s original plan, according to Ukrainian intelligence, was to encircle the city with land forces and, during a night operation, to fly in 5,000 elite paratroopers.

They would storm the Mariinsky presidential palace, detain or kill Ukraine’s president, Volodymyr Zelenskiy, and take control over key government buildings, including the foreign and defence ministries. Having mopped up resistance, and arrested key figures, Moscow would install a pro-Russian puppet administration.

This has not happened. Instead, Kyiv remained under government control this weekend after Ukrainian forces repulsed a series of attacks. Zelenskiy has encouraged his citizens with homemade videos. Meanwhile, Russian parachutists who tried to seize an airfield in the city of Vasylkiv, as a bridgehead to grab Kyiv, were beaten back.

“Our 40th Brigade was powerful. It repulsed the attack,” Nataliia Balasynovych, Vasylkiv’s mayor, told the Kyiv Independent newspaper. “They [Russian troops] landed with parachutes in the fields, forests and villages.” She added: “The worst fighting was on Decembrists’ street. The whole street was on fire.”

Air defence units said they had shot down an Ilyushin-76 transport plane near Bila Tserkva, 80km south of Kyiv – one of several downed enemy aircraft. Ukraine’s military command said it had wiped out an entire enemy column around the city of Kharkiv, something video appeared to confirm.

Since the invasion began on Thursday, Russia has lost 14 aircraft, eight helicopters, 102 tanks, 15 heavy machine guns and one BUK missile, the Ukrainian military said. It had also lost 3,500 soldiers, with 200 taken hostage, it added.

These figures are hard to verify. But they illustrate the almost universal hostility which has greeted invading Russian forces. The Kremlin has had most success in the south of the country, where it has captured large swathes of territory, including much of Kherson province and the city of Melitopol.

Videos have shown some extraordinary acts of civic resistance. In Bakhmach, in the Chernihiv region, a resident tried to stop a tank with his bare hands. He knelt in front of it before his friends dragged him away. In another viral clip, shared by Ukrainian media outlets, a man jumped in front of a military convoy, with vehicles forced to swerve.

There are also numerous interviews with Russian soldiers who have surrendered. On Thursday, Kremlin forces captured Sumy, 60km from the Russian border. By Saturday, however, locals appeared to have taken some of the city back, and to have captured a young Russian conscript, who appeared dazed and confused.

The invasion has caused a vast human exodus, with tens of thousands seeking refuge in the west of the country and beyond. It has also prompted a wave of patriotic feeling. From Lviv to Dnipro in the centre and Kharkiv in the east, volunteers have been picking up weapons, making molotov cocktails or removing road signs to confuse the invaders.

“I’ve had calls from 10 people asking how to help,” Lviv resident Olga Bileychuk said. “Some of the girls wanted to make molotovs but were told only boys could do it. It’s quite sexist.” Others were joining defensive units, she said. One friend gave his Land Cruiser to a Ukrainian soldier seeking to rejoin his brigade in distant Mariupol, which has been holding out against Russian attack.

The creative classes have also been doing their bit. Many have taken up arms, having originally fought in 2014 when Moscow annexed Crimea and kickstarted an armed uprising in the Donbas region. Two standup comedians were busy preparing food in a closed restaurant in Kyiv on Saturday, as a curfew was introduced. Others shared anti-Putin memes.

So how did we get here? One explanation is the increasingly erratic behaviour of Putin himself. Speaking before the invasion, a senior Ukrainian intelligence official said Russia’s president lived in a strange parallel reality. He had succumbed – like dictators before him – to believing his own version of the world.

“Putin thinks that Ukraine’s government is corrupt, western and irredeemably Russophobic,” the official said. “He understood the Ukrainian people, by contrast, would welcome Russia and intervention. He considers us to be rural Russians.” Putin’s spy agencies had told him what he wanted to hear, he added.

The official continued: “We have always understood Russians better than they understand us.” Other commentators noted that Putin, an amateur historian, had forgotten one of the great lessons of the second world war – that the best Soviet soldiers were Ukrainian.

It is impossible to know if there is growing unhappiness within Putin’s national security council over the decision to go to war. On the eve of the invasion last week all of its members signed off on Putin’s plan to recognise the separatist Donetsk and Luhansk People’s Republics as independent, an act that pushed the button on military action.

Western defence attaches have claimed that Valery Gerasimov, Putin’s most senior commander and the chief of the general staff of Russia’s armed forces, had warned the president that invading Ukraine might not be straightforward. And so it has proved. For now, though, Russia’s military and political leadership are firmly behind the operation.

As losses mount, difficult questions pile up for the Kremlin. In the face of Ukrainian intransigence and resistance, how does it intend to govern the country? Any Donetsk-style puppet government would lack legitimacy. Even if Moscow succeeds in seizing Kyiv, months and years of problems lie ahead. Nobody expects Ukrainians to capitulate. More likely is partisan war.

The driver who came across the broken-down military carrier best summarised Putin’s predicament. “I asked the whole column,” he said of the Russian soldiers. “No one knows where they are and where they are going.” 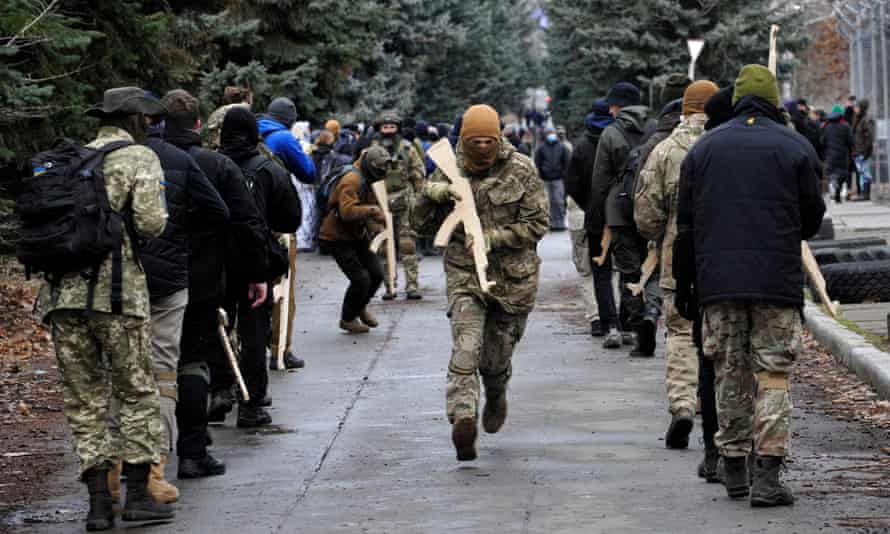 Rupee slips 31 paise to close at 74.86 against US dollar amid Ukaine crisis