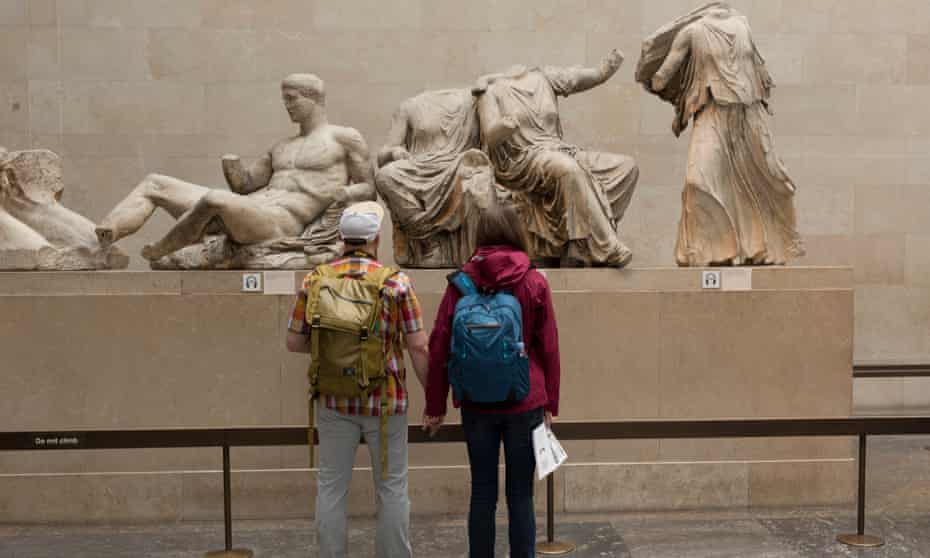 The Greek prime minister has demanded that the 2,500-year-old Parthenon marbles, which he accuses Britain of stealing, be returned to Greece, and even offered to loan some of his country’s treasures to the British Museum in an attempt to broker a deal.

Kyriakos Mitsotakis told the Daily Telegraph that the sculptures, also known as the Elgin marbles, belong in the Acropolis Museum in Athens.

However, Boris Johnson has previously ruled out returning them on the grounds that they were acquired legally.

Mitsotakis said: “Our position is very clear. The marbles were stolen in the 19th century; they belong in the Acropolis Museum and we need to discuss this issue in earnest.

“I am sure that if there was a willingness on the part of the government to move we could find an arrangement with the British Museum in terms of us sending abroad cultural treasures on loan, which have never left the country.”

The marbles were removed from the Acropolis more than 200 years ago by Lord Elgin in circumstances that have spurred one of the world’s most famous cultural rows and have long been the subject of dispute.

Mitsotakis said he would raise the issue with Johnson when the two meet next week for talks that could shape future relations between the two countries.

“Refusing to discuss the topic seems to me, given the context of everything that has been happening in terms of the return of cultural treasures, to be rather an anachronistic approach,” he added.

“It would be a fantastic statement by what Boris calls Global Britain if they were to move on this and look at it through a completely different lens.”

But Johnson dismissed the appeal for their return to Greece earlier this year, telling the Greek newspaper Ta Nea: “I understand the strong feelings of the Greek people – and indeed prime minister Mitsotakis – on the issue.

“But the UK government has a firm, longstanding position on the sculptures, which is that they were legally acquired by Lord Elgin under the appropriate laws of the time and have been legally owned by the British Museum’s trustees since their acquisition.”

Greece has long called for the reunification of the sculptures, displayed in museums across Europe but mostly in London, and says it is integral to understanding the artworks in the context of the Acropolis.