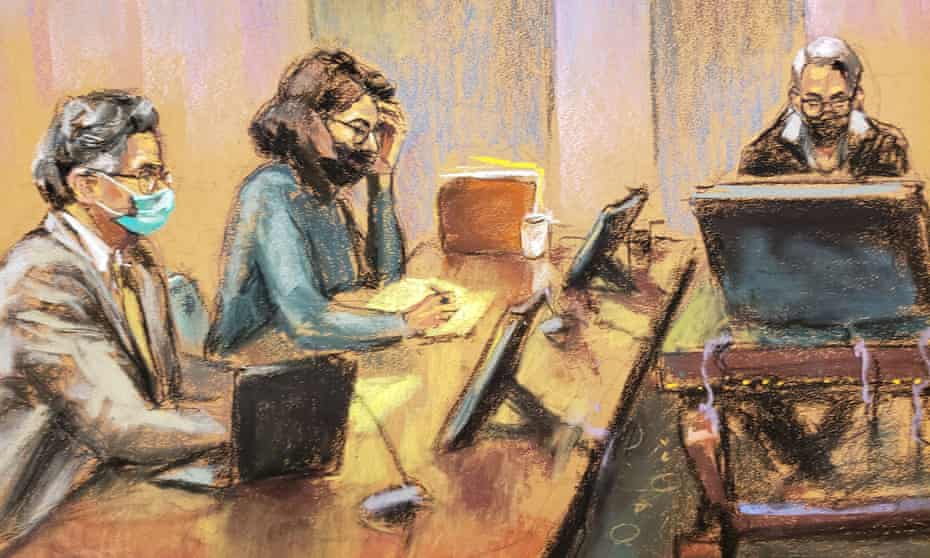 The trial of Ghislaine Maxwell in Manhattan federal court on sex-trafficking charges was set to enter a new stage on Monday, with prosecutors and defense attorneys presenting closing arguments. Proceedings were expected to take about five hours.

Following summations, the judge, Alison Nathan, will instruct jurors on the law and what it requires when they weigh the charges. Jurors could start deliberations on Monday afternoon.

Maxwell, 59, was arrested in New Hampshire in July 2020 for her alleged involvement in the sexual abuse of minor teens by Jeffrey Epstein, a financier and convicted sex trafficker who killed himself in custody in New York the year before.

The Briton, the daughter of the late press baron Robert Maxwell, pleaded not guilty on six counts.

Lawyers appeared in court before Nathan on Saturday for a charging conference, to confirm the judge’s instructions to jurors.

Revisions to instructions included Nathan referring to Maxwell as “Ms Maxwell” when addressing the jury. Normally, the accused is referred to as “the defendant” in jury instructions.

On Friday, when Nathan asked if she wanted to testify in her own defense, Maxwell pointed to her claim of innocence.

“Your honor,” she said, “the government has not proven its case beyond a reasonable doubt, and so there is no need for me to testify.”

Nathan warned both sides in court that she wanted all outstanding issues ironed out prior to summations, telling them: “I don’t want objections during closings.”

Maxwell’s team has maintained that she is a scapegoat for Epstein, who cannot be prosecuted because he is dead.

On Friday, Nathan told Maxwell’s lawyers: “There will be no argument on the government’s motivations.”

ATOM Price Prediction – Is the Cosmos Price Correction Over?

Duvet Puffers Are The Outerwear Trend That Feels Like Sleeping In

Our Industry Columnist’s 22 fashion predictions for 2022

ATOM Price Prediction – Is the Cosmos Price Correction Over?