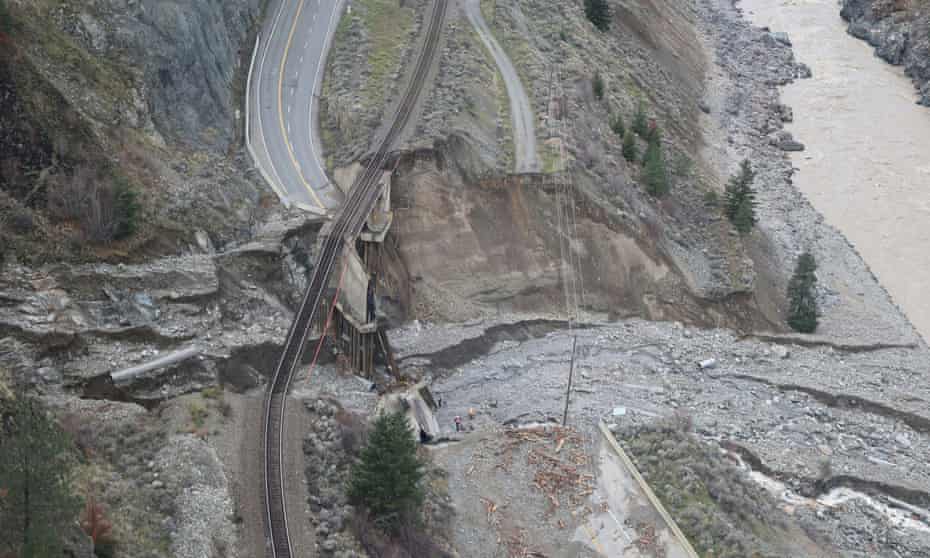 When flood waters swept away the highways in and out of Tricia Thorpe’s small town in the Canadian province of British Columbia, there was no way in or out for days. For a while, it seemed the road out of her property would be destroyed too.

“My eldest daughter thought I was going to flip out when there was no road access out,” said Thorpe, who lives in the small community of Lytton in Canada’s mountainous west, nearly 185 miles (300km) north-east of Vancouver by road.

“But we’ve been through so much now that sometimes you’re sort of numb as to what’s going to happen next.”

She had good reason to be emotional – the devastating floods arrived just four months after much of her town burned to the ground during one of the worst wildfire seasons in the province’s history. Her own home and farm were completely destroyed in the July blaze. Thorpe spent weeks in a shelter and came back to find that the remains of some of the animals that had burnt to death in the fire were still on the property.

Thorpe is just one of hundreds of thousands of people in western Canada who are becoming used to catastrophic natural disasters both in summer and winter seasons, as the effects of climate change lead to “once-in-a-hundred-year” events striking much more often.

Three of British Columbia’s worst wildfire years have taken place in the last four years, and the widespread floods and mudslides last week took place after roughly a month’s worth of rain fell in a matter of days, leading to slides that tore apart highways and homes.

At least four people have died and about 18,000 people were stranded after all the major highways connecting Vancouver to the rest of the country were blocked by destroyed bridges and dangerous slides at points.

After all the destruction in recent years, Thorpe was prepared to take care of herself. She had extra food, water and gas to hunker down for days, and considered herself lucky that her new home wasn’t one of many that were damaged or completely destroyed in the floods.

“We were cut off from the rest of the world,” said Thorpe.

Others in the region’s mountain towns were even less fortunate. Roughly 30 miles to the east, the town of Merritt faced severe flooding when the river that runs through the community overflowed and swept through entire streets and homes.

City councillor Mike Bhangu said the river appeared to have carved a new path through town, creating an isolated island where some homes and farmland used to be. He said the force of the water was severe enough that there was some talk of simply letting the new course of the river continue and to build around the change.

The city of 7,000 people remains under an evacuation order after the floods caused its water treatment systems to fail, and the local government has warned residents not to drink tap water even if they boil it first.

While Merritt didn’t experience flames during the summer fires, Bhangu said his residents suffered from the thick smoke that covered the skies, and extreme heat that reached 44.5C at the height of a summer heatwave. There were tense times when the town was put on evacuation alert, and people were worried they could lose their homes to the fires.

The floods came when many in the city were still struggling with the emotional aftermath of the summer’s blazes.

“I don’t think we’ve had an opportunity to process the fire season,” said Bhangu, who himself has now evacuated to a nearby city after flood water swept through his town. “It takes some time after an event to grasp what you just went through and people didn’t have an opportunity to do that. It’s emotional, it’s stressful.”

The impact of the torrential rain has been widespread. Vancouver, which sits in a valley that funnels into mountainous terrain, has effectively been cut off from the rest of Canada, with road access only possible by a detour through the United States. Local media has reported panic buying that has left produce aisles empty, and the provincial government is limiting sales of petrol in regions near the slides after a gas pipeline was damaged in the storm.

Nienke Klaver and Edward Staples, who live near the town of Princeton in British Columbia, were also cut off when the town flooded and highways were blocked by landslides. Their home escaped the flood water because it is on higher ground, but they’re bracing themselves for weeks helping their friends who were less lucky.

After a summer of staying indoors to shield his lungs from thick smoke, Staples said he’s sad to see the loss in his community so soon after the fires. “It’s heartbreaking, I get choked up thinking about it,” said Staples. “These are real people who have lost everything and it’ll take months or years to get their lives in order.”

Staples and others voiced a sense of determination to build the community back in a way that better protects themselves from more frequent natural disasters.

Back in Lytton, Thorpe said the sense of community is what made her want to stay in the town, despite the terrible events over the past year. Volunteers in the community had come together to clean her property and build a new house in the aftermath of this summer’s fires, and she said the community will get through these floods together too.

“The people have been so resilient. This is where we belong, they’re family,” said Thorpe. 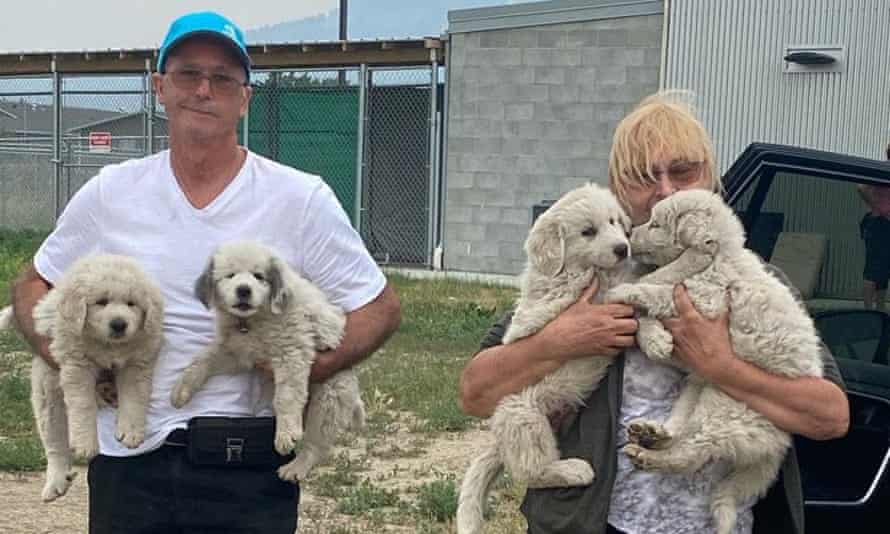 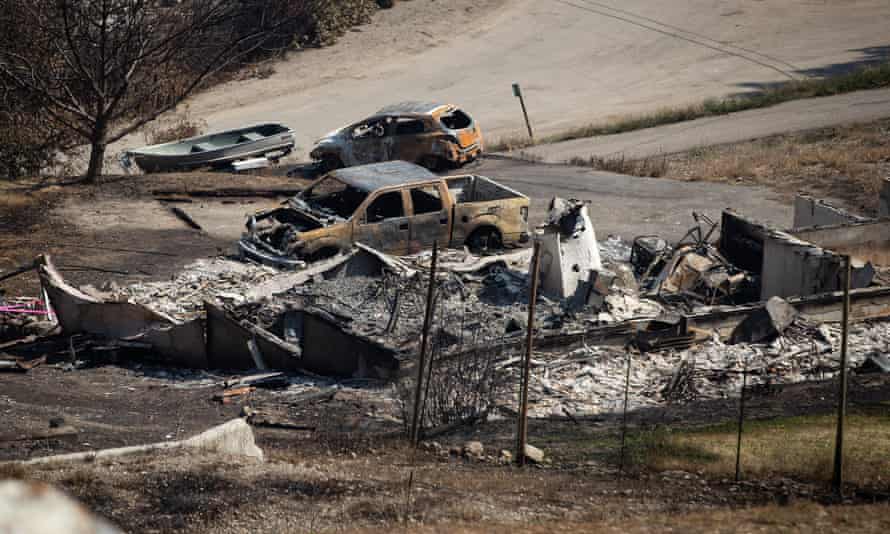 Bitcoin Is The World’s Most Efficient Value Settlement Network

Bitcoin, the most important innovation of your lifetime? With Dr. Saifedean Ammous (Hosted by...