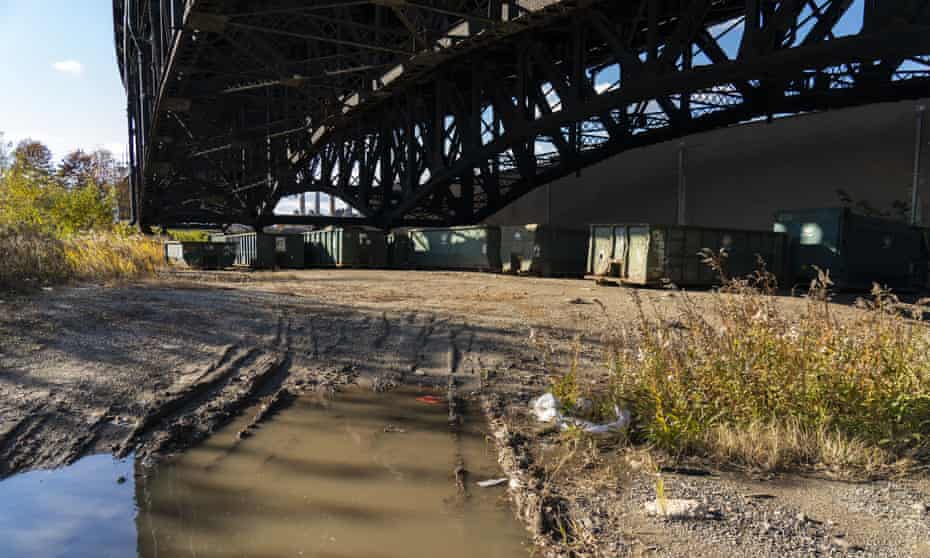 A half-century American fixation on the whereabouts of the remains of International Brotherhood of Teamsters boss Jimmy Hoffa has finally led investigators to a landfill in New Jersey.

The area of suspicion is on a Little League diamond on the landfill beneath the General Pulaski Skyway, a three-mile bridge that arches over a cinematically criminal evocative expanse of industrial wasteland and marshes west of Manhattan – one that once featured in marketing for the Sopranos TV show.

The FBI confirmed that its ongoing search for the Teamster boss, who disappeared in July 1975 after he showed up for a meeting with two mob bosses in Michigan, had begun anew after a March 2020 deathbed tip from landfill worker Frank Cappola who had told a friend that his father confessed he’d been ordered by unidentified men to bury Hoffa’s body in a steel drum.

A spokesperson for the FBI told the New York Times that agents from the bureau’s Detroit and Newark offices had carried out a site visit on the Jersey City side of the bridge late last month.

The location of the search is freighted with cinematic references: the opening sequences of The Sopranos depicts a car ride through the area, including shots of the Pulasky; in 2019, Martin Scorsese’s The Irishman, starring Robert De Niro and Al Pacino, offered a fictionalized account of Hoffa’s disappearance from the perspective of Mafia hitman Frank Sheeran.

While the FBI did not explicitly name Hoffa in its statement, saying only that it was “unable to provide any additional information”, sources at the bureau confirmed to NBC that the effort at the site was tied to Hoffa’s disappearance.

The search comes as the authorities attempt to address some of the nation’s most enduring crime mysteries and miscarriages of justice.

Last week, Manhattan district attorney Cyrus Vance said that decisions made by the FBI and its long-serving director J Edgar Hoover had led to the false convictions of two men for the assassination of civil rights leader Malcolm X.

The search for Hoffa’s remains has been long and circuitous. The FBI interrogated union leaders and Mob bosses and henchmen and began receiving tips that his body was buried in New Jersey landfill hundreds of miles from where he was abducted, found nothing, and filed the tips.

Years later, agents searched various locations in Michigan, including a farm, a driveway and beneath a swimming pool. Back in New Jersey, where by reputation Italian-American Mafiosi still hold sway over carting and trucking, criminal folklore has focused on the nearby Giants Stadium, which was under construction at the time of Hoffa’s disappearance.

But the theory advanced by The Irishman – that Hoffa had been murdered and incinerated – has largely been rejected by Hoffa experts. Dan Moldea, author of several books on Hoffa’s disappearance, told the Times that the New Jersey site is “100%” credible.

In July, Moldea published an article in Detroit Deadline placing Hoffa’s unmarked grave at a 53-acre landfill in Jersey City, New Jersey. He pointed to an FBI report four months after Hoffa disappeared that cited a visit Teamster boss, convicted murderer and FBI informant Ralph Picardo had received from Steve Andretta, an alleged Hoffa murder co-conspirator. The tip described Hoffa being stuffed into a 55-gallon drum, loaded onto a truck and shipped to New Jersey.

Mariska Hargitay and Peter Hermann: A Timeline of Their Lasting Relationship