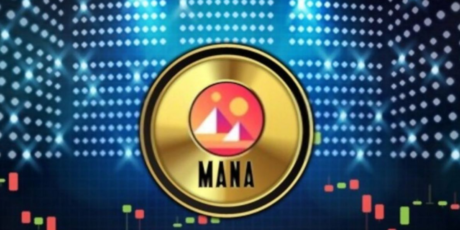 With the recent gains of Decentraland (MANA), crypto aficionados are expected to buy. MANA has sustained its bullish streak despite minimal decline seen in the past trading session. The coin opened at a lower price but quickly maneuvered and retraced after retesting at $1.02.

Consequently, a breach above $1.0 is set to generate massive gains. Looking at the daily chart, MANA price has skyrocketed with an increase of 2.20% in the past 24 hours, and has been up 15% in the last three days. The price action shows how MANA is holding it strongly at the $0.99 mark.

Seeing the Inverted Head and Shoulder formation shows a bullish trend predictive of a breach on the higher zone. Further, MANA’s price is consistently trading above the 50-day EMA as seen in the past few days which confirms a potential breakout. MANA buyers are looking at the $1.12 mark which may be followed through at $1.30.

While MANA moves into an asymmetrical triangle pattern, it’s shaping up to form a double top. With the price having retraced from that point and could now test at $0.92. Additionally, the price also gave way to a bearish Bat pattern which rarely happens.

MANA is definitely shooting for an upward trend on the higher timeframe but a correction moving near $0.90 is possible with a lower time frame. So, once the price breaches $1.0,  it signals a great buying opportunity.

Despite the rapid price fluctuations of Decentraland (MANA), analysts have always been bullish on the token. Being a metaverse token, MANA has strengthened in price since last year with the launch of Meta (formerly Facebook).

In a world that is said to be owned by users or the metaverse, MANA has proven time and again that as a frontrunner in crypto gaming, it can be the king of the metaverse or of the 3D virtual world.

Decentraland is known as the first-of-its-kind virtual world that is wholly owned and created by users. Decentraland also has its own NFT marketplace. Users can freely explore and trade inside the ever-evolving metaverse. They can buy and sell plots of land and even pets like cats with the MANA.

More so, Decentraland has a DAO pretty much like RoboApe. With that being said, MANA hodlers have the say and can vote about changes they want in the Decentraland. The meme token culture is continuously shaped and modified in a safe metaverse.

To date, the Decentraland marketplace has a total of 160,000 sales plus a trading volume that peaks at as much as $348.84 million.

What Are Rug Pulls? Can NFTs Get Rug Pulled?

Will ETH 2.0 Be The Much Needed Catalyst for Ethereum Price Rally? – Coinpedia...

How Bitcoin Can Help Muslims Follow The Teachings Of The Quran

Ethereum eyes a breakout, and bulls could be preparing to pounce in