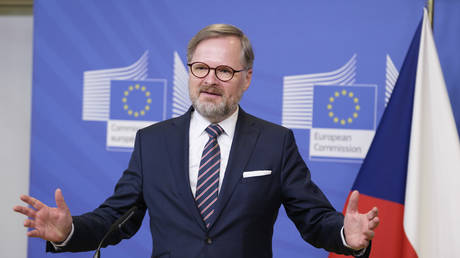 Czech Republic Prime Minister Petr Fiala announced on Thursday the closure of two Russian consulates in the cities of Brno and Karlovy Vary. They will also be recalling ambassadors for consultation from Russia and Belarus, amidst escalated tensions between Moscow and Kiev.

Furthermore, consulates in St. Petersburg and Yekaterinburg in Russia will suspend operations, the prime minister announced at a summit in Brussels.

Also among the country’s responses to Russia is a suspension on granting visas to Russian citizens.


Over 4M new Sweatcoin wallets created in less than a month

Fiala wrote in a Thursday tweet that he “stands” with Ukraine. The prime minister has described Russian President Vladimir Putin’s recent recognition of breakaway territories in the country as an “unprovoked Russian military invasion.”

“Our response to the Russian invasion will be clear, harsh and as swift as possible,” he said.

In these dark times, let me express my deepest solidarity and support also directly to Prime Minister @Denys_Shmyhal and his government. Our response to the Russian invasion will be clear, harsh and as swift as possible. We stand with Ukraine and your people, Prime Minister.

You can now rent entire capsule collections from Scanlan Theodore, Sir the Label and...