British and French leaders have traded accusations after at least 27 people died trying to cross the Channel in the deadliest incident since the current migration crisis began.

In a phone call with Boris Johnson on Wednesday night, French president Emmanuel Macron stressed “the shared responsibility” of France and the UK, and told Johnson he expected full cooperation and that the situation would not be used “for political purposes”, the Élysée said.

Thirty-four people were believed to be on the boat when it sank on Wednesday, leading to what the International Organisation for Migration said was the biggest single loss of life in the Channel since it began collecting data in 2014. Two survivors are in intensive care.

The British prime minister renewed calls for France to agree to joint police patrols along the Channel coast, and said Wednesday’s incident highlighted how efforts by French authorities to patrol their beaches “haven’t been enough”.

“We’ve had difficulties persuading some of our partners, particularly the French, to do things in a way that we think the situation deserves,” he said on Wednesday. “I understand the difficulties that all countries face, but what we want now is to do more together – and that’s the offer we are making.”

The French have previously resisted UK offers to send police and Border Force agents to mount joint patrols amid concerns about the implications for national sovereignty.

“France will not let the Channel become a cemetery,” Macron said.

The French interior minister, Gérald Darmanin, called for coordination with the UK, saying “the response must also come from Great Britain”.

The House of Commons is set to hold a debate on “the numbers of migrants arriving in the United Kingdom illegally by boat” just before midday on Thursday, according to a recently released parliamentary schedule.

Speaking on Newsnight, immigration compliance minister Tom Pursglove confirmed Johnson had renewed a previous offer for UK police and Border Force officers to take part in joint patrols with the French, and said the last incident showed the two countries needed to deepen their cooperation.

“The prime minister and President Macron have had exactly that discussion this evening. That is something that I am very keen to see happen,” he said. “It is the case that in the past we have offered to host and to help with joint patrols. I think that could be invaluable in helping to address this issue. I really do hope that the French will reconsider that offer.”

A spokesperson for Johnson said the two leaders had agreed to the urgency of stepping up joint efforts to prevent the deadly crossings. They also highlighted the importance of working closely with Belgium and the Netherlands, as well as other countries across the continent.

The mayor of Calais, Natacha Bouchart, said it was the British who were to blame and called on Johnson to “face up to his responsibilities”. “The British government is to blame. I believe that Boris Johnson has, for the past year-and-a-half, cynically chosen to blame France,” she said, according to French media reports.

The Channel is one of the world’s busiest shipping lanes and currents are strong. Human traffickers typically overload the dinghies, leaving them barely afloat and at the mercy of waves as they try to reach British shores.

Both countries cooperate to stem migration across the Channel but also accuse each other of not doing enough – and the issue is often used by politicians on both sides pushing an anti-migration agenda.

Darmanin told a news conference in Calais those who died in Wednesday’s tragedy included five women and a girl. He said the boat that sank had been “very frail”, and compared it to “a pool you blow up in your garden”.

He said 34 people were believed to have been on before it sank and it was not clear what country the victims originally came from.

Four suspected traffickers have been arrested, two of whom later appeared in court, he said.

Refugee charities called on the government to save lives by opening safe routes for asylum seekers to apply to come to the UK without taking to the sea.

Enver Solomon, the chief executive of the Refugee Council, said: “How many tragedies like this must we see before the government fundamentally changes its approach by committing to an ambitious expansion of safe routes for those men, women and children in desperate need of protection?

“Every day, people are forced to flee their homes through no fault of their own. Now is the time to end the cruel and ineffective tactic of seeking to punish or push away those who try and find safety in our country.”

An emergency search was sparked at about 2pm on Wednesday when a fishing boat sounded the alarm after spotting several people at sea off the coast of France.

The latest deaths follow others reported but unverified in the Channel in recent weeks, amid a record number of people attempting the crossing. On 11 November, a total of 1,185 people arrived in England by boat, the most in a single day.

More than 25,700 people have made the dangerous journey to the UK in small boats this year – three times the total for the whole of 2020, according to official figures.

It was widely expected that the number of crossings would reduce in the winter. Instead, bigger boats have been used to bring people to the UK in greater numbers. 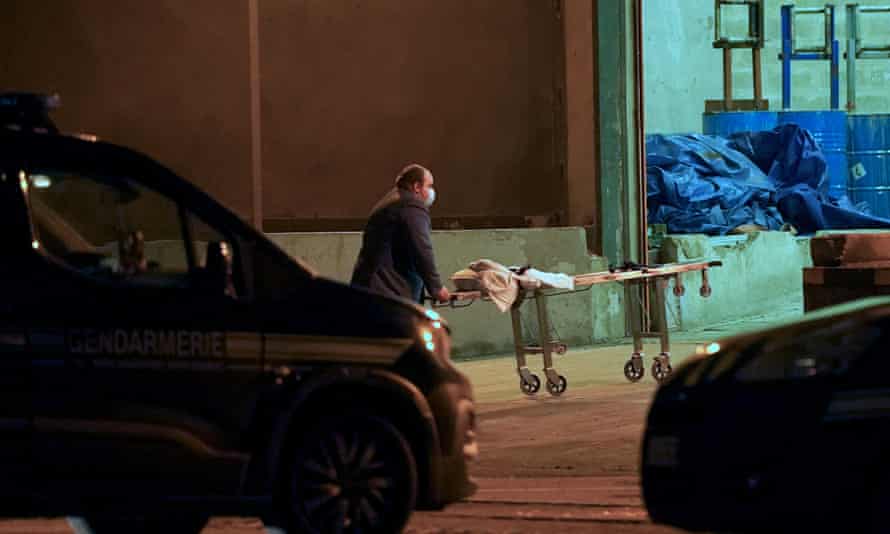 It’ll be ‘jab or death’ for anti-vaxxers, Orban predicts