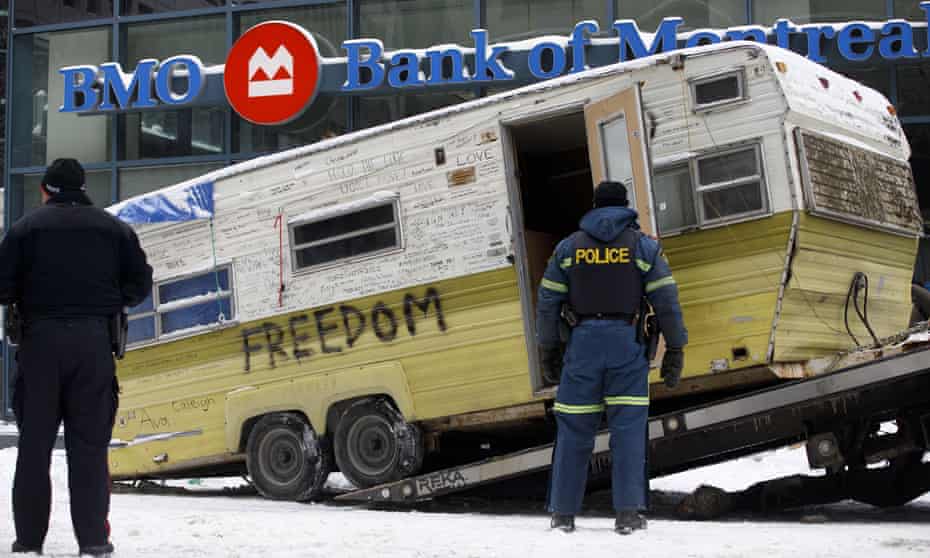 Canadian police on Sunday secured the downtown core of Ottawa with fencing, as city workers cleaned up trash and snow plows cleared streets after two days of tense standoffs and 191 arrests ended a three-week occupation.

The protesters initially wanted an end to cross-border Covid-19 vaccine mandates for truck drivers but the blockade turned into a demonstration against Trudeau.

Seventy-six vehicles had been towed, police said on Sunday as stragglers packed up a logistics depot the so-called “Freedom Convoy” had set up in a parking lot to supply protesters camped several kilometers away, in front of parliament. Police handed out flyers, warning them to leave or risk arrest and a fine.

“We were running support for the convoy and the people in the downtown core – food, fuel, basic necessities,” said Winton Marchant, a retired firefighter from Windsor, Ontario. “This was the base camp and we are cleaning up.“

On Saturday, police used pepper spray and stun grenades on protesters, clearing most of the area in front of parliament. Other demonstrators abandoned positions in downtown during the night.

“We’re not done with this operation yet,” Bell said, adding that over the “next several days” police will determine “how we maintain a presence and make sure that nobody returns to occupy our streets again”.

For the first time in weeks, there was only snow and silence downtown. Trucks blaring horns were gone. One resident said he felt relief.

“We seem to have gotten over the hump,” Tim Abray told the Canadian Broadcasting Corp. (CBC). But Abray said political division will not go away so easily.

Protesters who were filmed by police and have left the city will be held to account, Bell said.

“We will actively look to identify you and follow up with financial sanctions and criminal charges,” he said, adding: “This investigation will go on for months to come.”

During the past two days of protests in Ottawa and British Columbia, where a group temporarily shut down a border crossing south of Vancouver on Saturday, TV reporters were harassed, insulted, threatened and pushed.

The Canadian industry minister, François-Philippe Champagne, said on Twitter such treatment of journalists was “profoundly disturbing”.

One criminal investigation into treatment of a member of the media was ongoing, Bell said, adding: “The media has been subjected to slurs, to abuse.”

Trudeau invoked emergency powers to give his government wider authority to stop the protests, including powers to freeze the bank accounts of those suspected of supporting the blockades.

So far, 206 bank and corporate accounts have been frozen and one financial institution blocked a “payment processor” account holding C$3.8m ($2.98m), police said, adding that they were still collecting information on companies and people.

Parliament continued debate the emergency powers, with a required vote and expected passage due on Monday. The powers were fundamental in coordinating police to break up the Ottawa protest, Bell said.

The emergency preparedness minister, Bill Blair, suggested that the extraordinary powers may not be needed much longer.

“We’re tracking it hourly,” he told the CBC. “They will only be in place as long as they are needed to get the job done.” 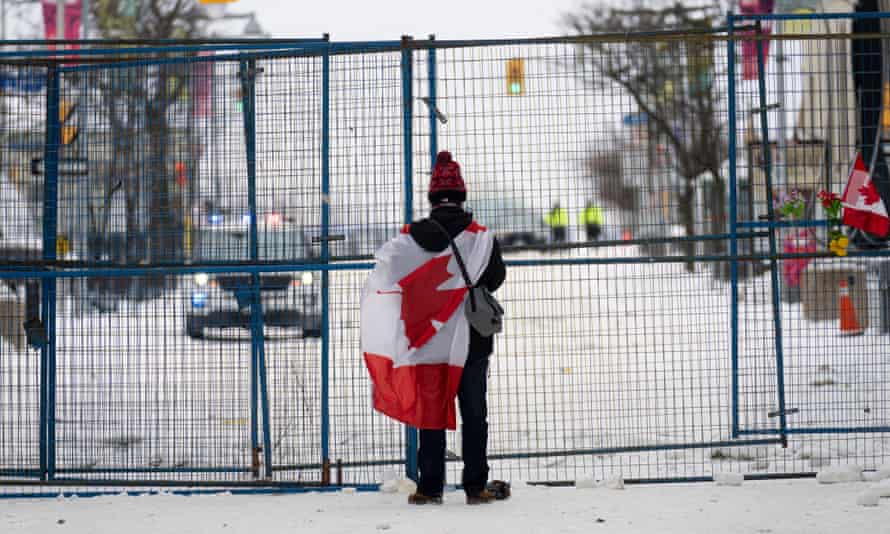 Can On-Chain Indicators Call Tops And Bottoms For The Bitcoin Price?

Rupee appreciates 17 paise to 77.17 against US dollar in early trade

Life in the Beijing Olympic bubble