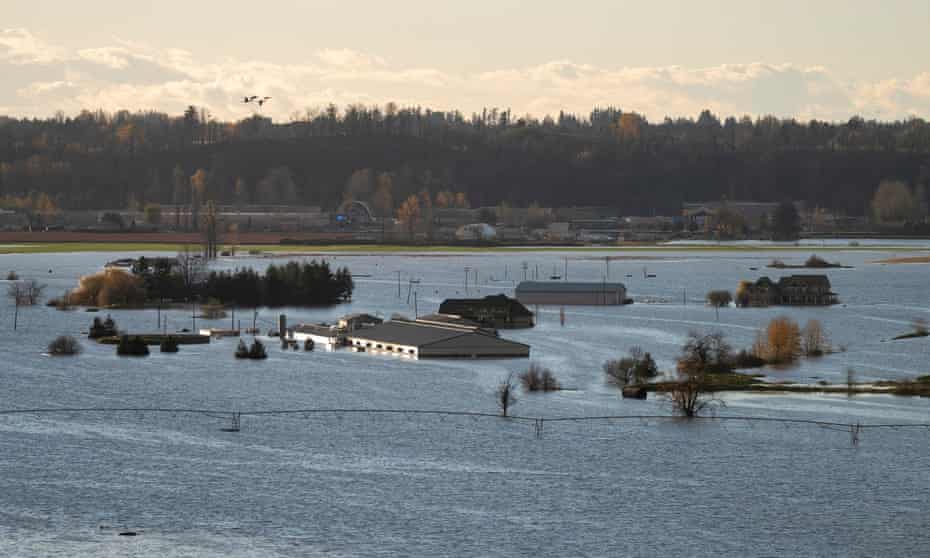 Communities in western Canada are bracing for more damage as torrential rain is forecasted next week in areas already devastated by heavy flooding. Hundreds of troops have been deployed to Canada’s westernmost province to help residents stranded by landslides, struggling to find food among bare grocery store shelves.

“I am not concerned about today’s rain. What I’m concerned about is next week, and what’s coming,” Abbotsford mayor Henry Braun told reporters Thursday morning as officials kept close watch over a pumping station. If the pumps failed, Braun warned, the results would be “catastrophic” for a community already grappling with thousands of drowned farm animals and a bill that could reach $1bn to rebuild the city.

As the province braces for a better understanding of the sheer toll of the disaster, including warnings to expect more fatalities, residents say the recent days have exposed the vulnerability of small communities to natural disasters worsened by the climate crisis.

When Krystal Babcock got word that a wildfire was approaching her community of Merritt earlier this summer, she and her family prepared to leave as dark clouds of smoke blacked out the sky. The town was spared but when turbid flood waters rushed through it months later, Babock knew she couldn’t leave.

As officials issued a mandatory evacuation order, she stayed behind.

She and a handful of others are the few that remain in the mountain town submerged in muddy water earlier this week. The family has taken to using their motorhome as a restroom and are washing everything “pioneer style” in basins after the town’s water treatment plant shut down. They have enough food and friends have passed them water and supplies at a police checkpoint near the town limits.

“We’re just trying to help each other out and survive,” she said. “But right now, we’re literally cut off from everything.”

But as she cares for her parents, Babcock has grown frustrated that more care wasn’t taken in helping people evacuate, especially those with greater needs who have difficulty moving.

With most roads closed, the majority of Merritt’s 7,000 residents travelled to nearby Kamloops, where they were told by emergency services that shelter and warm food was waiting. Soon, stories began trickling back of long lines to find shelter.

Melanie Racher arrived in Kamloops with her husband, family dog, diabetic mother and elderly father to find hundreds of people waiting ahead of them to be temporarily housed – and quickly hundreds lined up behind her. Despite promises from emergency services she would get a call, none came.

“We ended up sleeping in our car. And there was elderly people outside in the snow, sleeping, having to wait overnight”, she said. “And they never got phone calls back either.”

Frustrated, the family drove an hour and a half east to Vernon, where they rented a hotel room.

“We ended up depleting my dad’s savings account for the room. We’re very fortunate to have the money – but we can’t do this for months or weeks. We don’t know how long that’s going to happen,” she said.

With major highways washed out across the southwestern areas of the province, travelers have remained trapped for days.

Allie Dexel was driving home over the weekend when she and her partner narrowly missed multiple slides that choked off traffic and destroyed sections of the highway.

“We spent a cold night in the car with no water left next to the mountain which had copious amounts of water coming down off of it onto the road,” she said. “We were worried there would be another landslide where we were, but we had nowhere else to go.”

The couple eventually joined 300 other stranded stranded travelers at Camp Hope, where they have been since Monday. Dexel has a spotty internet signal from a diesel generator, but no mobile reception. She sleeps on a mattress on the floor but considers herself lucky.

Food was recently brought in by helicopter, neighbors with chickens have provided eggs and the Chawathil and Skawahlook First Nation sent over canned salmon and a bag of rice. Members of the Lytton First Nation, who are also at Camp Hope after being displaced by fires months ago, have also welcomed the newcomers.

“Initially I was so focussed on surviving and coping with being caught up in a natural disaster that I was only really aware of our immediate situation,” she said. “Every time I see a new image, I feel like I have to stare at it for minute to really believe it. It’s impossible not to reflect on climate change and worry about our future with the flooding and slides after the wildfires we had in the summer.”

As Babcock surveys her community, now covered by muddy debris and a fresh dusting of snow, she also worries how vulnerable her family will be in the future and how long they can stay.

“The water has never done anything like this. I would have never thought that that water could come that fast … There was no time before the town was turned into a river,” she said.

“This has been a really big eye opener for us. We were thinking of moving before, but this has pushed us even more. We all know the town is in a floodplain. But the fact that it can happen this fast from rain is just unbelievable.” 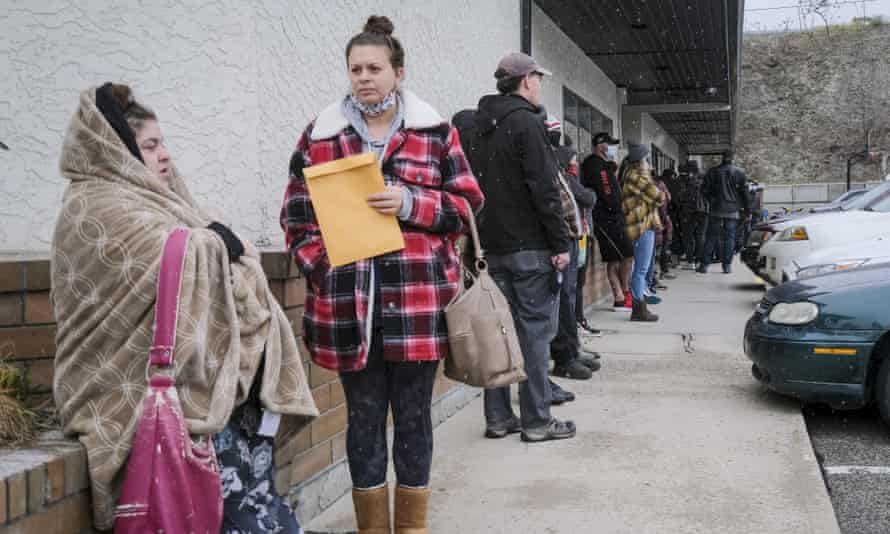 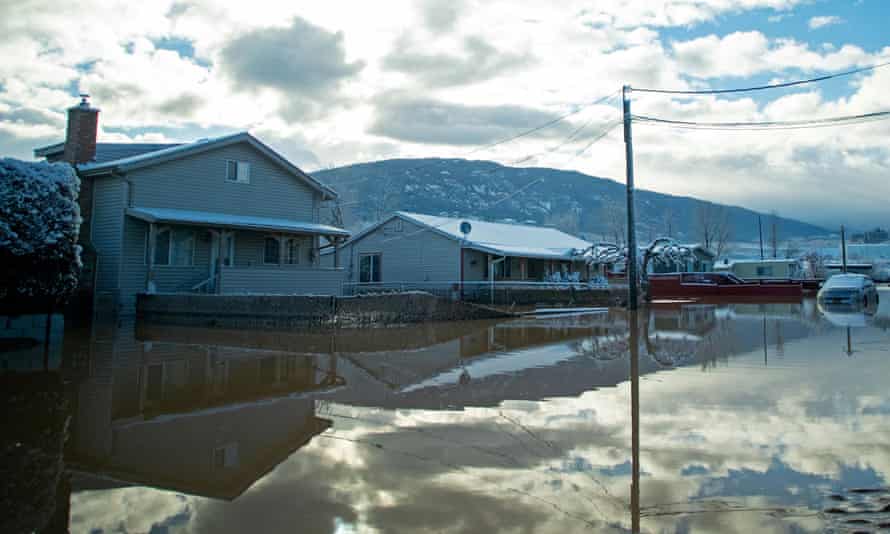 Thanks to the pandemic, broadband is reaching more remote areas in Alaska

Australia’s cosmetic surgery industry is under external review, here’s what it means for your...