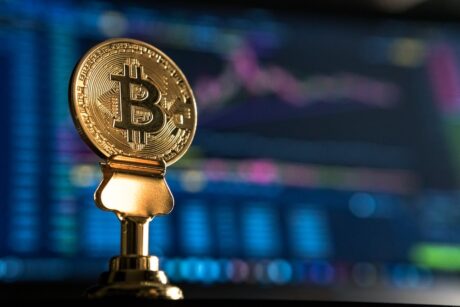 The best risk-on asset in the past decade, Bitcoin, is in a process of transition. Senior Commodity Strategist for Bloomberg Intelligence, Mike McGlone, said in a recent interview with Kitco News’ “On The Spot”.

This process is painful as crypto investors can confirm but could take the benchmark crypto to new highs. In the past 6 months, the price of Bitcoin dropped from an all-time high of $69,000 to its current levels of around $30,000.

In the short term, the pain has been more pronounced with Bitcoin recording 9 consecutive weeks in the red. McGlone believes the cryptocurrency and other risk-on assets are responding to the current macro-economic outlook.

The crypto market has experienced some of the best performance in global markets. The rally in the nascent asset class usually corresponds to 4 years cycles with parabolic bull runs followed by multi-year bear markets.

Many in the sector believe cryptocurrencies entered their bear phase or the “Crypto Winter”. The losses have been compounded by two factors: the beginning of economic tightening measures by the U.S. Federal Reserve, and the collapse of the Terra ecosystem.

In that sense, McGlone argued that Bitcoin and other cryptocurrencies must face the biggest losses as they recorded the largest gains. This process is called “Mean Reversion” when an asset trends in a direction and then reverses to a “mean” price or bottom.

On the latter, the Senior Commodity Strategist said it’s “hard” to calculate an exact price bottom. Bitcoin has been moving in tandem with the Nasdaq 100, and both recently hit their 100-week moving average when BTC’s price dropped to $30,000.

McGlone claims the trends seem to hit at further losses, but Bitcoin should “come out ahead”. This potential rally will be driven by “institutional bids”, as BTC continues to be adopted by worldwide institutions, and because of the cryptocurrency’s “inelastic supply”.

What Will Take Bitcoin To $100K

Despite its recent growth, McGlone claims a small part of investment firms included BTC as part of their portfolio. This could change in the coming years, as Bitcoin becomes “global collateral” and begins a new ascent towards $100,000 by 2024.

I think $30,000 is a very good support pivot in Bitcoin. It basically needs the equity to keep going down for it to push it lower. But what I sense it’s (BTC) pumping into good support and I fully expect, it could get to $20,000 but I doubt it does, within the next two years it’s going to get back to and get to $100,000.

The current downtrend might be a good thing for some of the strongest projects in the crypto industry. This will help remove speculative assets and leave those projects with robust fundamentals.

These projects could be able to continue getting market shares from traditional markets. As the expert said, the crypto market was only 0.5% of the market cap for global equities. Now it’s around 1%.

In the coming years, as the economy becomes deflationary and equities trend lower, McGlone believes Bitcoin and Gold will be two of the best assets to hold. However, the precious metal could lose market share to the number one crypto.

At the time of writing, BTC’s price trades at $29,700 with sideways movement in the last 24-hours.

Cardano Mithril Update – Over 1000 projects to be built

Less than a Month after Launching, Over 100 Token Pools Deployed on Bancor v3