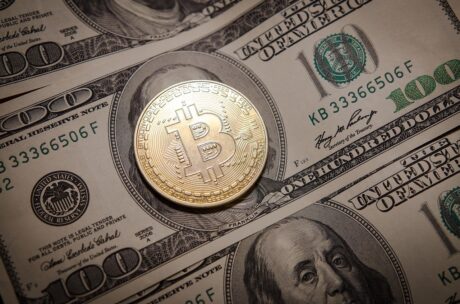 The recent crash in the crypto markets took everyone by surprise, especially Bitcoin. Many coins lost value drastically and very fast at that. Even the number one crypto Bitcoin took a big hit when investors kept selling out in panic. While many are hoping for a recovery, the storm is still rising. Also, many speculations abound in the market as investors are thrown in disarray.

With all the chaos, it’s no surprise that the co-founder of BitMex predicts both Bitcoin and Ethereum bottom levels. According to Hayes, Bitcoin will relax at $25,000-$27000, while Ethereum will remain at $1700-$1800. This is a far cry from what both cryptos were trading some months back.

On his reasons for making the predictions, Hayes pointed out that the sale of 80,000 BTC done recently by Terra has reduced the frenzy to sell Bitcoin.

The crypto market commenced a downward trend when the Federal Reserve announced increased taxes. While some investors were still undecided about selling or not, the market dived down to the worst as soon as the tax became effective.

The incident caused panic selling, and many investors lost their investments. For instance, Bitcoin that reached the $40K resistance spiraled downwards and has lost at least 9.40% since then. Apart from the prices of crypto that fell, the global cryptocurrency market also decreased drastically.

Is There Any Hope For Bitcoin and Ethereum Recovery?

According to Hayes, no one can predict a recovery in the nearest future. The increase in rates by the Federal Reserve was to help the fight against inflation. Unfortunately, these conditions are still prevalent, and the rates are still there. So, the market is still not ready to move.

Another reason for the downward trend that went out of control was short-term crypto investors. This group doesn’t believe in waiting it out until profitability returns.

They’re more willing to sell at a lower loss than hold their assets uncertainly for the future rally. Even with that, Hayes believes a recovery might come later. But if it must happen, many sellers have to exit their positions and grab some value.

As for the time to expect the rally, Hayes hinted that it might happen when short-termers sell off their holdings. So, he advised that all investors remain patient and still hope that Ethereum might still hit the $10,000 predictions by the year’s end.

Can Web3 free users from monopolies to become its center?