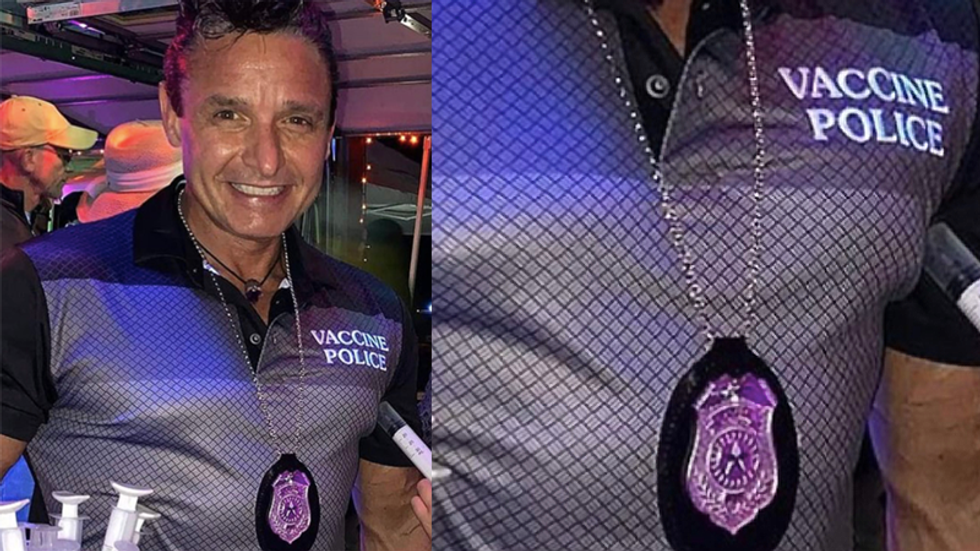 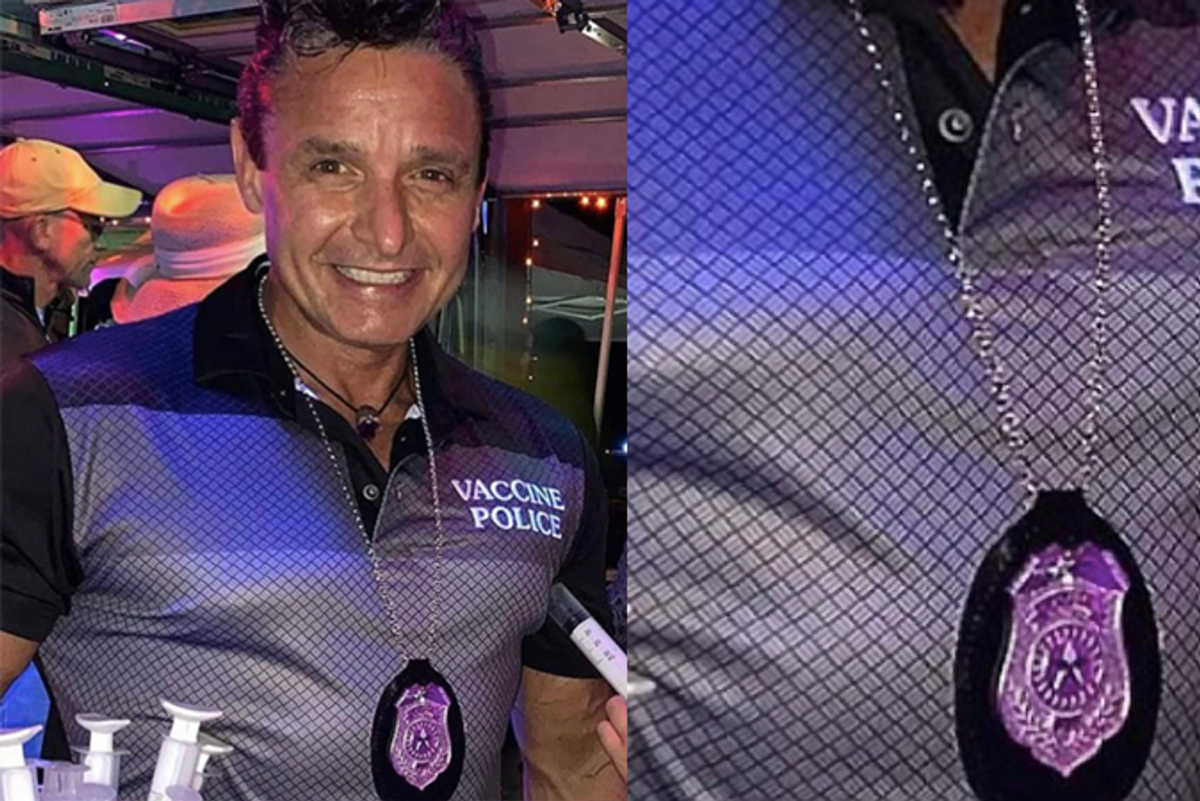 It was just a week ago that anti-vaxxer Christopher Key said that he would start performing citizens’ arrests on Americans, including elected officials like Louisiana Gov. John Bel Edwards (D).

“I am the vaccine police,” Key said on Clay Clark’s daily show, according to the Daily Beast. “We have shut down pharmacists. We have shut down boards of education. And we will be arresting the governor of Louisiana on February the 7th if he does not stand down and not vaccinate the children of Louisiana.”

Now Key is not only wandering around claiming he’ll perform arrests, he’s impersonating police officers by wearing a fake badge.

Impersonating an officer or firefighter in Louisiana is a criminal offense. The law specifically cites a person using a false badge.

“Whoever commits the crime of false personation of a peace officer shall be fined not more than one thousand dollars or imprisoned with or without hard labor for not more than two years, or both,” the law outlines.

In August, The Washington Post reported that Key went after pharmacists claiming that he would “execute” them if they continued to give COVID-19 vaccines.

See the photos of Key below:

Anti-vax \u201cVaccine Police\u201d organization leader Christopher Key – who has proudly started he is going to conduct citizen\u2019s arrests on Democrat governors – is now riding around the country with a badge that looks like a police badge and has a ton of firearms.pic.twitter.com/Sz84nQzca9

Old Lady Lives in Seclusion for 23 Years until Cops Break Down Her Door...