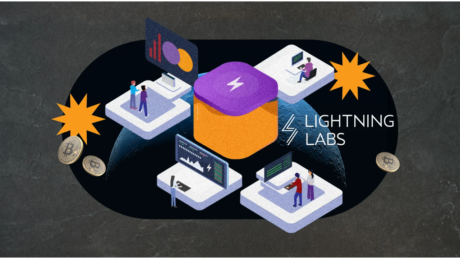 One of the leading crypto platforms, AAX has been making waves with lots of new developments. Recently, the platform announced its integration with the Bitcoin Lightning Network, which was soon followed by another update regarding its support for TARO — a protocol that enables asset issuance on the Bitcoin network. To satisfy our curiosity, we decided to throw a few questions at Ben Caselin, the head of research and strategy at AAX for some insights.

And, here’s how our short interview went.

Q: We have been hearing about many developments happening at AAX, with the latest one being the integration of Lightning Network. Before we dig deeper, can you please tell our readers more about AAX?

A: AAX launched in November 2019 with a keen focus on institutional standards. It is currently among the most prominent exchanges in the Asia-Pacific region and is quickly expanding into other continents. Our platform is powered by LSEG Technology – the same technology that powers London Stock Exchange, Borsa Italiana, and Oslo Stock Exchange.

We at AAX are deeply committed to accelerating the adoption of Bitcoin and digital assets. As of now, our platform can process most orders in under 800 microseconds, paired with a myriad of crypto and DeFi-centric products. In 2022, we are focusing on expanding our work in key emerging markets such as Brazil, Nigeria and Turkey to provide everyone with access to the benefits of crypto.

Q: How is AAX different from other crypto exchange platforms?

A: For instance, AAX offers the lowest fees on the market and above-market yields across savings. We are known for our prompt customer service, which we offer 24×7 across multiple languages. On top of it, AAX is the first exchange to switch to the Satoshi standard. Following this, we also launched the first SATS spot market with zero trading fees.

Q: Tell us more about Lightning Network integration and how it is expected to help the users.

A: Lightning Network is a second-layer solution on top of Bitcoin that is experiencing accelerating adoption, especially in emerging markets. This is mainly because transacting in bitcoin on the Lightning Network is almost without cost, and settlement is near-instant. To that extent, adding support for Lightning opens up a new on-ramp for those holding bitcoin in a Lightning app to make deposits in AAX. This, in turn, makes withdrawals cheaper while facilitating smaller transactions (something that works in line with our SATS spot market).

By integrating the Lightning Network, AAX aims to enable small traders/holders to enjoy the benefits of lower fees and minimum limits. Additionally, this integration allows for arbitrage between other Lightning-integrated exchanges by plugging AAX into a rapidly growing bitcoin payment network that the likes of Twitter are also integrating. The result will help AAX lower barriers to participation, thus accelerating crypto adoption.

Q: What are the changes you expect to see in the user behavior and experience on AAX following the Lightning Network integration?

A: Many bitcoin-focused community members look for exchanges supporting the fast and cheap funding method. We expect to experience easier onboarding in Latin America, where the Lightning Network is seeing rapid uptake. Additionally, the integration also opens up the door to more partnerships for liquidity provision and potential innovation around Lightning-based yield products.

Q: Is there a migration process or some sort of action the users have to take from their end to benefit from Lightning Network?

A: Lightning Withdrawals will only be helpful for users who have a Lightning app or if they are withdrawing to another exchange that supports Lightning Network. Users could also pay Lightning invoices with their bitcoin funds on AAX.

Q: Do you think people will be interested in using BTC on the Lightning Network during this period of market uncertainty?

A: Bitcoin is a volatile asset, and as a means for day-to-day payments, it’s probably too volatile for many people. But there are multiple teams working on bringing additional capabilities to this technology. One that we’re excited about is TARO, a project that wants to add generalized smart contracts and tokens to Bitcoin, using the same basic technology as the Lightning Network.

Its biggest selling point is of course the ability to transact in stablecoins: cheap fees, and instant settlement of Lightning, but without the price volatility of BTC.

Q: What are some of the opportunities with TARO and how is this protocol different from other alternative first and second-layer chains like say Solana, Polygon, or Ethereum?

A: In Taro, smart contracts and asset transfers are not executed by the blockchain, and they are also not enforced by the blockchain. Instead, transfers are executed by the sender of an asset (who has to make a corresponding bitcoin transaction), and enforced by the recipient, same as the Lightning Network. The Bitcoin network of course holds the “checkpoint” data to make sure that if somebody cheats, the transaction sequence can be reverted to the last shared point.

Q: When will AAX integrate TARO as well?

A: It’s still too early to say as the project is in testnet, and the TARO team right now is not committing to any mainnet launch dates. Development is clearly well underway, and we could expect to see the project live quite soon. AAX will of course integrate it as quickly as possible once it’s live and has seen some real-world testing.

Q: Can you tell us more about the Satoshi (SATs) Standard and the reason behind adopting it?

A: There is a price unit bias that gives newcomers to the space the impression that Bitcoin is expensive while meme coins are cheap. This is a misconception – adopting a SATS standard counters the price unit bias. For instance, the smallest bitcoin unit of measurement is a Satoshi (SATS) with a value of 1 SATS equivalent to 0.00000001 BTC.

Not only is SATS the answer to the users’ perceived problems of bitcoin unaffordability and inaccessibility, but it also is expressive of a long-term vision and bullish expectation around the long-term growth of bitcoin. There are only 21 million bitcoins that can ever exist, and since there are more than 7 billion people, it is expected that over time, SATS will be adopted as the more practical denomination.

Q: Will there be any confusion among new users on the platform who are used to BTC denomination while using the SATs standard?

A: Whenever a new concept is introduced, people need time to get acquainted with it – that’s basic human nature. That said, SATS is well-known in the crypto space, and as people “stack SATS” and participate in the conversation, it’s pretty easy to switch between denominations. If people can understand cents, they can get SATS. In fact, SATS are easier to understand and calculate and will play a crucial role in facilitating micropayments and transaction fees on AAX.

Q: What are the other developments in store for AAX?

A: We significantly increased retail trading volume in 2021 as we onboarded thousands of new users. In 2022 and beyond, we want to keep the momentum going as we expand our user base across emerging markets. This year AAX is focused on more product localization efforts to match the benefits of crypto with the specific needs of communities. We will also focus more on crypto projects designed to drive impact, especially around important humanitarian goals – this is how we intend to build community, advocate for the space, and work to make crypto a force of good.

5 Top Cryptos to Buy This Week

Can Fedimints Help Bitcoin Scale To The World?

What Is ETL And How Does It Work: Explained | Cryptocurrency News | Bitcoin...