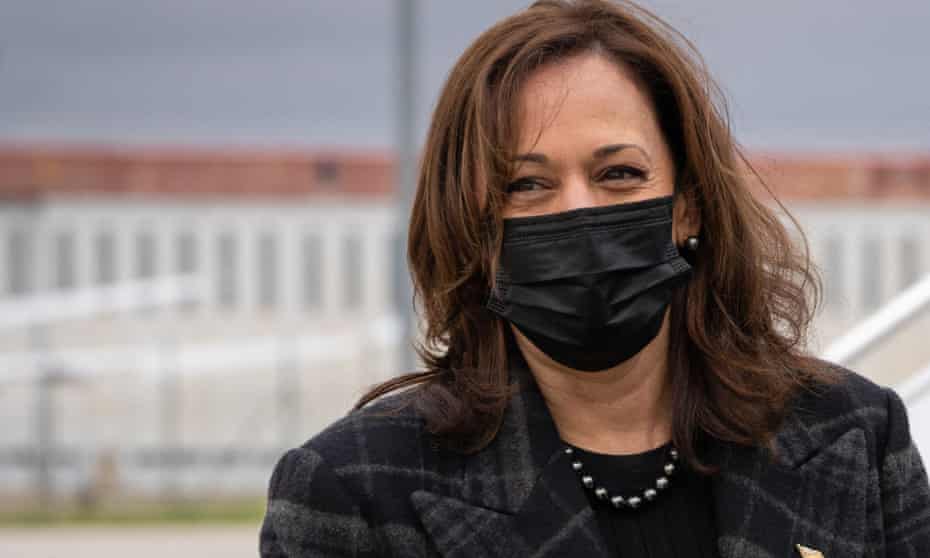 John Nance Garner, vice-president to Franklin D Roosevelt from 1933 to 1941, famously said the office “wasn’t worth a bucket of warm piss”. Kamala Harris may now agree.

The White House was moved to defend her on Sunday night, after leading US media outlets portrayed a VP struggling to make her mark.

“For anyone who needs to hear it,” said the White House press secretary, Jen Psaki, Harris “is not only a vital partner to [Joe Biden] but a bold leader who has taken on key, important challenges facing the country – from voting rights to addressing root causes of migration to expanding broadband.”

Psaki was firing back on multiple fronts.

On Friday, as Harris wrapped up a visit to France, the New York Times said: “Ten months into her vice-presidency, Ms Harris’s track record on delivering on the administration’s global priorities has been mixed.”

Célia Belin, of the Center on the United States and Europe at the Brookings Institution, told the paper: “I think she’s been really hidden this whole time and out of the sight of most Europeans. I think she’s been quite under the radar.”

Then, late on Sunday, CNN published a lengthy report headlined: “Exasperation and dysfunction: Inside Kamala Harris’ frustrating start as vice-president.”

The report contained supportive voices, including the White House chief of staff, Ron Klain, who said Harris was “off to the fastest and strongest start of any vice-president I have seen”.

CNN said Klain emphasised Harris’s work on Covid vaccine equity and foreign policy, and said: “Anyone who has the honor of working closely with the vice-president knows how her talents and determination have made a big difference.”

But CNN also said Klain was “known as a Harris defender in the West Wing”. Like much in the piece, it was unattributed. CNN said it spoke to “nearly three dozen former and current Harris aides, administration officials, Democratic operatives, donors and outside advisers”.

Its report began with a stark statement: “Worn out by what they see as entrenched dysfunction and lack of focus, key West Wing aides have largely thrown up their hands at [Harris] and her staff – deciding there simply isn’t time to deal with them right now, especially at a moment when Biden faces quickly multiplying legislative and political concerns.”

Success on one of the biggest such concerns, the bipartisan infrastructure bill, will see the White House host a signing ceremony on Monday, a chance for the president to bask in public victory at a time when his poll ratings – and Harris’s – are sliding.

Reports on Harris’s fortunes generally include discussion of her own political future.

As the first Black and Asian woman to be vice-president, she is assured of her place in history. But Biden is nearly 79 and may not run for re-election. Speculation continues to mount over Harris’s chances in a contest for the next Democratic nomination, perhaps in opposition to Pete Buttigieg, who ran much more strongly in 2020 and who as transportation secretary has made a confident start to Washington life.

Like Harris, Buttigieg has been attacked by the right – if not so bizarrely as in claims last week that Harris spoke with a French accent while in Paris. Buttigieg recently took paternity leave after he and his husband adopted twins. Criticised by Fox News hosts and others, he was defended by the White House.

An unnamed “former Harris aide” told CNN it was “hard to miss the specific energy that the White House brings to defend a white man, knowing that Kamala Harris has spent almost a year taking a lot of the hits that the West Wing didn’t want to take themselves”.

There is also a typically outlandish Washington rumour, that Biden might remove Harris as VP by appointing her to the supreme court.

Speaking to the Times, the former Connecticut senator Chris Dodd, a close Biden friend, said: “I’m hoping the president runs for re-election, but for whatever reason that might not be the case, it’s hard to believe there would be a short list without Kamala’s name on it. She’s the vice-president of the United States.”

CNN reported perceived missteps by Harris, struggles to form a relationship with Biden beyond “an exhausted stalemate” and problems with staff. But one of the most widely discussed quotes was attributed to “a top donor to Biden and other Democrats”.

“Kamala Harris is a leader but is not being put in positions to lead,” the donor said. “That doesn’t make sense. We need to be thinking long term, and we need to be doing what’s best for the party.

“You should be putting her in positions to succeed, as opposed to putting weights on her. If you did give her the ability to step up and help her lead, it would strengthen you and strengthen the party.”

Ask A Sex Therapist: Why do I feel so much pressure to have ‘the...

Ethereum Price Prediction – 3 Reasons Why ETHER is a Strong BUY