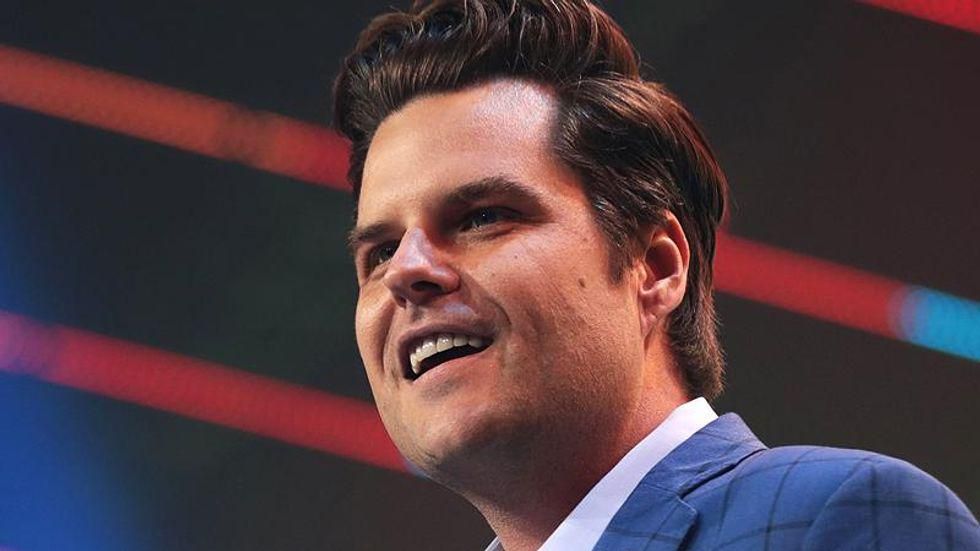 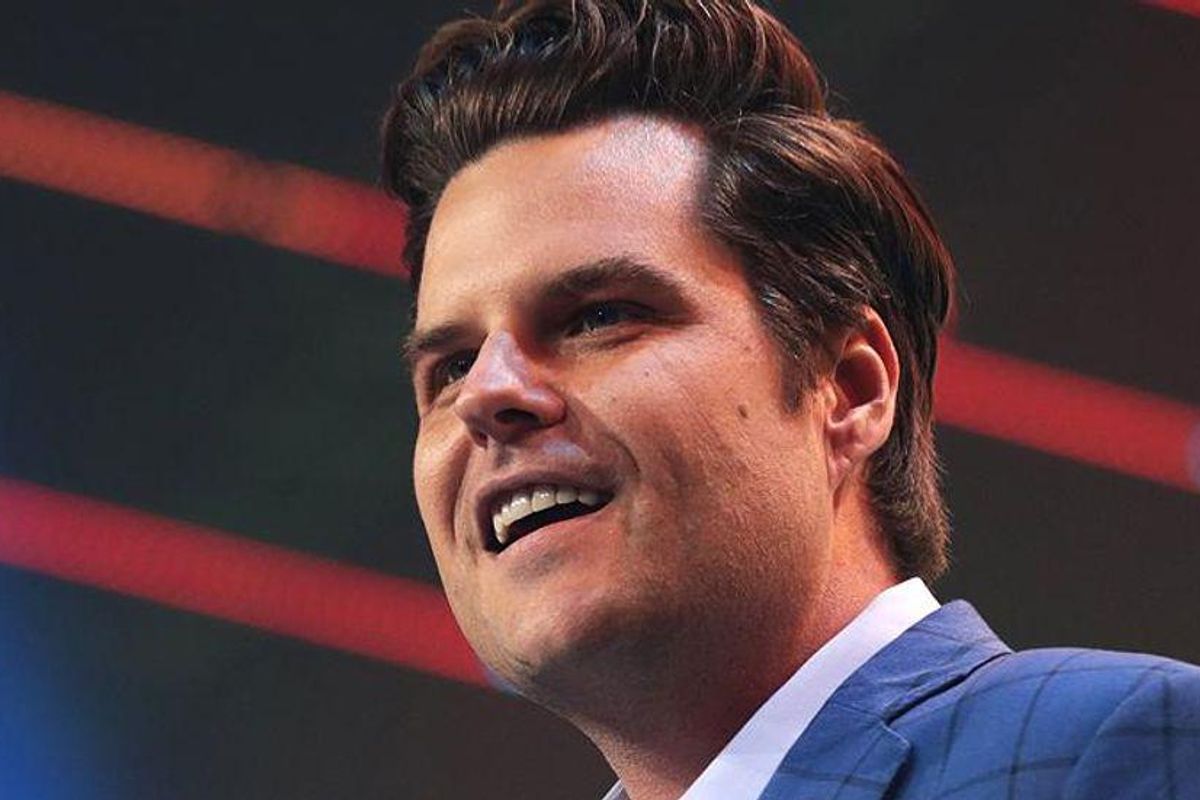 Seth Meyers on Wednesday night took aim at Florida Republican Congressman Matt Gaetz — and other “sycophants in the Trump cult” — who’ve been floating an “insane” plan to install the former president as House speaker if they win back the majority in 2022.

“Their only goal is power, and they’re laser-focused on getting ready for the next coup, after nearly pulling off the last one,” the Late Night host said of the GOP. “Yesterday a group of Republicans including Matt Gaetz even went so far as to suggest that if they win back power in 2022, they would spend most of their time trying to prove the unhinged conspiracy theory that the Jan. 6 insurrection was actually staged by the FBI. Gaetz added that they would focus on that rather than on working with Democrats to pass legislation.”

Meyers then played a clip from the Tuesday news conference in which Gaetz said, “The notion that Republicans are going to take control of the House and we’re going to hold hands in the warm spring rain with the Democrats and legislate is ludicrous.”

“All right, no one thinks you’re going to legislate,” Meyers said. “But what was that about holding hands in the warm spring rain? Is that a Four Seasons lyric? Is he in the touring company of The Jersey Boys? Because that would explain the hair.”

After singing a few bars from the Four Seasons’ “Oh, What a Night,” Meyers played another clip of Gaetz saying he wants to install Trump as speaker — which somehow led to a tangent in which the host imitated the former president asking Amazon’s Alexa why Melania isn’t talking to him. Alexa’s response: “Because she hates you!”

“The point is these people’s depravity truly knows no bounds,” Meyers concluded. “Trump let a deadly pandemic ravage the country leading to mass suffering. He stoked a violent coup to overturn an election, and he personally came into contact with more than 500 people after testing positive for COVID and hiding it. And yet his sycophants in the Trump cult are still willing to do anything to get him back into power.”

“Trump could take a dump on the Constitution, and they’d say it was just a little schmeered,” Meyers said, referring back to an earlier portion of his “A Closer Look” segment about Fox News reporting on a “cream cheese shortage.”

Watch below (the Gaetz stuff begins at the 7:25 mark).


Republicans Want to Make Trump Speaker of the House if They Win in 2022: A Closer Look